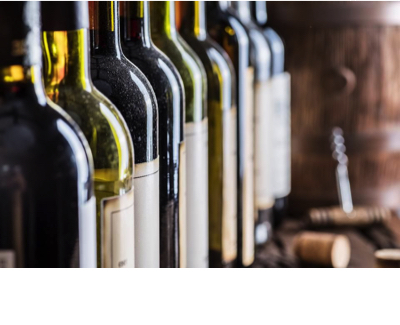 Montreal, August 22, 2019 — Canadians for Justice and Peace in the Middle East (CJPME) urges the Canadian government to respect the July 29 Federal Court decision in David Kattenburg vs. Attorney General of Canadadetermining that labelling Israeli “settlement” wines as “Products of Israel” is both inaccurate and misleading.  In respect of this ruling, the Canadian Food Inspection Agency (CFIA) must henceforth insist that, to be sold in Canada, such wines conform to this decision.  To demonstrate respect for international law, CJPME urges the Canadian government to accept – and not to appeal – the July 29 Federal Court ruling.

For the past two years, CJPME has closely followed this case, urging the Canadian government ensure transparency and compliance in regard to the labeling of wines coming from the Middle East, specifically the Palestinian Territories.  In 2016, the UN Human Rights Council urged all states to avoid actions which “recognize or assist the expansion of [Israeli] settlements … in the Occupied Palestinian Territory, including East Jerusalem, including with regard to the issue of trading with settlements, consistent with their obligations under international law.” As Kattenburgmade clear, by accepting Israeli settlement wines as a “Product of Israel,” Canada was failing to distinguish between Israel and its settlements, which are illegal under international law.  Such a policy effectively normalized and legitimized Israeli settlement growth, facilitating their economic growth by allowing their goods and services to enter Canada tariff-free.

“This Federal Court ruling was a fair and reasonable ruling, which considered international law, long-standing Canadian foreign policy and Canada’s food safety laws.  Canada must respect the ruling, which gives proper priority to human rights and the integrity of Canada’s food safety,”   asserts CJPME President Thomas Woodley.  In wake of the Federal Court’s decision, CJPME recommends that Canada distinguish in its dealings with Israel and Israeli colonies and ensure that products from Israeli companies operating out of the West Bank be treated differently than those from Israel proper.

In explanations to the plaintiff in the Federal Court case, the government had suggested that Canada’s free trade agreement with Israel (CIFTA) justified the mislabelling of the wines because of the way it defined Israel’s borders. Nevertheless, Alex Neve, executive director of Amnesty International Canada and Michael Lynk, Special Rapporteur for the United Nations Human Rights Council on the situation in the Palestinian territories recently wrote a letter strongly criticizing CIFTA.  Neve and Lynk point out that the trade agreement is “contrary to Canada’s general duty to uphold international law, [and it] expressly violates both international and Canadian law.”

For more information, please contact Thomas Woodley on 438-380-5410
Canadians for Justice and Peace in the Middle East www.cjpme.org