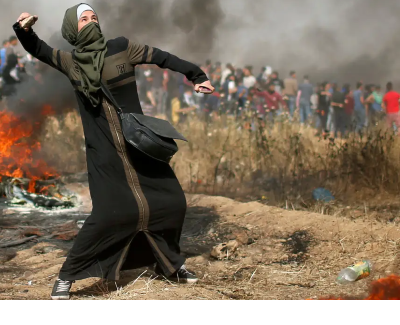 Montreal, October 22, 2019 — Canadians for Justice and Peace in the Middle East (CJPME) is not optimistic that Canada’s attitude toward human rights in the Middle East will change following the most recent federal elections.  Among other issues, Canada has come under harsh domestic and international criticism for its refusal to abandon arms sales to Saudi Arabia, despite that country’s atrocious human rights record.  Canada also continues to vote with a small minority at the UN, in an effort to shield Israel from criticism for its human rights abuses.  On these and other positions, Canada’s behaviour is unlikely to improve with the most recent election result.

“The Liberals should get the message that Canadians are not entirely happy with their performance these past few years,” asserts Thomas Woodley, president of CJPME.  “Trudeau and his new government need to consider the long-term consequences of their Middle East policies, and take a new tack which puts greater value on human life and international civil liberties following the election.”  While the NDP and Bloc Quebecois have often put principles above profit in their foreign policy positions, they will likely be unable to put an end to the “business-friendly, human rights be damned” foreign policy characteristic of previous Trudeau and Harper governments.

The Liberals won the most seats, 157, but that number fails to give them a majority in a 338 seat Parliament.  To govern effectively, they will need to rely on the support of one of the next three biggest parties: either the Conservatives, the Bloc Quebecois, or the NDP.  Unfortunately, on many of the key Middle East files, the Conservatives could be expected to support the Liberals’ poor human rights positions.  For example, the Liberal government is likely to favour unfettered trade with Egypt, Israel and Saudi Arabia, rather than sanctioning them for their human rights abuses.  The Conservatives are likely to support such an approach.

The NDP and Bloc have been more sensitive to the grievances of the Palestinians and other oppressed people of the Middle East compared to the Liberals and Conservatives.  For example, both are supportive of Palestinian human rights and self-determination.  Nevertheless, the only Middle East-related files where NDP support could likely make a difference would be with minorities, immigration and refugees.  Here, the NDP’s 24 seats will likely give the Liberals opportunities to introduce legislation or motions that are sympathetic to the civil liberties of refugees, Canada’s Muslims and other minorities.