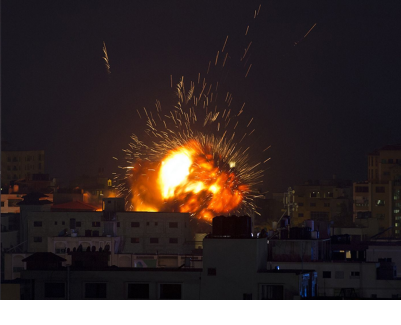 Montreal, November 15, 2019 — Canadians for Justice and Peace in the Middle East (CJPME) is deeply disturbed by the Canadian government’s one-sided response to the violence erupting in Gaza. CJPME calls on the Canadian government to condemn Israel’s killings in Gaza and follow through on its 2018 promise to establish an independent investigation to thoroughly examine the facts on the ground.

On Wednesday, November 13th, Canadian Foreign Affairs Minister Chrystia Freeland tweeted, “Canada strongly condemns the unacceptable firing of rockets at civilians in #Israel. Immediate de-escalation is necessary...” Such a statement lacks objectivity as it wrongly assigns blame to Palestinians for the recent violence in Gaza and makes no mention of Israel’s targeted killings of Palestinian civilians. CJPME notes that while Palestinian rockets have not resulted in a single Israeli casualty, Israel’s air strikes have killed 38 Palestinian men, women and children and injured dozens more, all within the past 48 hours.

CJPME President Thomas Woodley responded, “Canada must not be selective in its condemnation of violence against civilians – whether Israeli or Palestinian. The Liberal government’s failure to condemn Israel’s killings of Palestinian civilians not only shows a disregard for Palestinian lives but blames Palestinians for their own deaths.”

CJPME is disappointed that like the Canadian government, the Canadian media has taken the same one-sided approach, choosing to rely on Israeli government and military sources, while failing to include Palestinian perspectives in their coverage. The Canadian media has reinforced Israel’s discourse of ‘self-defence,’ holding Palestinians accountable for the violence they are experiencing. CJPME points out that as the occupying force, Israel has a responsibility under international law to ensure the well-being of Palestinians in Gaza – a responsibility it has ignored for years. It is therefore extremely misleading when the Canadian government or Canadian media try to sum up Israel’s violence as self-defence, especially in the context of violence against civilians, which is a grave violation of international law.

Today, CJPME joined 14 other Palestinian-Canadian and Arab Canadian organizations who penned a letter calling on the Canadian government to be impartial in its responses to the violence in Gaza.  For over a decade, Israel has been imposing an air, sea and land blockade on the Gaza Strip. The United Nations has warned that if the siege of Gaza persists, by 2020 Gaza will be uninhabitable.