CJPME: US Government Doesn’t Dictate the Law on Israel-Palestine 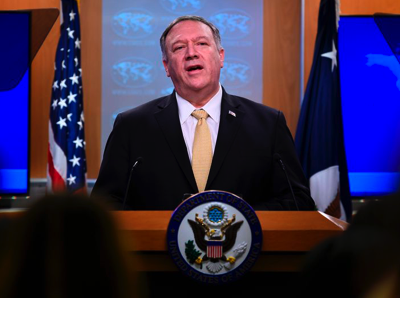 Montreal, November 19th, 2019 — Canadians for Justice and Peace in the Middle East (CJPME) decries the American government’s ridiculous attempt to legitimize Israel’s illegal colonies (aka “settlements.”) CJPME calls on all Canadian political parties to immediately reject the Trump administration’s “decree” on the matter, and to condemn Israel’s ongoing colonial ambitions in Palestinian territory.

Yesterday, US Secretary of State Mike Pompeo reversed decades of longstanding American foreign policy on Israeli colonies by suggesting that “the establishment of Israeli civilian settlements in the West Bank is not, per se, inconsistent with international law.” CJPME notes that contrary to Pompeo’s claim, Israeli colonies do in fact violate Article 49 of the Fourth Geneva Convention – international law – which clearly states that an occupying power cannot transfer its civilian population or build civilian settlements on occupied territories. Moreover, Pompeo’s announcement contradicts the American government’s own voting record at the UN, where just three years ago it voted in favour of UN Security Council Resolution 2334 (Dec. 2016) which condemned Israeli colonies a “flagrant violation of international law.” CJPME President Thomas Woodley responded, “International law is not a matter of personal opinion. Therefore, Secretary of State Pompeo cannot unilaterally reverse established instruments of international law and decades of legal precedent.”

Pompeo’s announcement is the latest in a series of pro-Israel and anti-Palestinian moves that the Trump administration has carried out. Since his election, Trump has moved the American embassy to Jerusalem, cancelled funding to vulnerable Palestinian refugees, expelled Palestinian representatives from Washington D.C., and has developed a one-sided ‘peace’ plan that disproportionately favours Israel. Thomas Woodley continued, “This latest announcement is another nail in the coffin for illusory American support for a fair settlement to the Israel-Palestine conflict, as continued Israeli colonization of Palestinian territory contradicts everything negotiations are intended to achieve.”

Saeb Erekat, the Secretary General for the Palestinian Liberation Organization (PLO), is calling on the international community to “take all necessary measures to respond [to] and deter this irresponsible US behavior." Since yesterday, the EU repudiated the American government’s new position on illegal Israeli colonies. Thus far in Canada, NDP Leader Jagmeet Singh has been the sole Canadian political leader to speak out against Pompeo’s announcement. Canadian political leaders must join our allies in reproaching the US for its indefensible support for Israel’s criminal actions, which are costing Palestinians their fundamental freedoms and future self-determination.