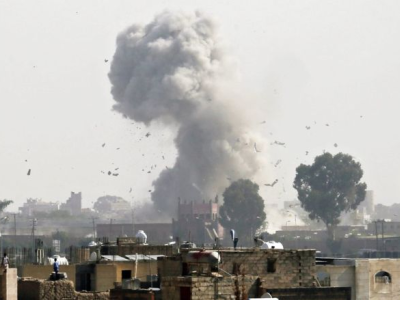 On 17 September 2019, the day Canada formally acceded to the Arms Trade Treaty (ATT), the Deputy Ministers of International Trade and Foreign Affairs signed off on a redacted memorandum which indicates that, while Saudi Arabia’s overall human rights record remains “problematic,” federal officials “did not identify any existing permits or pending applications that would be of concern under the standard robust risk assessment framework.”

GAC appears to have concluded that, because it could not identify any credible evidence linking prior Canadian exports to contraventions of international law, future arms exports do not pose a substantial risk of being used to commit such crimes.  This leap in logic is not supported by any evidence in the unredacted portions of the memo.  Alarmingly, the report is entirely dismissive of the findings of the United Nations Group of Eminent Experts on Yemen report, which confirmed that over the past five years, the conflict in Yemen has given rise to a multitude of war crimes. Importantly, the report specifically raises concerns about the involvement of parties to the Arms Trade Treaty in perpetuating the conflict, characterizing ongoing transfers by Arms Trade Treaty parties as “questionable.”

For more information, please contact Miranda, 438-380-5410
Canadians for Justice and Peace in the Middle East www.cjpme.org