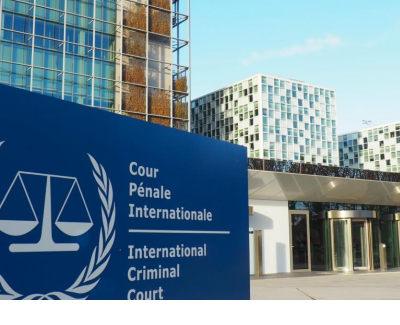 Montreal, December 23, 2019  — Canadians for Justice and Peace in the Middle East (CJPME) calls for the Canadian government to endorse Friday’s announcement by the International Criminal Court (ICC) that it wishes to proceed with an investigation of war crimes in Palestine-Israel.  Whereas the US is not a member, and the Trump administration has announced that it considers itself and Israel to be deserving of immunity from prosecution by the ICC, Canada is a member, and must support the work of the ICC.  Moreover, should the ICC find Israeli or Palestinian leaders guilty of war crimes, Canada will need to be prepared to arrest these individuals should they travel to Canada.

Whereas Israel has condemned the announcement by the ICC, the Palestinian leadership has welcomed the decision.  If the ICC proceeds, both Israeli and Palestinian leaders could be indicted for war crimes.  CJPME points out that this has been a long-awaited step, and that after four years of waiting for the ICC to complete a ‘preliminary investigation,’ the delay is a de facto denial of justice for the Palestinians.  “We will be watching the Canadian government closely,” asserted Thomas Woodley, president of CJPME, “Whether they support this initiative at the ICC, and whether they are prepared to arrest individuals indicted by the ICC.”

Despite being pleased with the ICC’s apparent readiness to proceed with an investigation of war crimes, CJPME is concerned with the prosecutor’s decision to make the investigation dependent on a ruling as to whether the ICC has jurisdiction over the Palestinian territories.  In its legal arguments, Israel raised self-serving questions of jurisdiction, suggesting that because Palestine isn’t universally recognized as a state at the UN, war crimes there exist in a type of legal limbo.  CJPME is deeply concerned that this step by the ICC prosecutor is driven by international political pressure to delay and divert the investigation.

Israel raised issues of jurisdiction in 2004 when the International Court of Justice (ICJ) ruled on the legality of Israel’s actions in the occupied Palestinian territories (OPT.)  At that time, the ICJ found Israel’s jurisdictional and other objections to be unfounded, and issued a scathing critique of Israel’s human rights abuses in the OPT.  While Israel ignored the decision of the ICJ in 2004, its leaders will be individually vulnerable if the ICC finds them guilty of war crimes.