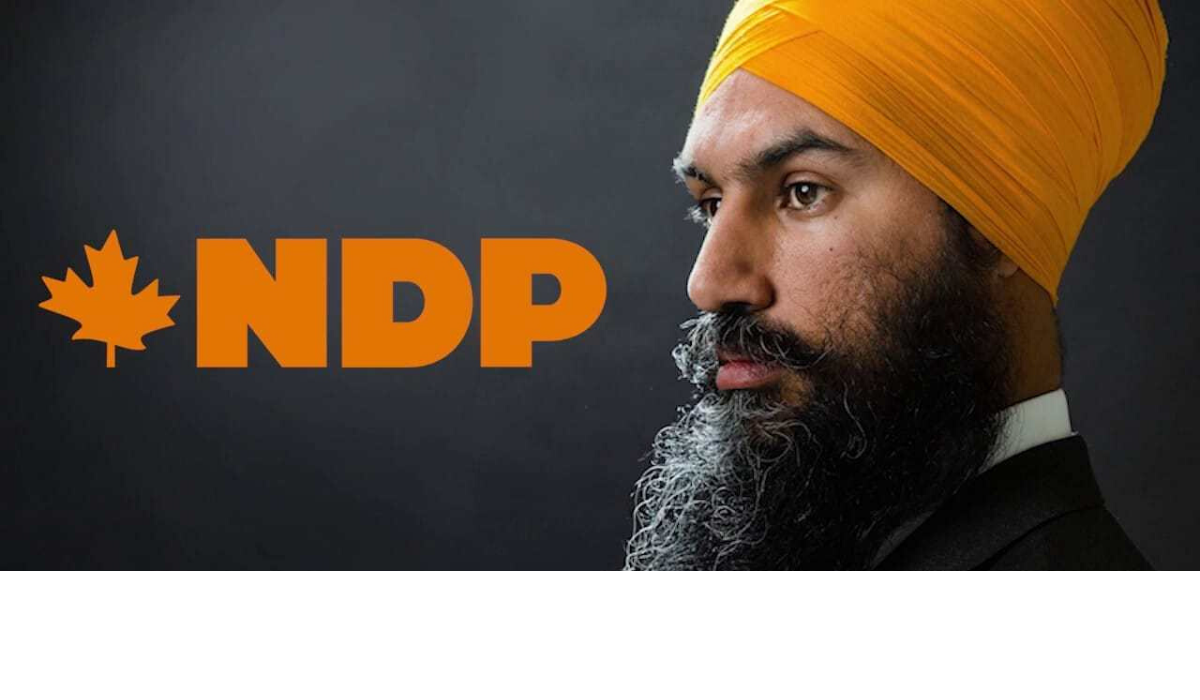 Montreal, January 2, 2020  — Like many Canadians, Canadians for Justice and Peace in the Middle East (CJPME) was disappointed to hear NDP leader Jagmeet Singh disavow the Boycott, Divestment and Sanctions (BDS) campaign targeting Israel in a podcast late in December.  During the podcast (https://t.co/aqaUY51GiA), Singh said that he personally doesn’t support BDS, and considers it counterproductive to Middle East peace.  He also said, “The official position of the [NDP] is that we do not endorse BDS.  The issue has been raised in convention and has been defeated in convention.”  In fact, polls show, and CJPME observes that many Canadians – especially NDP voters – strongly support democratic, participatory, non-violent strategies like BDS to pressure Israel to respect the human rights of Palestinians.

“Singh and the NDP will not win support by distancing themselves from the BDS movement,” asserted Thomas Woodley, president of CJPME.  “Rather, the NDP will attract voters by taking principled positions – like supporting BDS – which resonate with Canadian values of social justice, economic justice and the rule of law.”  CJPME points out that poll results published in 2017 indicate that 84% of NDP voters considered sanctions on Israel to be reasonable.  The same poll indicated that 88% of Green voters, and 75% of Liberal voters also considered sanctions on Israel to be reasonable.

Singh’s comment about his personal opinion of BDS is puzzling, as he has previously expressed support for sanctions as a response to human rights violations in Israel-Palestine.  In his response to CJPME’s leadership candidate questionnaire in 2017, Singh wrote about BDS, “I am open to considering the use of sanctions in response to human rights violations.”  In that same response, he pointed out how he had been the only member of the Ontario Provincial Parliament to speak out against a Conservative motion condemning BDS campaigns.  In his podcast comment, Singh reiterated his belief that support for BDS as freedom of speech must be permitted.

Singh’s comments about the NDP position on BDS are also puzzling.  Truth be told, the NDP as a party has never had the opportunity to pronounce itself on the issue of BDS.  At the most recent NDP policy convention which took place in Ottawa in 2018, there were several resolutions advanced which related to the situation in Israel-Palestine.  None of them explicitly mentioned BDS.  The one resolution which spoke most directly of economic pressure on Israel for its human rights abuses only proposed, “Banning settlement products from Canadian markets, and using other forms of diplomatic and economic pressure to end the occupation.”  This resolution had more riding association endorsements than any other resolution at the convention, yet was deprioritized by party organizers, and prevented from coming to vote.

Singh’s recent comments were in response to a question during a podcast recorded Dec. 24 and posted online by the Centre for Israel and Jewish Affairs (CIJA), a pro-Israel lobby group.  CJPME published an elections guide in September, 2019 which highlighted the NDP’s ongoing ambiguous position on BDS.  Former NDP leaders Jack Layton and Thomas Mulcair both made comments rejecting the BDS movement, with Mulcair going so far as to say that BDS is “exactly the wrong direction we should be going in.”  Nevertheless, until now, Singh had not made a clear statement on his personal position on BDS.