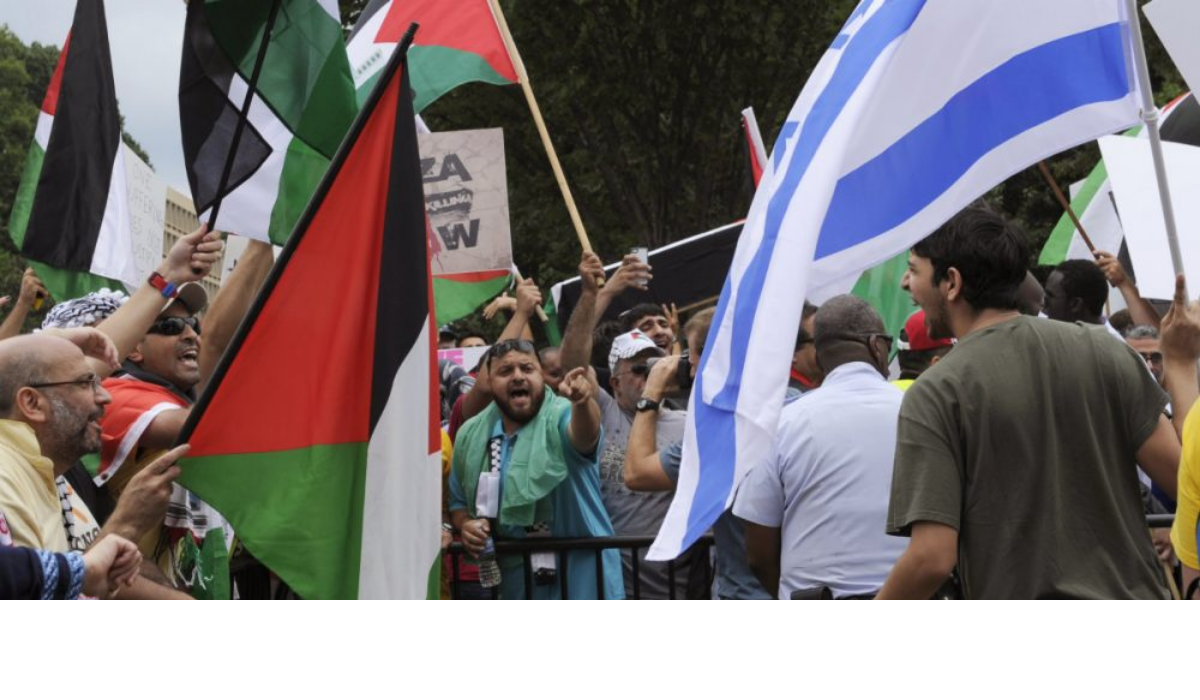 Montreal, January 28, 2020  – Canadians for Justice and Peace in the Middle East (CJPME) is highly critical of the Mideast Peace Plan announced by US President Donald Trump today – one that CJPME considers preposterous.  The plan was done without the participation of the Palestinians, and ignores both international law and international precedent on the conflict.  The Plan further entrenches pro-Israel decrees that Trump has made in recent years, including that Jerusalem will be Israel’s “undivided” capital and that Israel will be able to annex major illegal Israeli colonies in the occupied West Bank.  Given that the Plan virtually ignores Palestinian interests, CJPME considers it useless in terms of resolving decades of violent conflict.

“The Plan announced today has nothing to do with the Palestinians,” announced Thomas Woodley, president of CJPME.  “The Plan is a bogus ‘deal’ between the US and Israel, and makes no serious effort to accommodate any of the legitimate grievances of the Palestinians.”  CJPME points out, for example, that Israel’s colonies (a.k.a. “settlements”) have been repeatedly denounced by the international community as being illegal.  The 2004 International Court of Justice (ICJ) ruling on the conflict concluded that Israel’s colonies violate the Fourth Geneva Convention.  By allowing Israel to annex these colonies with no penalty or swap simply rewards Israel for its decades violating international law.  With this new Plan, Israel has no incentive to discontinue its practice colonizing the Palestinian land that it occupies militarily.

This latest Plan cements CJPME’s belief that the US can no longer masquerade as an “honest broker” between Israel and the Palestinians.  CJPME points out that the Trump administration has sought to undermine the Palestinian negotiating position for years.  In September, 2018, Trump closed the Palestinian embassy in Washington.  That same month, the Trump administration announced it would end all humanitarian funding the Palestinian refugees.  In November, Trump’s Secretary of State Pompeo announced that Washington no longer regarded Israeli settlements on occupied West Bank land as inconsistent with international law.  That Trump and Netanyahu would dare to announce a “Peace Plan” absent negotiations with the Palestinians is a farce.

CJPME calls other bodies or players to assert a role for themselves in the negotiations between Israelis and Palestinians.  “If we allow Trump to continue with this sham, it sends a message to other rogue leaders and countries that international law is meaningless, and that ‘friendship’ with the US is the only bargaining chip of value,” concluded Woodley.  CJPME does not consider Canada eligible to be a broker between Israel and the Palestinians, as Canada has largely aped the US’ pro-Israel Mideast policy in recent years.  CJPME could envision the UN, the European Union, or other groups of countries (including perhaps China and/or Russia) asserting themselves into the negotiations process.