Remembrance of January 29; Call for Action on Islamophobia 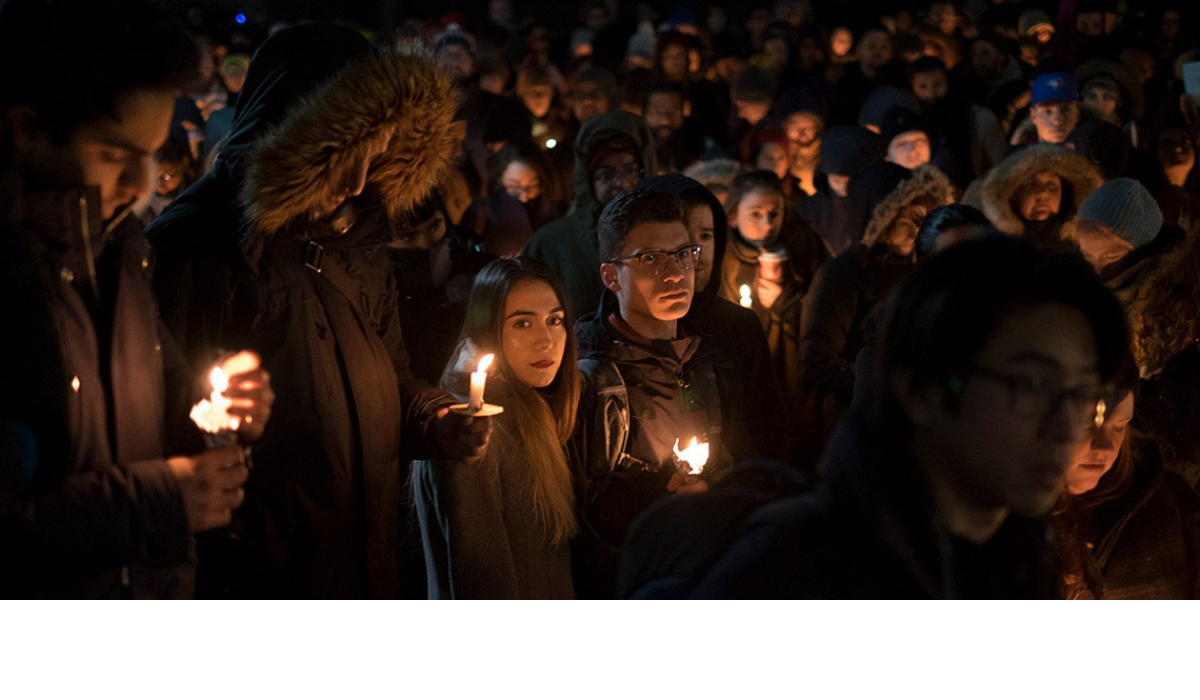 Montreal, January 29th, 2020 — On the third anniversary of the Quebec City Mosque Massacre, Canadians for Justice and Peace in the Middle East (CJPME) commemorates and remembers the tragic events at the Islamic Cultural Centre of Quebec City on January 29, 2017 which left 6 dead and 19 injured.  The victims included Azzeddine Soufiane, 57, father of three; Khaled Belkacemi, 60; Aboubaker Thabti; Mamadou Tanou, 42, father of two; Ibrahima Barry, 39, father of four; Abdelkrim Hassane, 41, father of three.  CJPME continues to call on the Federal government to designate January 29th as a national day of remembrance and action on Islamophobia and other forms of religious discrimination.  In 2018, CJPME and the Canadian Muslim Forum (FMC-CMF) launched the “I Remember January 29” campaign (http://january29.ca) which enables Canadians to add their voice in support of this campaign.

“On the anniversary of the heartbreaking events at the Quebec City Islamic Centre, we say, ‘the victims of January 29 will not be forgotten.  We will fight to ensure this never happens again and we condemn Islamophobia and all other forms of religious discrimination,’” asserted Thomas Woodley, president of CJPME.  As a result of the “I Remember January 29” campaign (http://january29.ca), well over 7000 emails and postcards have been sent to the Prime Minister and other members of Parliament calling for national recognition of January 29.

Since the “I Remember January 29” campaign was launched, Quebec instituted its controversial Law 21, which CJPME has been actively opposing.  Law 21 – which bars individuals wearing religious garb from holding key public service jobs in Quebec – provides even more impetuous to combat Islamophobia in Canada.  Sadly, apart from a lukewarm statement from Liberal Justin Trudeau, none of the major federal parties took a strong stand to oppose Bill 21 during the election campaign in October, 2019.

CJPME and the FMC-CMF launched the “I Remember January 29th” campaign in October 2018. Thus far, over 135 organizations and leaders have formally endorsed the campaign. 80 academics from a variety of backgrounds have also endorsed the campaign.  All endorsements can be seen at the campaign’s “Who’s on Board” page.  Canadian individuals are also encouraged to add their voice to the campaign online, where they can sign a petition while sending an email and postcard to their Member of Parliament.