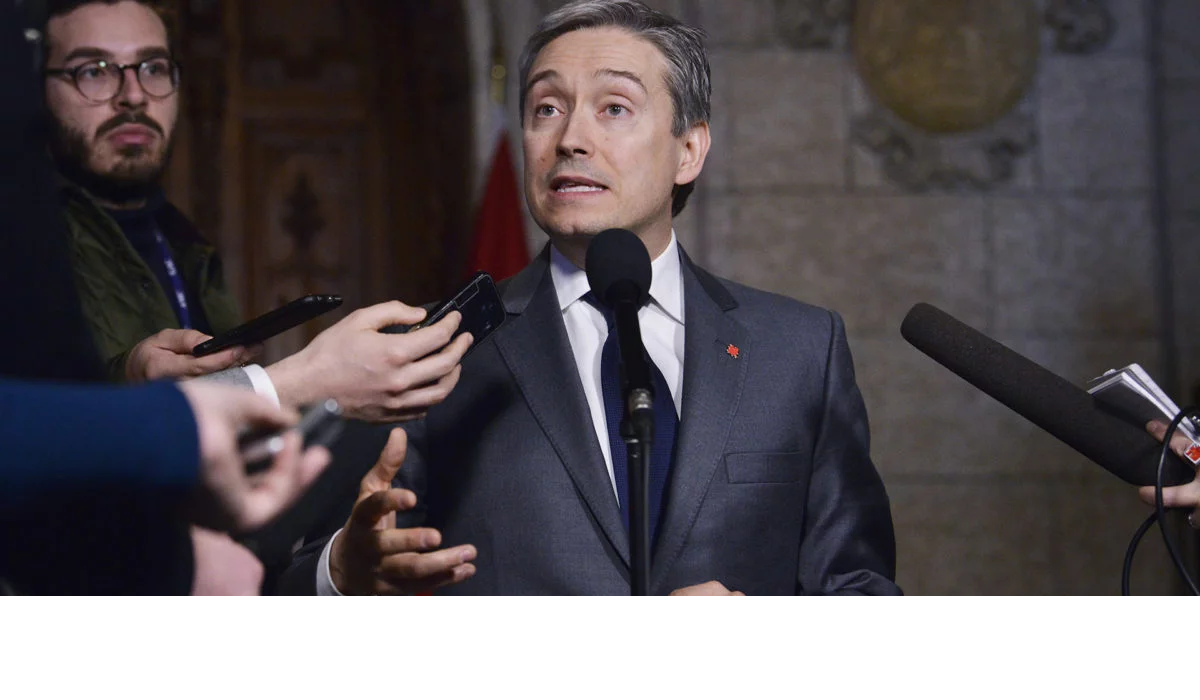 Montreal, Feb 11, 2020  — Along with thousands of Canadians, Canadians for Justice and Peace in the Middle East (CJPME) rejects Foreign Minister François-Philippe Champagne’s condemnation of BDS last week.  In his statement, Champagne stated, “Let me be firm and clear to all Canadians: We condemn BDS. As a country, we need to urgently address the resurgence of antisemitism at home and abroad.”  While Canadians wholly reject anti-Semitism, they are highly offended that Champagne has conflated the BDS movement with anti-Semitism.  BDS, standing for “Boycott, Divestment and Sanctions,” is a movement to apply economic pressure on Israel such that it fully respects the human rights of Palestinians.  Polls show that many Canadians – including a majority of Liberal voters – strongly support democratic, participatory, non-violent strategies like BDS to pressure Israel to respect the human rights of Palestinians.

“Champagne’s statement seems clearly intended to smear the BDS movement,” asserted Thomas Woodley, president of CJPME.  “Champagne seeks to confuse BDS – a movement supporting the civil liberties and human rights of Palestinians – with the odious historic legacy of anti-Semitism.”  CJPME suspects that the wording of Champagne’s statement was proposed by pro-Israel lobby groups, which seek to discredit institutions which support Palestinian human rights.  Along with most Canadians, CJPME does not expect Trudeau’s Liberal government to serve as a megaphone for partisan domestic interests.

The call for BDS was initiated in 2005 by 170 Palestinian civil society organizations and has since proven to be an effective tool to challenge the increasingly oppressive and racist policies of Israel’s right-wing governments.  Grassroots support for the international movement is significant as people around the world grow impatient with half-hearted and even bad-faith diplomatic attempts to arrive at a just peace between Palestinians and Israel.  CJPME endorsed BDS in 2008, considering the movement to be a legitimate means of non-violent protest and pressure grounded on principles of international law. The BDS movement has three objectives: 1) ending Israel’s occupation of all Arab lands and dismantling its Wall, 2) recognizing the fundamental rights of Arab-Palestinian citizens of Israel to full equality, and 3) respecting, protecting and promoting the rights of Palestinian refugees, to return to their homes and properties, or for compensation, as stipulated in UN resolution 194 (1948).

CJPME points out that poll results published in 2017 indicate that 75% of Liberal voters – along with 88% of Green voters, and 84% of NDP voters – consider sanctions on Israel to be reasonable.  The same poll indicated that 66% of Canadian voters overall considered sanctions on Israel to be reasonable.  Champagne’s condemnation of BDS was reminiscent of a 2016 Conservative motion condemning the BDS movement that was supported by most Liberal MPs at the time.  The 2017 polling results also indicated that far more Canadians opposed than supported Parliament’s decision to condemn individuals and groups who promote the call for a boycott of Israel.