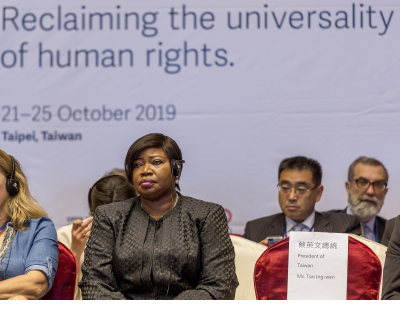 Montreal, Mar. 3, 2020  — Canadians for Justice and Peace in the Middle East (CJPME) vehemently disagrees with the message of a letter sent by the Trudeau government discouraging the International Criminal Court (ICC) from pursuing an investigation of possible war crimes in Israel-Palestine.  The existence of the letter came to light late last week.  Sent to the ICC on February 14, the letter from Trudeau asserts that because Palestine is not recognized as a full state, the court has no jurisdiction to pursue investigations.  In December the ICC’s chief prosecutor, Fatou Bensouda, issued a report stating she was satisfied that there was sufficient evidence that war crimes had been committed, but asked for a legal opinion as to whether the court had jurisdiction to proceed with an investigation.

In her announcement, Bensouda suggested there were four areas of investigation by her office for war crimes: 1) Israel’s war on Gaza in 2014, 2) Israel’s illegal “settlements” in the West Bank, including East Jerusalem, 3) Israel’s killing of protesters in Gaza in 2018-2019, and 4) the indiscriminate shooting of rockets by Palestinians.  CJPME has called attention to Israel’s disregard for international law and human rights for years, and has repeatedly asked successive Canadian governments to take a more critical view of Israeli actions in the occupied Palestinian territories.  In an open letter late last week, Alex Neve, Secretary General of Amnesty International Canada wrote, “Impunity and a deep disregard by Israel for international law […] have played a substantive role in perpetuating the Israeli-Palestinian conflict.”  Nevertheless, Trudeau’s letter seems to seek legal loopholes in an effort to derail an ICC investigation into Israel, suggesting that Palestine’s failure to achieve full recognition as a state is grounds to dismiss the case.

“Trudeau’s letter creates the perfect catch-22,” argues Thomas Woodley, president of CJPME.  “Israel’s disregard for international law makes it impossible for the Palestinians to have a state, while Trudeau argues that until the Palestinians have a state, they cannot enjoy the protections of international law.”  CJPME points out that as of last year, 138 of the 193 member states at the UN have recognized the state of Palestine, and that while Israel has refused to accede to the ICC, Palestine willingly acceded to the authority of the court in 2015.  CJPME also points out that international law – like the Fourth Geneva Convention – is a normative system to protect vulnerable peoples, and that Trudeau’s letter senselessly undermines its honourable intents.

While the government has not released a copy of its letter to the ICC, a Global Affairs spokesperson reiterated the government’s position on the ICC investigation, saying, “Canada’s long-standing position is that it does not recognize a Palestinian state and therefore does not recognize the accession of such a state to international treaties.  In the absence of a Palestinian state, it is Canada’s view that the [ICC] does not have jurisdiction in this matter under international law.”  In terms of the war crimes being considered, the ICC’s December report mentioned “disproportionate attacks” and “wilful killing and wilfully causing serious injury to body or health” on the part of Israel.  It also mentions Israeli war crimes relating to “the transfer of Israeli civilians into the West Bank since 13 June 2014” – a reference to Israel’s practice of illegally colonizing (via “settlements”) land it militarily occupies.