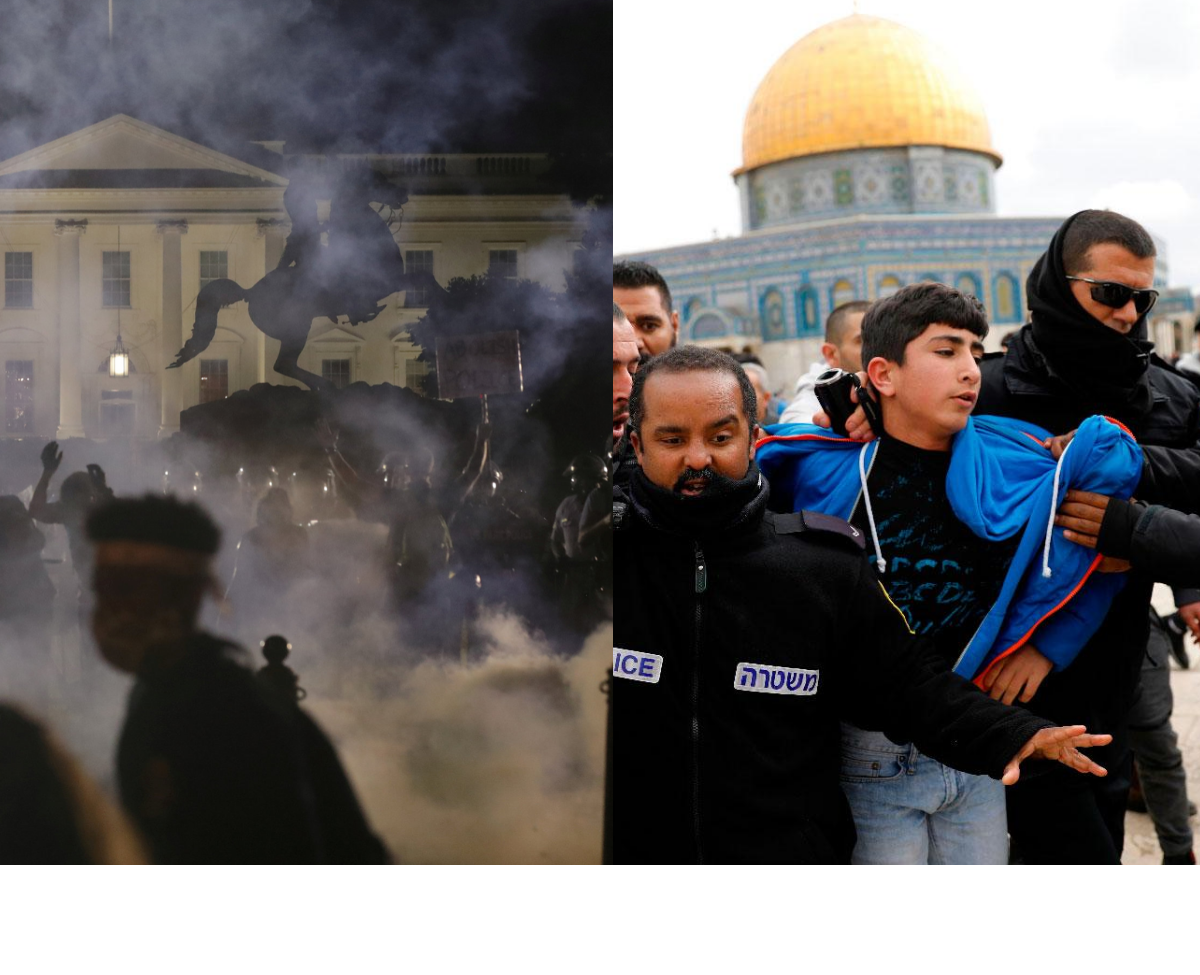 Montreal, June 2, 2020  — Canadians for Justice and Peace in the Middle East (CJPME) expresses its support for ongoing protests in the US, Canada, and around the world following the murder of George Floyd, a 46-year-old unarmed black man, at the hands of police in Minneapolis. These demonstrations have forced a necessary public discussion on issues of anti-black racism and police brutality and remind us of the ongoing struggle for racial justice in Canada. Oppressed communities in the Middle East and elsewhere have also expressed their common cause and solidarity, noting similar experiences with police violence and discrimination.

CJPME emphasizes that the US protests take place in the context of recent allegations of racist police violence in Canada. Last week in Toronto, 29-year-old Regis Korchinski-Paquet fell to her death from her 24-story apartment during a visit from police, and her family have said they believe that police are responsible. “The murder of George Floyd reminds us of the systemic racism and police violence that the black community faces in Canada,” says Thomas Woodley, President of CJPME. “We must recommit ourselves to fighting racism at home and seek justice for victims of police violence and their families.”

CJPME points out that the disturbing images of US police violence in response to unarmed protestors are reminiscent of the daily violence faced by Palestinians at the hands of Israeli police and occupation forces. Last weekend 32-year-old Eyad Hallaq, an autistic Palestinian man, was shot to death by Israeli police while walking to school in East Jerusalem. He is just one of hundreds of Palestinian victims every year at the hands of Israeli security forces.  As in the US, members of Israeli security forces accused of such incidents are rarely prosecuted, and there is rarely justice for the victims.

CJPME calls attention to the fact that events in Minneapolis, Toronto, and East Jerusalem are related and that systemic racism and the militarization of policing are global problems. Canada and the US engage in security partnerships and police training programs with Israel, where they are exposed to often discriminatory and lethal techniques. In 2016, Amnesty International warned that police training programs in Israel place “law enforcement employees in the hands of military, security and police systems that have racked up documented human rights violations for years.” CJPME calls for an end to training partnerships with Israel, and for an end to the militarization of police forces.