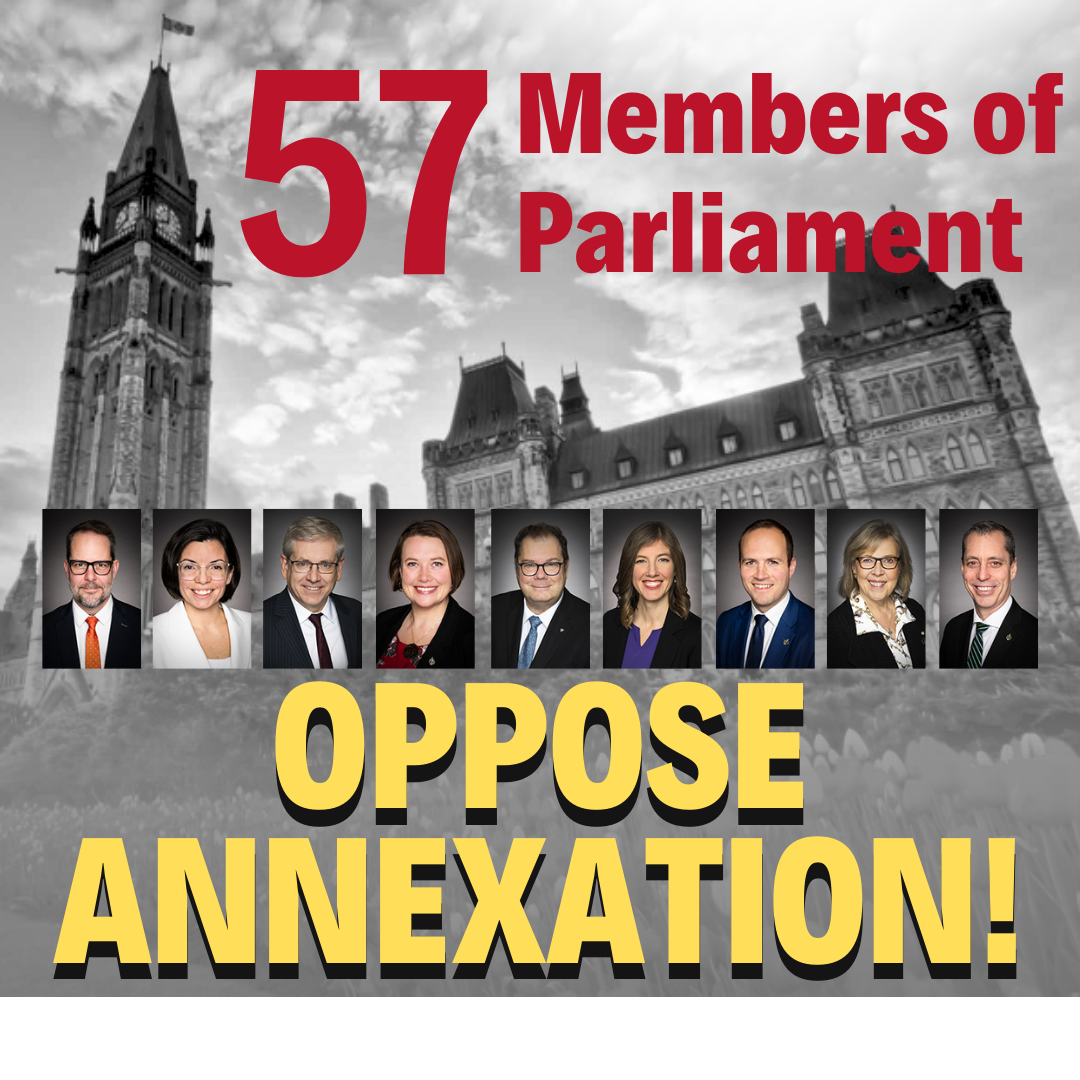 Montreal, July 7, 2020  — Canadians for Justice and Peace in the Middle East (CJPME) in partnership with other groups has published a list of Canadian politicians representing 57 Members of Parliament who have signed a Pledge to oppose Israel’s plans to annex Palestinian territory in the West Bank. By signing the Pledge, these MPs have committed to pushing the Canadian government to “show meaningful opposition” to annexation, and “to consider all reasonable diplomatic and economic options to stop annexation and prompt Israeli compliance with international law.”

Signatories to the Pledge include MPs from four out of five political parties represented in the House of Commons, including Liberal, Bloc Quebecois, NDP, and Green. Notably, they include the leader of the Green Party, the NDP foreign affairs critic, and MPs representing the entire Bloc Quebecois caucus. “It is heartening to see strong and vocal Parliamentary opposition to annexation,” said Thomas Woodley, President of CJPME. “MPs from across the political spectrum have raised their voice to say that Canada must use all the tools available to try to stop Israel’s planned annexation, and to protect the rights of the Palestinian people.”

The Pledge campaign was launched by CJPME and Independent Jewish Voices Canada, along with the United Church of Canada, the Mennonite Central Committee Canada, and the Canadian Labour Congress, the Canadian Union of Public Employees, the Public Service Alliance of Canada, and the Canadian Federation of Students. It has also been endorsed by another 29 organizations. As part of the campaign, over 6,000 Canadians sent e-mails asking their MPs to sign the Pledge. CJPME will continue to add MPs to the list as they express their support.

CJPME notes that Canada has been far less critical of Israel’s annexation plans in comparison to its European allies. In the United Kingdom, nearly 130 Parliamentarians made their voice heard clearly on this issue by signing a letter which demanded that Prime Minister Boris Johnson “make clear publicly to Israel that any annexation will have severe consequences including sanctions.” A similar letter signed by over 1,000 European Parliamentarians insists that any annexation would require “commensurate consequences.” The Belgian and Dutch parliaments also recently voted in favour of sanctioning Israel if it proceeds with its plans for annexation.  A recent EKOS poll shows that 74% of Canadians want the government to express opposition to Israeli annexation in some form, and almost half (42%) want Canada to impose economic and/or diplomatic sanctions against Israel.