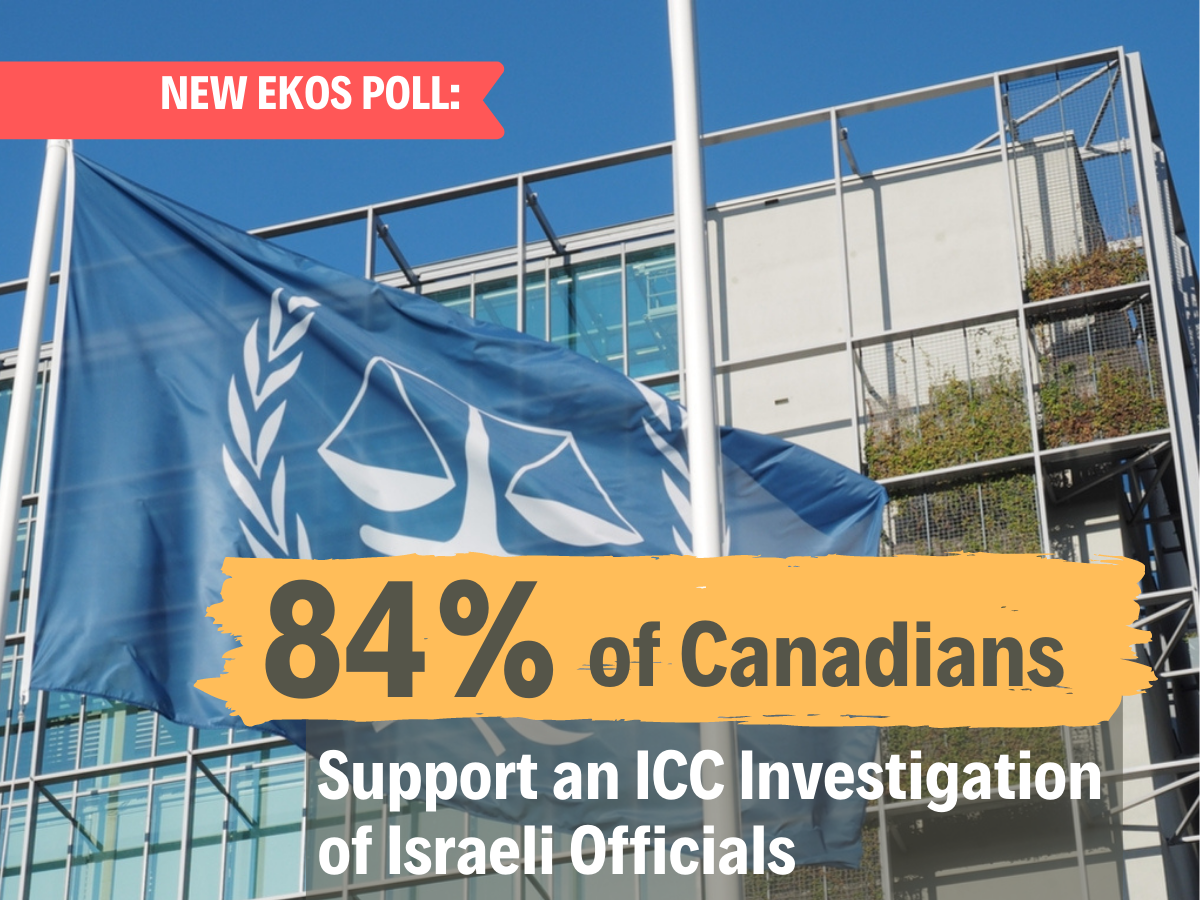 Montreal, September 16, 2020  — Amid growing controversy over a possible ICC investigation into Israel, newly published results from a survey conducted by EKOS Research Associates show that Canadians do not want Israel to be treated differently than other countries when it comes to consequences for alleged war crimes or human rights violations. The survey found that Canadians support an International Criminal Court (ICC) investigation of any country accused of war crimes, including Israel, and they do not want Canada to overlook Israel’s human rights violations. The survey further found that Canadians do not support recognizing Jerusalem as exclusively Israel’s capital.

The survey was co-sponsored by Canadians for Justice and Peace in the Middle East (CJPME), Independent Jewish Voices Canada (IJV), and the United Network for Justice and Peace in Palestine-Israel (UNJPPI). All survey results, charts, and the report entitled “No Double Standards: Canadians Expect Greater Impartiality vis-à-vis Israel” can be accessed at   www.cjpme.org/survey2020 or www.ijvcanada.org/survey2020 or https://unjppi.org/survey-2020-part-2.html.

“Canadians support an impartial ICC, and they oppose the idea that Canada should interfere in investigations it doesn’t like,” Thomas Woodley, President of CJPME. Early this year, Canada surprised many when it attempted to deter a possible ICC investigation into alleged war crimes by Israeli and Palestinian officials. “Evidently, Canadians do not think that Israel, or any other government, should be shielded from accountability over its actions,” said Woodley. 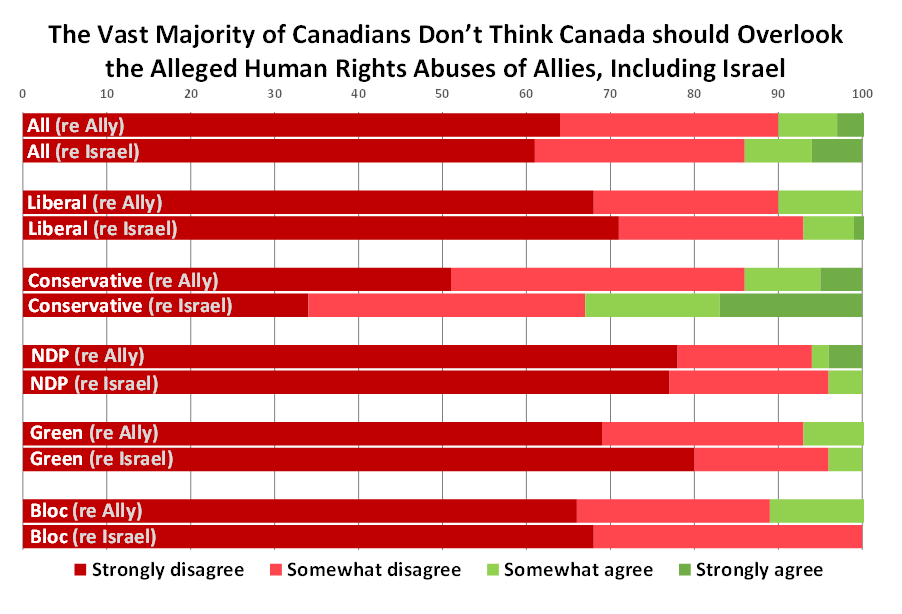 “This demonstrates that Canada’s tendency to apply double standards when it comes to Israel is very unpopular with Canadians,” said IJV’s National Coordinator Corey Balsam. “Although successive governments have tended to mute their criticism of Israel, Canadians believe that Israel’s violations should be treated as seriously as those of any other country.”

The results of the poll also show that four out of five Canadians (82%) want Canada to maintain its current policy on Jerusalem and continue to call for the city to be shared, rather than recognizing Jerusalem as exclusively Israel’s capital. Even among Conservative Party supporters, a slim majority support maintaining Canada’s current policy on Jerusalem (54%). Despite this, newly minted Conservative leader Erin O’Toole has pledged to move the Canadian embassy to Jerusalem: a move that would break with longstanding Canadian policy and potentially further ignite tensions in the region.

“When it comes to Jerusalem, Canadians do not want their government to copy the unbalanced foreign policy of Donald Trump” said George Bartlett, chair of UNJPPI. “It is encouraging to see that even a majority of Conservative Party supporters disagree with their new leader’s promise to move Canada’s embassy to Jerusalem.” 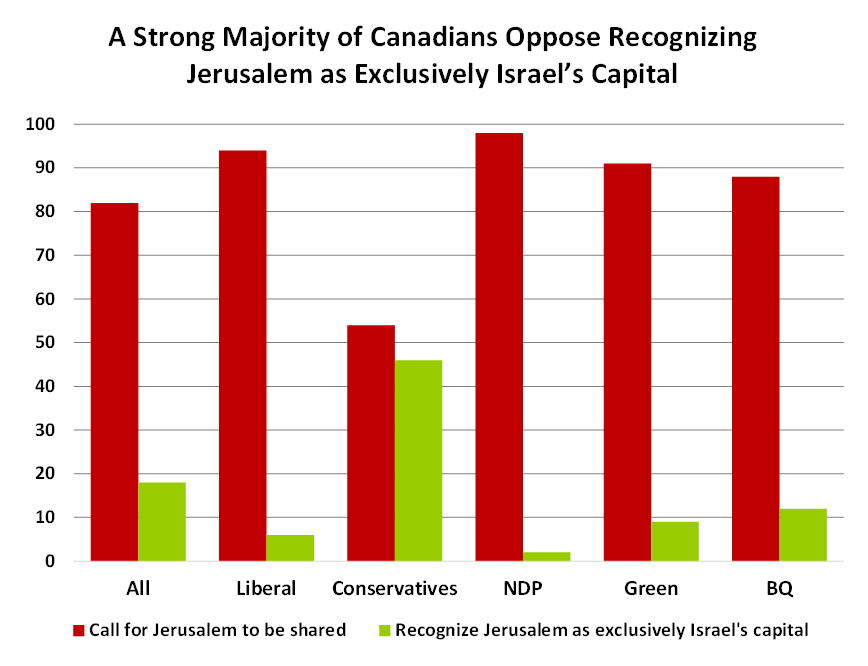