Survey: Canadians Reject Efforts to Brand Criticism and Protest of Israel as Antisemitic 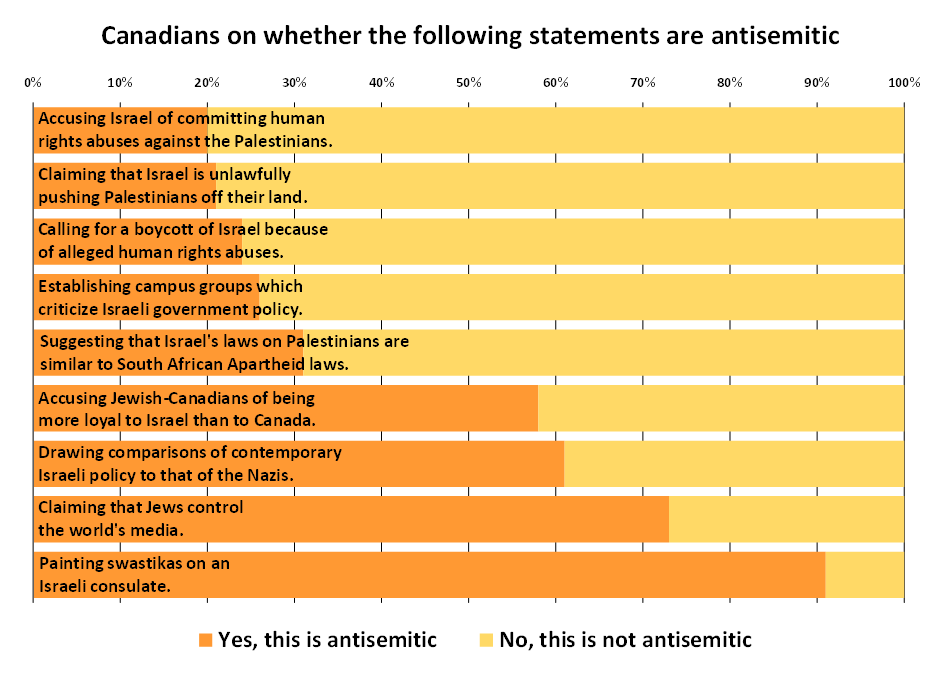 Montreal, October 7, 2020  — Newly published results from a survey conducted by EKOS Research Associates show that Canadians do not support efforts to conflate support for Palestinian human rights with anti-Jewish prejudice. The survey found that the majority of Canadians believe that criticism and protest of Israel, even when harsh, is not in principle antisemitic.

The survey was co-sponsored by Canadians for Justice and Peace in the Middle East (CJPME), Independent Jewish Voices Canada (IJV), and the United Network for Justice and Peace in Palestine-Israel (UNJPPI). All survey results, charts, and the report entitled “Survey: Canadians Reject Branding Criticism of Israel as Antisemitic” can be accessed at www.cjpme.org/survey2020 or www.ijvcanada.org/survey2020 or https://unjppi.org/survey-2020-part-3.html.

The findings suggest that any efforts by governments to stifle free speech on Israel-Palestine under the guise of fighting antisemitism would be out of step with the will of a strong majority of Canadians. Rather than indicating antisemitism, Canadians believe accusing Israel of committing human rights abuses (80%), calling for a boycott of Israel because of alleged human rights abuses (76%) and comparing Israel’s policies to South African Apartheid laws (69%) to be legitimate expression. 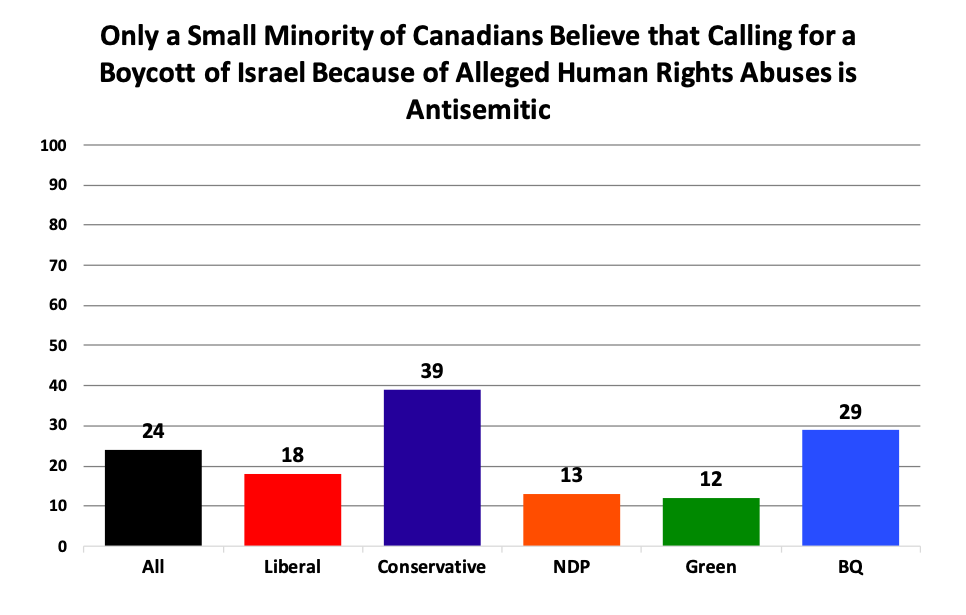 “These results pose a challenge to Prime Minister Trudeau and others who have tried to vilify the Palestine solidarity movement,” said Thomas Woodley, President of CJPME. On a number of occasions Trudeau has argued that some forms of activism for Palestinian human rights is antisemitic, including the Boycott, Divestment, Sanctions (BDS) movement and Israeli Apartheid Week (IAW). In 2016, with Liberal support, Parliament passed a motion that condemned the BDS movement and its supporters. “Despite these repeated efforts to discourage free expression on Palestinian human rights, Canadians rightfully maintain that criticism of Israel is legitimate,” said Woodley.

The survey’s findings come amid heated debates over the controversial International Holocaust Remembrance Alliance working definition of antisemitism (IHRA WDA) in Canada, adopted last year by the Canadian government, which many argue is overly vague and an attempt to suppress various forms of political expression including anti-Zionism, BDS and IAW. “The IHRA definition threatens to restrict forms of speech that a majority of Canadians, including many Jews, evidently hold to be legitimate,” said IJV’s National Coordinator Corey Balsam. “Any institutions currently considering adopting the IHRA definition need to reconsider whether doing so would be at the expense of public opinion, let alone the important fights against genuine antisemitism and for Palestinian human rights,” said Balsam. “Thankfully, various Canadian cities including Vancouver, Calgary, Montreal have recognized its shortcomings and refused to adopt it.”

The survey also found that a majority (59%) of Canadians see prejudice against minority groups in Canada to be a serious problem, and that just over a third (35%) see prejudice against Jewish-Canadians in particular to be a serious problem. These findings point to the need to combat antisemitism as part of a holistic, intersectional approach against racism and prejudice in general, rather than passing legislation on antisemitism as if it exists in a vacuum.