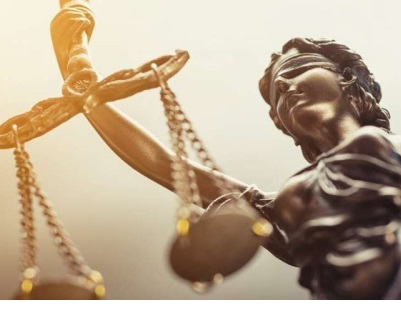 Montreal, October 27, 2020 — Canadians for Justice and Peace in the Middle East (CJPME) is pleased to announce that its defamation lawsuit with Ezra Levant and Rebel Media News Network Ltd. has been settled. Launched in 2016, CJPME’s suit was based on a series of defamatory publications released by Rebel Media that attacked CJPME for its promotion of the BDS campaign. BDS, standing for “Boycott, Divestment and Sanctions,” is an international movement to apply economic pressure on Israel such that it fully respects the human rights of Palestinians. Rebel Media’s publications accused CJPME of anti-Semitism, comparing CJPME to Nazis and calling CJPME “Jew-baiters.” The publications also called for CJPME to be stripped of its charitable status, although CJPME has never had charitable status.

“We have reached a settlement with Levant and Rebel Media, and we are satisfied with the settlement,” announced Thomas Woodley, President of CJPME. The settlement was reached several months ago, but issues regarding Rebel Media’s compliance led CJPME to delay announcing it.  The terms of the settlement are confidential. In CJPME’s 2016 statement of claim in the lawsuit, CJPME rejected allegations that its support for the BDS campaign was anti-Semitic, asserting that comparing it to the Nazis was “false, inapposite and deliberately inflammatory.” The statement of claim also pointed out that the BDS movement in Canada is a lawful activity that is constitutionally protected as free expression. CJPME’s statement of claim considered the attack “one of the most egregious kinds of reputational attacks possible” given that the organization welcomes participation from people of all backgrounds who support justice and peace for all people in the Middle East, including both Palestinians and Jews.

CJPME’s statement of claim also made clear that it has never been, nor ever claimed to be a registered charity, contrary to the allegations of Levant and Rebel Media. Rebel’s publications suggested that CJPME was acting in an unlawful manner by misusing its purported charitable status and therefore misallocating public resources. Nevertheless, CJPME’s status as a non-charity is easily confirmed by searching the Canadian Revenue Agency’s public database of charities.

CJPME endorsed BDS in 2008, considering the movement to be an effective means of non-violent protest and pressure grounded on principles of international law. The BDS movement has three objectives: 1) ending Israel’s occupation of all Arab lands and dismantling its Wall, 2) recognizing the fundamental rights of Arab-Palestinian citizens of Israel to full equality, and 3) respecting, protecting and promoting the rights of Palestinian refugees to return to their homes and properties, or for compensation, as stipulated in UN resolution 194 (1948). CJPME has been one of the movement’s foremost proponents in Canada over the past decade.