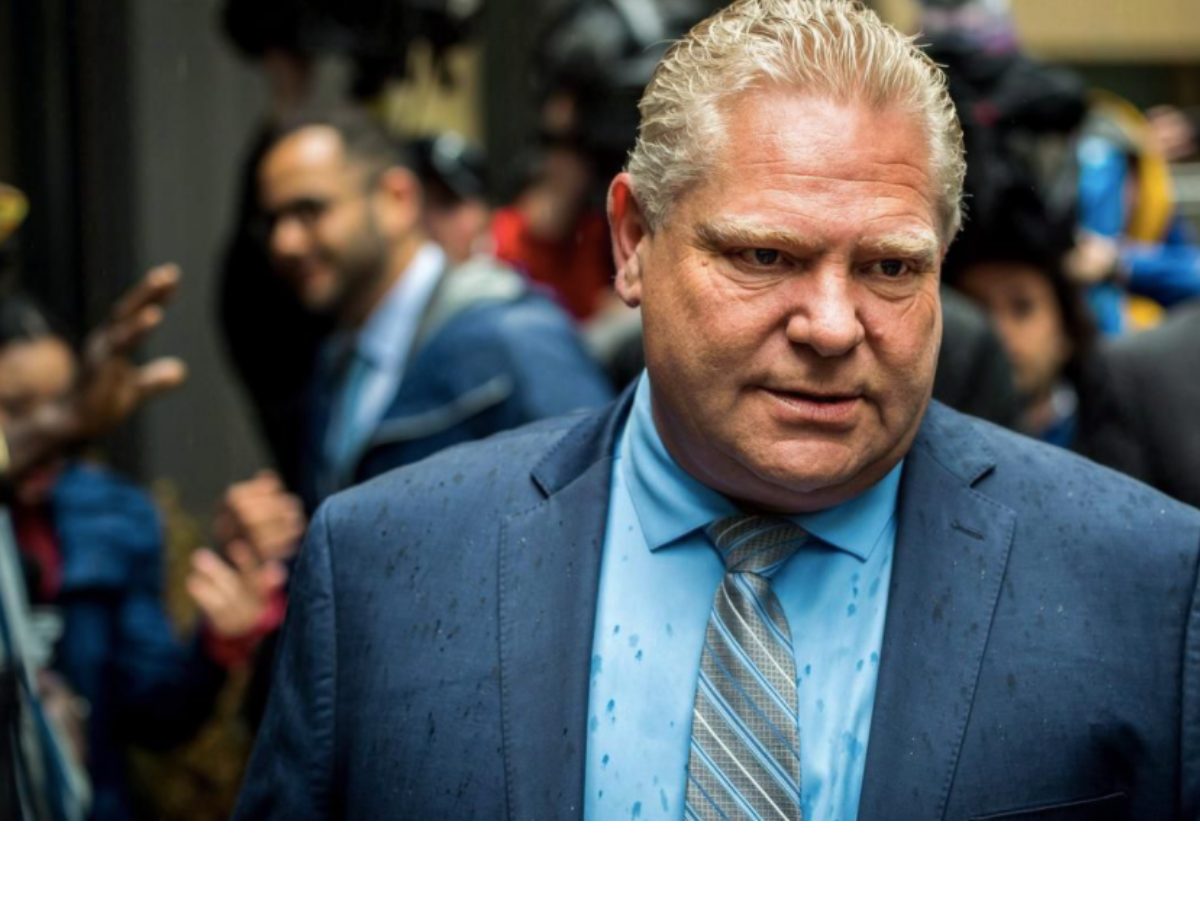 Montreal, October 27, 2020  — Canadians for Justice and Peace in the Middle East (CJPME) condemns Doug Ford’s Ontario Government for pulling the plug on democracy in an attempt to protect Israel from criticism. This afternoon, Ford circumvented public opinion by unilaterally adopting the controversial International Holocaust Remembrance Alliance (IHRA) working definition of antisemitism through an Order-In-Council, even as Bill 168 (which would have adopted IHRA) was entering the stage of public input and debate.

As presented with its “examples,” the IHRA definition has the effect of conflating antisemitism with most forms of criticism and protest of Israel. Indeed, seven of the eleven examples provided with the IHRA definition mention Israel or Zionism. With such an approach, the definition risks becoming a tool to protect Israel from criticism, rather than a mechanism to protect Canadian Jewish from antisemitism. In this way, the definition presents a significant threat to free speech and civil liberties.

Ontario’s Bill 168 to adopt IHRA had passed second reading earlier this year, and seemingly as of this morning it was being reviewed by the Standing Committee on Justice Policy. “We were less than 24 hours away before members of the public were set to testify before the committee about the dangers of IHRA in regards to free expression,” said Michael Bueckert, Vice President of CJPME. “Apparently, the Ontario government didn’t like to see that they were receiving thousands of emails opposing IHRA, and they shamefully decided to pull the plug before Ontarians had a chance to share their opinions,” said Bueckert. CJPME had supported the email campaigns and applied to testify before the committee.

CJPME notes that supporters of IHRA have been campaigning to fire or disqualify academics from positions at York University and the University of Toronto, solely due to their criticism of Israel and Zionism, and warns that Ontario’s adoption of IHRA will provide another tool to be used in their censorship campaigns. “Palestinians and those who support Palestinian human rights have the right to express their criticism of Israel’s apartheid regime, including through the use of boycotts,” said Bueckert, “any attempts to use IHRA to stifle speech in Ontario will be met with vigorous resistance.”

The IHRA working definition of antisemitism is opposed by a broad swath of civil society, including Independent Jewish Voices, the BC Civil Liberties Association, the Ontario Coalition Against Poverty, the Canadian Labour Congress, the Canadian Federation of Students, the Canadian Union of Postal Workers, the International Civil Liberties Monitoring Group, and more. More than 450 Canadian academics have signed an open letter opposing IHRA’s adoption by universities, citing threats to academic freedom.