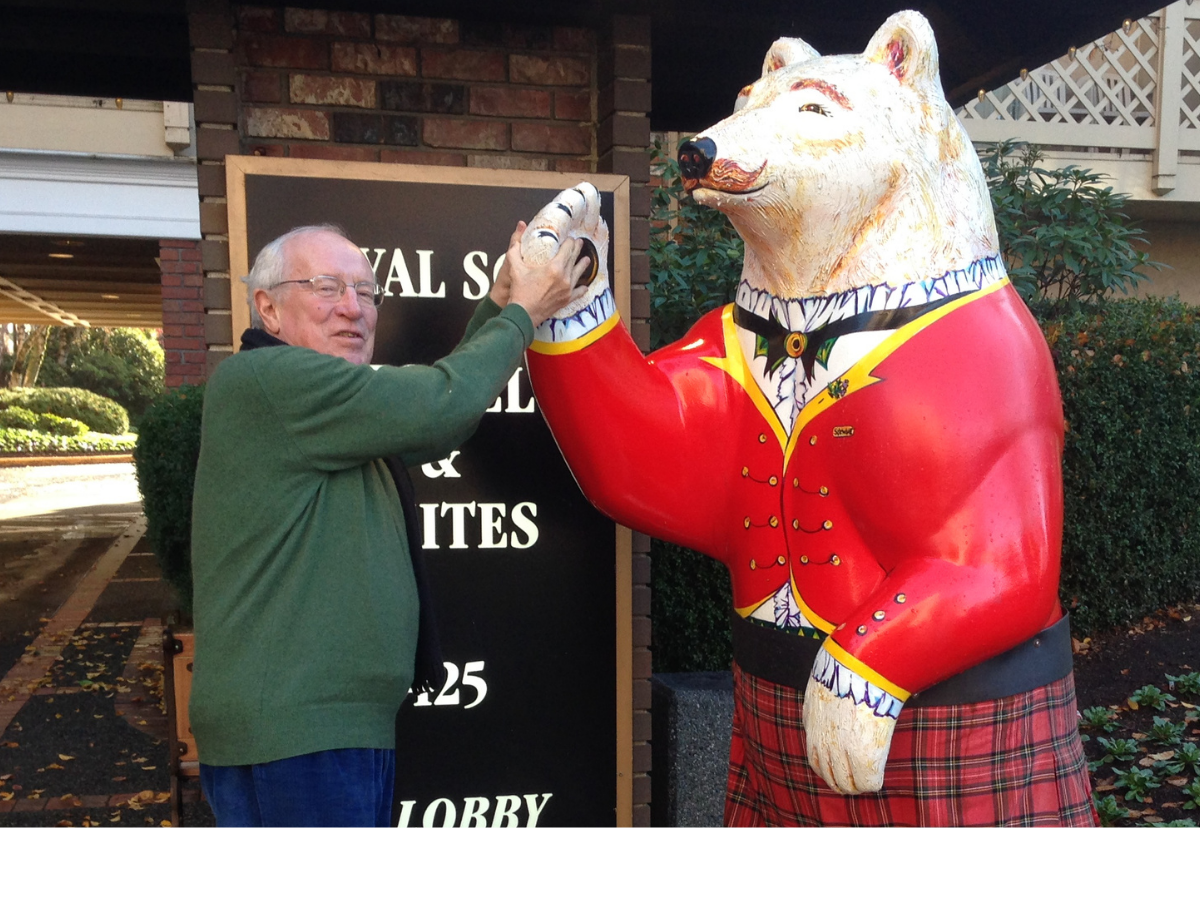 (Image: Robert Fisk playfully embraces a polar bear in Victoria, BC, ahead of CJPME speaking event in October 2019)

Montreal, November 4, 2020 – Canadians for Justice and Peace in the Middle East (CJPME) is saddened by the death of veteran Middle East journalist Robert Fisk. CJPME had the privilege to host Fisk on cross-Canada speaking tours on three different occasions: in 2013, in 2016 and in mid-November of last year. “With Robert’s death, the world has lost a champion for diligent and authentic journalism,” announced Thomas Woodley, President of CJPME.

“Mr. Fisk was a one-of-a-kind journalist who dedicated decades of his life to reporting on the Middle East,” continued Woodley.  “While not everyone agreed with everything that he reported, there is no question that he helped Western readers better grasp historical developments in the Middle East.”  CJPME is especially appreciative of his on-the-scene reporting from the Occupied Palestinian Territories and Lebanon, where he kept a home in Beirut.  For example, he was one of the first Western reporters on the scene following the 1982 massacres of Palestinians at the Sabra and Shatila refugee camps.  CJPME admired the fact that Fisk was a lifelong pacifist and harsh critic of war-mongering regimes – whether Western or Middle Eastern.  Fisk also detested platitudes about journalistic neutrality. “Journalists must be impartial – on the side of those who suffer,” asserted Fisk a number of times during his speaking tours in Canada.

Between the three speaking tours that Fisk did with CJPME, Woodley was able to spend several weeks traveling and talking with the journalist. “There was never a dull moment with Robert,” said Woodley. “He had a quick wit and a great sense of humour, although his companions were often the butt of his jokes.” The Canadians who would meet with Fisk were inevitably impressed by his erudition and his first-hand experience with so many of the conflict-torn regions of the Middle East.  Fisk was known for his dogged pursuit of a news story, and his insistence on getting to the site of the news and talking to primary sources. The stories he told in private often captured the tension and difficulty of getting to the core of a story in the middle of a conflict zone.

Fisk was also influential because of his books, which helped millions of people gain a greater grasp of historical developments in the Middle East. CJPME has met many young Canadians who first became concerned about the human rights abuses of Israel and other countries by reading one of Fisk’s important books. An excellent recent documentary about Fisk and his life, entitled “This Is Not A Movie,” also has the potential to be highly influential.  Woodley, who was invited by Fisk to its screening at the 2019 TIFF said, “It is a film about truth – how it is perceived and packaged in times of conflict – and how Robert spent his life helping others to see it.”