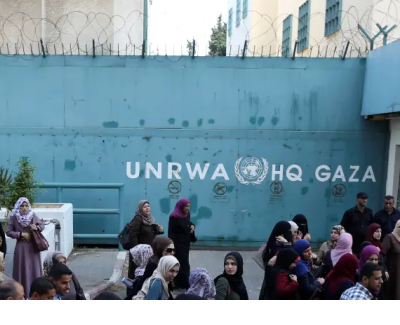 Montreal, November 24, 2020  — Canadians for Justice and Peace in the Middle East (CJPME) and the Coalition of Canadian Palestinian Organizations (CCPO) are urging the Canadian government to take action in response to the crisis facing the United Nations Relief and Works Agency for Palestine Refugees in the Near East (UNRWA), the UN agency responsible for 5.7 million Palestinians refugees. CJPME and the CCPO are calling on Canada to renew and increase its annual support for UNRWA, provide the agency with emergency financial assistance, and to vote in support of Palestinian refugees at the United Nations General Assembly (UNGA).

Since 2016, Canada has provided about $20 million annually in funding to UNRWA, which is currently due for renewal. Earlier this month, UNRWA announced that it has run out of money and faces its “worst financial crisis” ever, partly due to a shortfall following Trump’s withdrawal of US funding in 2018. If UNRWA doesn’t receive an additional $70 million USD in emergency financial assistance by the end of November, the agency warns that it will not be able to pay its 28,000 staff or continue to provide essential services. “Palestinian refugees are counting on the international community to step up in this time of crisis,” said Michael Bueckert, Vice President of CJPME. “In addition to a renewal of its annual funding to UNRWA, Canada needs to take leadership by providing emergency assistance. There’s no more time to wait.”

CJPME notes that despite Canada’s financial support to UNRWA, it refuses to support UNRWA at the UNGA. Since 2010 under Stephen Harper, Canada has annually voted against resolutions supporting the agency, and has abstained on whether to renew UNRWA’s mandate. So far in 2020 Canada has continued this approach at the UN committee level, but has yet to make a final vote on these resolutions at the UNGA plenary. “Canada’s failure to support UNRWA at the UN is perplexing, given Canada’s own contributions to the agency,” said Mousa Zaidan, National Coordinator for the CCPO. “Canada should stand up and be proud and vocal about its investment in the health, education and livelihoods of Palestinian refugees – one of the world’s most vulnerable populations.”

Earlier this month, CJPME and the CCPO successfully campaigned to urge Canada to vote in support of Palestinian self-determination at the UNGA. Despite that vote, Canada has otherwise maintained its radical anti-Palestine habit of voting “No” on related motions on Palestinian human rights, even when those motions are consistent with official Canadian policy. Several weeks ago, CJPME published its “UN Dashboard,” an on-line tool to monitor Canada’s voting on annual UN resolutions on Palestinian human rights.