In 2020, Canada Further Marginalized Itself at the United Nations on Palestinian Human Rights 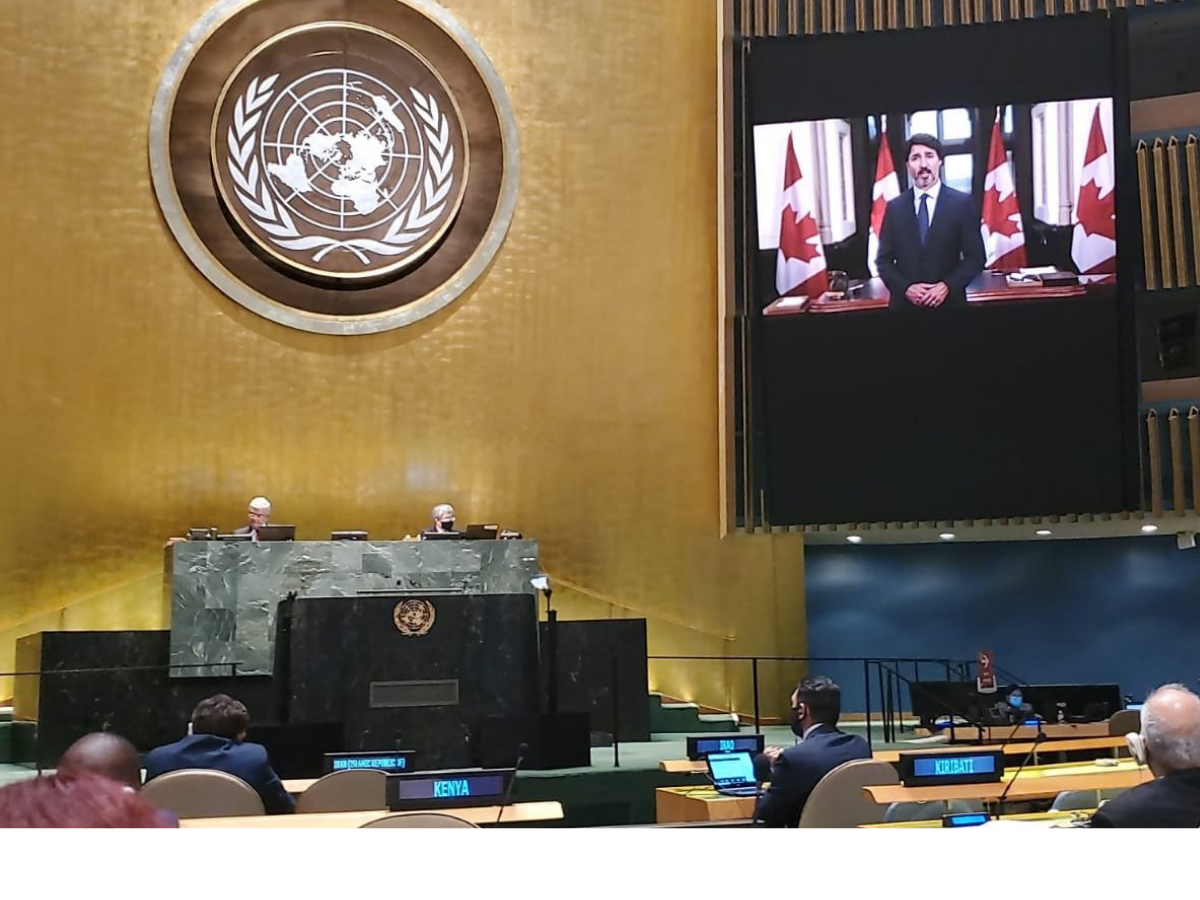 Montreal, December 23, 2020  — As the United Nations General Assembly draws to a close, Canadians for Justice and Peace in the Middle East (CJPME) notes with regret that Canada has continued to marginalize itself by repeatedly voting with a tiny minority of UN member states against Palestinian human rights. Out of the 12 resolutions about Palestinian human rights that have come to a vote this year, Canada has voted against 10 of them, and abstained on another.

“Once again, Canada has made a political decision to protect Israel from criticism at the UN, rejecting out of hand the majority of motions for Palestinian human rights, regardless of their merit,” said Thomas Woodley, President of CJPME. “The result is that Canada once again finds itself isolated on the world stage, undermining its own credibility,” said Woodley. CJPME notes that these resolutions have been overwhelmingly adopted by the plenary. For example, on a recent motion in support of UNRWA (the UN agency for Palestine refugees), Canada was on the losing side of a vote 162-4, siding with only Israel, the United States, and the Marshall Islands.

Over the past two months, CJPME and the Coalition of Canadian Palestinian Organizations (CCPO) have been campaigning to get the Canadian government to change this position, by asking for a return to Canada’s more balanced policy of the early 2000s. Under the Chrétien and Martin governments, Canada voted in support of the majority of Palestine-related motions, before this position was radically reversed under Harper. In recent weeks, over 9,000 emails were sent to Members of Parliament by Canadians who want their government to support Palestinian human rights at the UN.

For 2021, CJPME urges Canada to abandon its current voting policy, in which votes are politicized and evaluated based on whether they embarrass Israel, and to start voting based on the merit of each resolution. It is unethical and embarrassing for Canada to vote against resolutions that affirm Palestinian human rights, and which are consistent with international law and Canada’s own official policy positions. CJPME implores the Trudeau government to stop undermining international efforts to seek justice and accountability.

To help make sense of Canada’s UN voting record, CJPME recently launched its UN Dashboard, a new resource which allows Canadians to explore how Canada has voted on 16 resolutions about Palestinian human rights from 2000-2020.