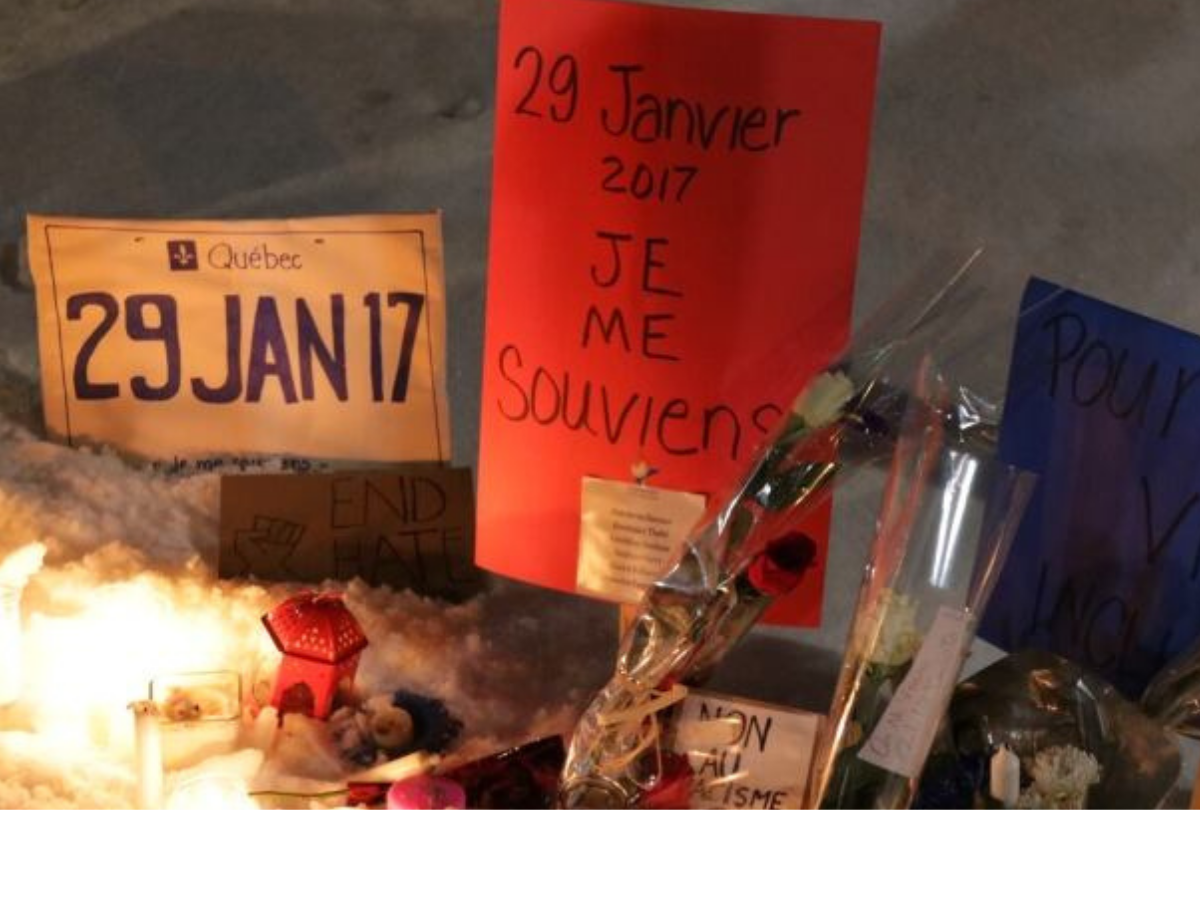 Montreal, January 29, 2021  — On the fourth anniversary of the Quebec Mosque massacre, Canadians for Justice and Peace in the Middle East (CJPME) warmly welcomes the recent announcement by the federal government that January 29th will now be recognized as a “National Day of Remembrance of the Quebec City Mosque Attack and Action Against Islamophobia.” The recognition of January 29 is a significant accomplishment for CJPME and allied organizations who have been advocating for this outcome for years.

“Recognizing January 29th is a huge symbolic step towards combatting anti-Muslim hate and discrimination in Canada,” said Thomas Woodley, President of CJPME. “It is significant that this new National Day, in addition to being dedicated to the remembrance of the victims and their families, that it is also dedicated to taking action to combat Islamophobia and anti-Muslim hatred in Canadian society,” said Woodley. Just as the government’s designation of Dec. 6 as a National Day of Remembrance and Action on Violence Against Women brought much needed attention to that issue, CJPME hopes that the new designation for January 29 will bring greater attention to the devastating impact of Islamophobia in Canada.

In 2018, CJPME and the Canadian Muslim Forum (CMF) launched an “I Remember January 29” campaign calling for a commemoration of the tragic Quebec City Mosque Massacre of 2017.  Through this campaign, over 7000 Canadians sent emails and postcards decrying the problem of Islamophobia to politicians on Parliament Hill. CJPME is particularly encouraged to see that the title of the National Day specifically references “Action on Islamophobia,” as this reflects the recommendation of the M-103 report in 2018, and it is wording that CJPME and CMF have insisted on from the beginning. CJPME thanks its thousands of supporters who participated in this campaign.

Earlier this week, CJPME and the CMF published an open letter demanding concrete action to combat Islamophobia. The letter mentioned three recent Islamophobic incidents that have gained national attention, including attacks on the appointment of Ginella Massa, a hijab-wearing Afro-Latina, as host of CBC’s Canada Tonight; false innuendo that Syrian-Canadian Transport Minister Omar Alghabra had been involved in the “political Islamic movement”; and criticism of Tunisian-Canadian Bochra Manaï’s appointment as Montreal’s first-ever commissioner on racism and systemic discrimination. The letter called on Canada’s political and civic leaders to fully implement the rest of the recommendations from the M-103 report on Islamophobia.