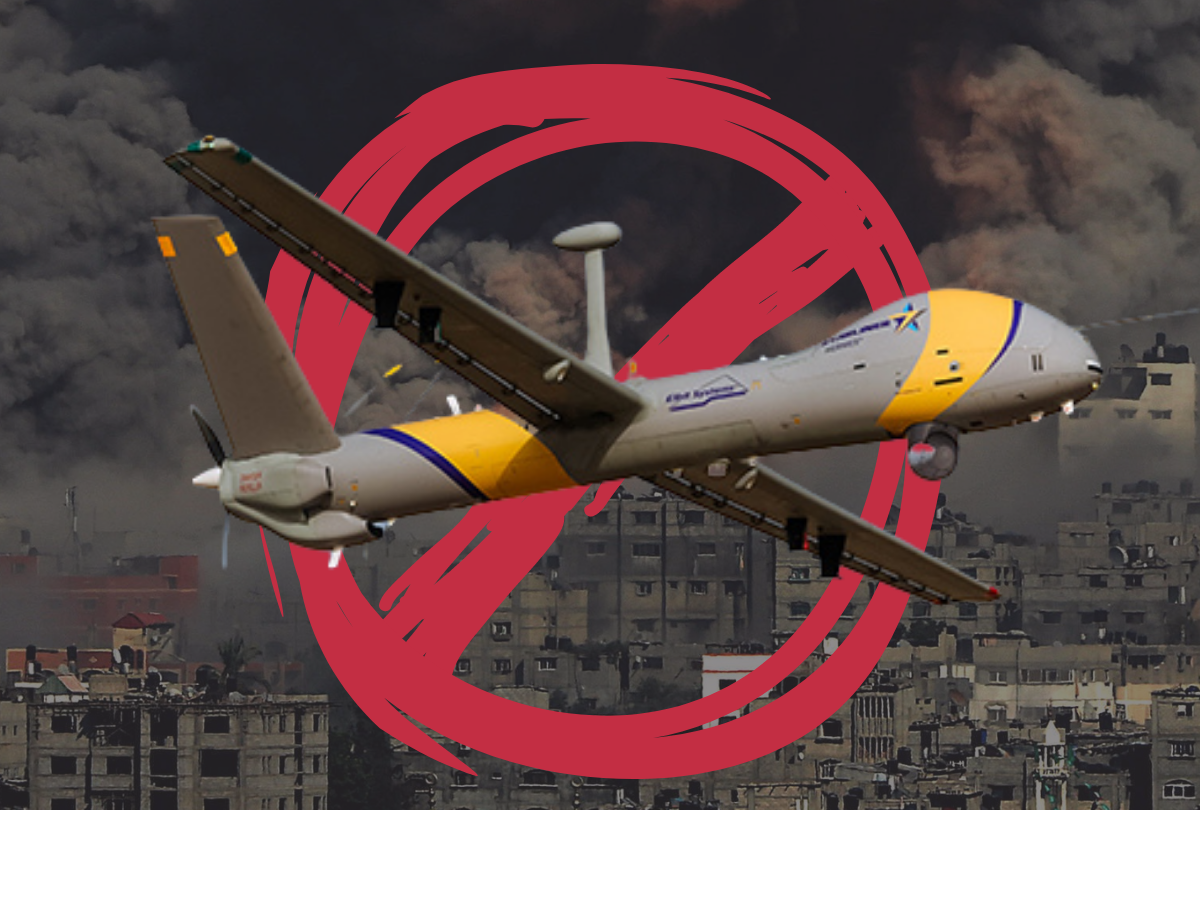 Yesterday, Canadians for Justice and Peace in the Middle East (CJPME) launched a campaign urging the Canadian government to cancel its 36 million dollar drone contract with Israeli weapons company Elbit Systems. Announced in December 2020, the stated purpose for this “civilian” drone is environmental surveillance in the arctic. However, Palestinian civil society and anti-war groups have raised concerns about the harmful role of Elbit Systems and its products in Israeli violations of human rights and international law in the occupied Palestinian territory.

“Canadian taxpayer dollars should not be going to bolster the profits of an Israeli weapons company which builds drones to monitor and target Palestinian civilians under occupation,” said Michael Bueckert, Vice President of CJPME. CJPME notes that the specific drone Canada has procured is a Hermes 900 StarLiner, a “civilian” version of the lethal military drone the Hermes 900. The Hermes 900 was first developed and tested during Israel’s 2014 assault on Gaza, when Israeli drone strikes alone killed 860 Palestinians, including 164 children. Elbit proudly claims that its products are “combat-tested”, and that the Hermes 900 Starliner draws on the “legacy” of its lethal military drones. CJPME believes that such purchases implicitly reward Israel for its oppression of Palestinians.

In addition to supplying 85% of Israel’s military drones, Elbit Systems produces white phosphorus and cluster munitions, parts for tanks and fighter jets, and sniper bullets, all of which have been deployed by Israel against Palestinians. Elbit has also provided technology for Israel’s wall, which severely infringes upon the civil liberties of Palestinians and was deemed illegal by the International Court of Justice in 2004. “It must be possible to find an alternative supplier for non-military technology which is not directly complicit in Israeli violence and oppression against Palestinian civilians,” added Bueckert.

For years, Palestinian civil society organizations under the banner of the boycott, divestment, sanctions (BDS) movement have been calling on the international community to cancel ties with Elbit Systems, as well as other Israeli institutions which are deeply involved in Israel’s human rights violations. Many investors have distanced themselves from Elbit Systems in recent years over its violations of international law, including the Norway Pension Fund, HSBC, and Barclays Bank. In 2020, Palestinian civil society reiterating the call for sanctions on Israel, including a ban on arms trade and military-security cooperation with Israel. Amnesty International and the Canadian Labour Congress also support a military embargo on Israel, which would include a ban on contracts with Israeli weapons manufactures like Elbit Systems.