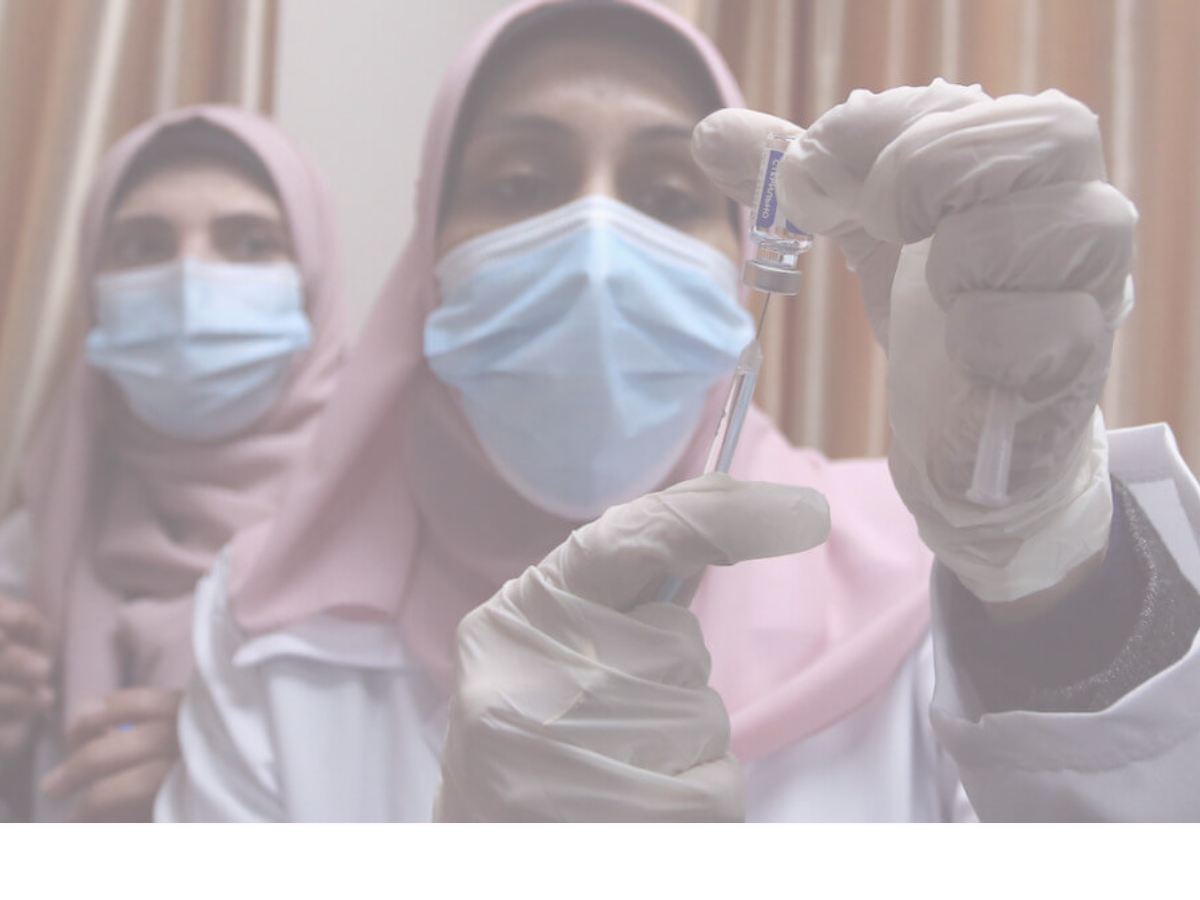 Montreal, February 23, 2021 — Like many Canadians, Canadians for Justice and Peace in the Middle East (CJPME) is deeply alarmed by Israel’s actions which impede the ability of Palestinians in the occupied Gaza Strip to access COVID-19 vaccines. Last week, when the Palestinian Authority tried to send its first shipment of vaccines (2,000 Sputnik V doses) for medical staff in Gaza, Israel blocked its entry for days. Meanwhile, Israeli politicians debated leveraging the shipment in return for extracting political concessions. CJPME urges the Canadian government to demand an immediate end to Israel’s illegal blockading of vaccines, and demand a promise from Israel that it will no longer endanger the lives of Palestinians by playing “vaccine politics.”

CJPME is acutely disturbed by debates between Israel’s political leaders over whether Israel should allow vaccines to enter Gaza at all, despite its obligations under international law. Avi Dichter (Likud) argued that Israel has no self-interest in allowing Gazans to get vaccinated, because there is very little interaction between them and Israelis; Michal Cotler-Wunsh (Blue and White) argued that transferring vaccines should be conditional on extracting political concessions from Hamas; and Ayelet Shaked (Israel’s Justice Minister from 2015-2019) said that Gazans should “go it alone” without vaccines unless political demands are met. CJPME notes that denying medical aid to an occupied population for any reason is a war crime.

“Last week’s unethical and manipulative blockading of vaccines by Israel demonstrates its total control over Gaza, and shows that it is prepared to leverage that power dangerously for political reasons,” said Michael Bueckert, Vice President of CJPME. CJPME has long contended that Israel’s blockade is a form of collective punishment, and fears its impact will worsen as an impediment to the health of the people of Gaza. Despite that fact that the international community has condemned Israel’s blockade of Gaza for years, Israel argues that the blockade is necessary for security reasons. This rationale is contradicted by Israel recent machinations around vaccines.

Israel’s decision to block vaccine shipments to Gaza comes within a broader context of its failures under the Fourth Geneva Convention, which mandates that Israel as an occupying power is responsible for the health care of its occupied population. Palestinians in the occupied West Bank and Gaza were excluded from Israel’s COVID-19 vaccination program, while Jewish-Israelis illegally colonizing the West Bank just metres away have received vaccines. For these reasons, many human rights organizations including Amnesty International and Human Rights Watch have called on Israel to fulfil its legal obligations and provide vaccines to the five million Palestinians in the occupied West Bank and Gaza. CJPME echoes these calls, and urges the Canadian government to pressure Israel to provide vaccines for everyone under its control and without discrimination.