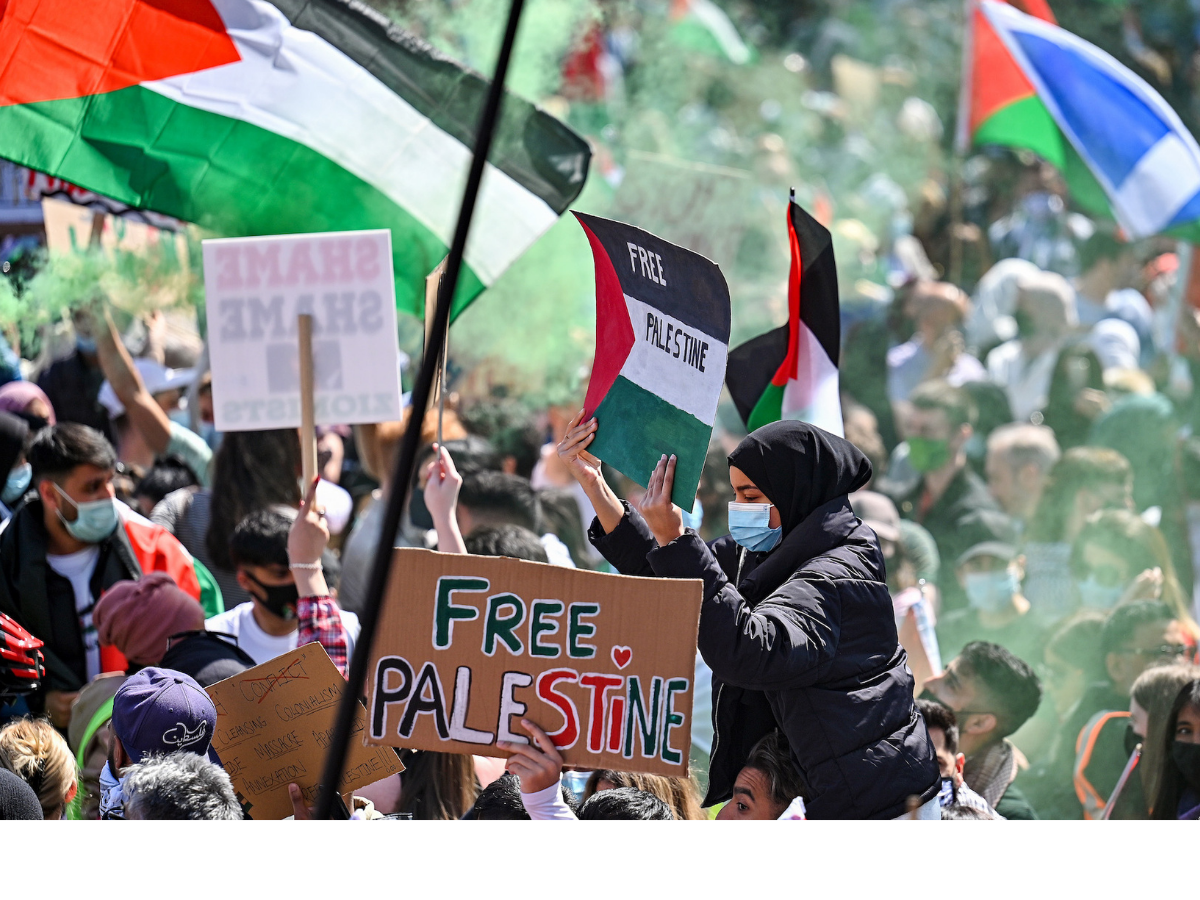 Amid an escalation of violence in Palestine-Israel, legislators from Europe and North America came together earlier today to talk about how to elevate the issue of Palestinian human rights in the global public discussion.

The meeting was the first for the multi-partisan “Inter-Parliamentary Task Force to Promote Palestinian Human Rights,” which is composed of 23 legislators from 10 countries, including the US, Canada, the UK, Ireland, Italy, Finland, Belgium and several other European countries. 13 representatives came together for the first meeting, including MPs Niki Ashton and Paul Manly (Canada), MP Tommy Sheppard (UK), MP Veronika Honkasalo (Finland), the Podemos International Secretariat (Spain) and the Offices of Representative Betty McCollum (US) and MP Fotini Bakadima (Greece).

Following the meeting, several members of the Task Force released a joint statement urging their governments to put pressure on Israel to respect human rights. The letter is open for more signatures, for download here and reproduced below (press release continues after the statement):

Statement from the Inter-Parliamentary Task Force to Promote Palestinian Human Rights (May 20, 2021)

As legislators from North America and Europe, we are horrified by the recent escalation in violence in the Middle East and we are urging the international community to take action. Israel’s planned dispossession of Palestinian families in Sheikh Jarrah, the violent raids against worshippers at the Al Aqsa mosque, and the devastating airstrikes targeting civilians in Gaza are shocking and unacceptable.

We are also gravely concerned by recent reports from human rights organizations, including B’Tselem and Human Rights Watch, which affirm what Palestinians have been saying for decades: that Israel’s discriminatory practices constitute apartheid. These reports must not go ignored but should force governments to acknowledge the reality of the oppression that Palestinians are subjected to across historic Palestine and in exile.

We know that our governments in North American and Europe have played a material role in Israel’s violations of international law and Palestinian human rights for decades, through trade, arms and security deals, as well as diplomatic support. We insist that Israel must be held accountable by the international community. Now is the time for governments to adopt concrete measures to put pressure on Israel to respect human rights.

“The renewed Israeli violence against Palestinians in Jerusalem, Gaza and across all historic Palestine has only heightened the need to speak out in defence of Palestinian human rights,” says Michael Bueckert, of Canadians for Justice and Peace in the Middle East.

“Many legislators who have a human rights focus feel frustrated by the ‘politics as usual’ approach of their parliamentary colleagues,” says Aneta Jerska of the European Coordination of Committees and Associations for Palestine. “This task force enables them to meet, compare notes, and strategize with like-minded legislators from around the world.”

The seeds of the Inter-Parliamentary Task Force were sown months ago by civil society groups in North America and Europe, who wanted to provide a broader platform for concerned legislators. The Task Force is intended to develop a much-need international response to promote the human rights of Palestinians, fostering collaboration and information-sharing between parliamentarians across the Atlantic who are engaged on this issue. While the Task Force has just launched, there has been talk of joint public statements, coordinated legislative initiatives, and strategic meetings with business and civic leaders.

While the Task Force and its decisions are driven by legislators, international civil society groups will provide a network of logistical support.  “We are excited to be facilitators in this process,” says James Tuite, of the UK’s Palestine Solidarity Campaign. “Working alone, many legislators don’t have the resources or influence to make themselves heard effectively.”  “Hopefully, the Task Force will provide a new platform for these people and their urgent message,” says Megan Driscoll, of Al-Shabaka, another civil society group supporting the initiative.

Even before Israel’s most recent campaign to evict Palestinians from their homes in the Sheikh Jarrah neighbourhood of East Jerusalem, and its repeated violent raids against worshippers at the Al Aqsa Mosque, there has been growing concern over Israeli human rights abuses against Palestinians. Last month, Human Rights Watch published a report asserting that Israel’s ongoing policies toward the Palestinians amounted to crimes against humanity of apartheid and persecution. This report and similar recent releases from Israeli human rights groups B’Tselem, Yesh Din and Al-Shabaka have reaffirmed the analysis brought forward by Palestinians for decades, which is that Israel’s long-standing abuses against Palestinians amount to apartheid.

The Task Force is expected to meet several times a year, in order to expand international concern and action in support of Palestinian human rights. “A group like this is so necessary,” says Fatin Al Tamimi, Chairperson of the Ireland Palestine Solidarity Campaign. “The treatment of Palestinians is a bellwether for the West’s true concern for international human rights.” Mousa Zaidan of the Coalition of Palestinian-Canadian Organizations added, “By talking honestly about what Palestinians are facing at the hands of Israel’s government, we provide a path for legislators and their governments to hold Israel to account and uphold their commitments to international law.”