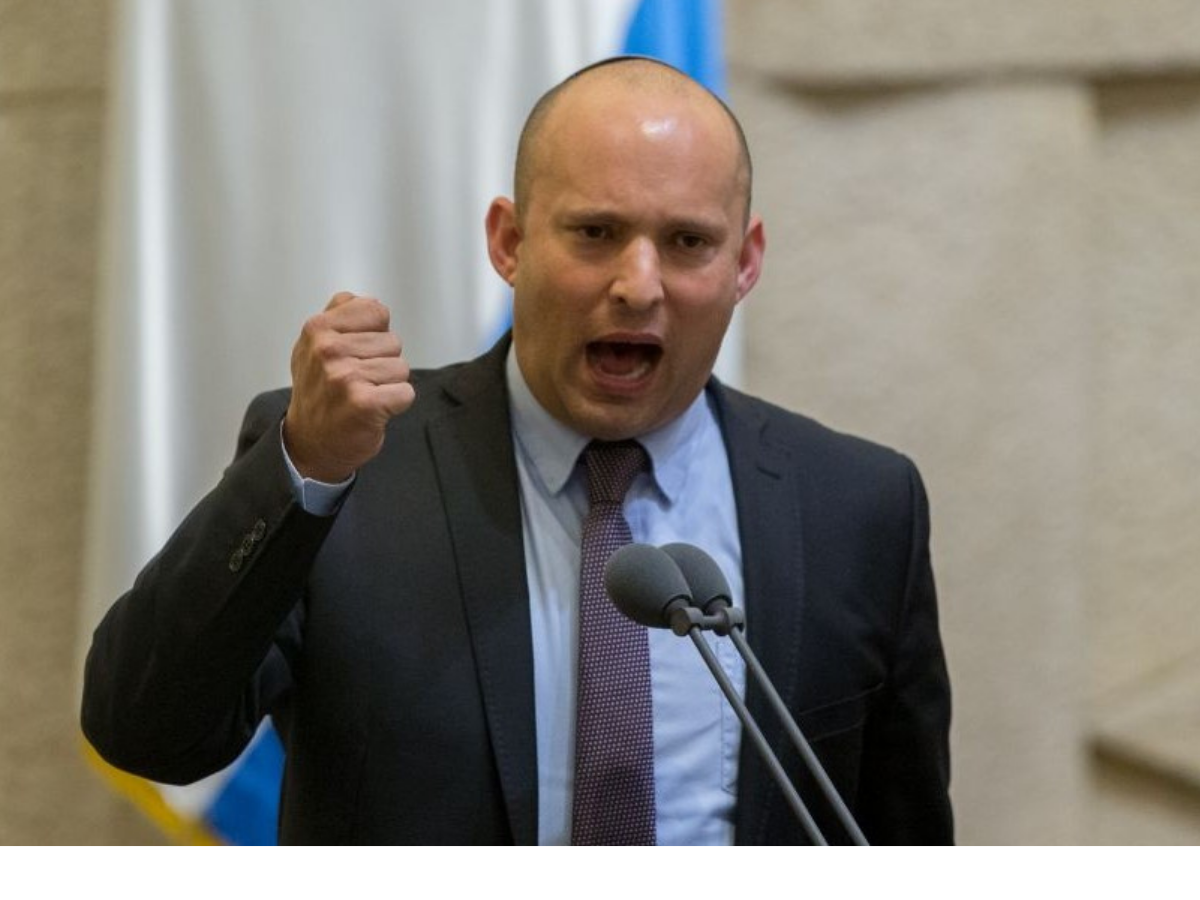 Montreal, June 13, 2021 — Canadians for Justice and Peace in the Middle East (CJPME) is urging the Canadian government to take immediate action to guarantee the rights and safety of Palestinians following the nomination of Israel’s new far-right Prime Minister Naftali Bennett. CJPME warns that Bennett has a long history of violently racist statements and actions against Palestinians, and therefore poses a grave threat to the millions of Palestinians who live under Israel’s military rule.

“While nobody is going to shed a tear for Netanyahu, his replacement by the far-right, racist, pro-settler Naftali Bennett is a genuinely alarming development,” said Michael Bueckert, Vice President of CJPME. “Bennett’s vocal support for the perpetual subjugation of Palestinians under a regime of Israeli apartheid shows that Palestinians do not have a partner for peace. Canada must refuse to engage in normal diplomatic relations with this racist government,” added Bueckert.

CJPME notes that Bennett has demonstrated violent racism throughout his career, in 2010 telling a Palestinian legislator in the Knesset that “When you were still swinging from trees, we had a Jewish state here,” and bragging in 2013: “I have killed lots of Arabs in my life – and there is no problem with that.” Bennett was a military commander involved in the “Qana massacre” in 1996, when an Israeli attack on UN facilities in Lebanon killed over 100 civilians seeking refuge. In 2018, Bennett argued for a “shoot to kill” policy against Palestinian protestors of all ages at the Gaza barrier, falsely claiming: “they are not children — they are terrorists.”

Importantly, Bennett has been consistent in his opposition to a Palestinian state. In 2013, he vowed that “I will do everything in my power, forever, to fight against a Palestinian state being founded in the Land of Israel,” adding in 2018 that “I would not give another centimeter to the Arabs.” In a 2014 op-ed to the New York Times Bennett wrote that “the time has come to rethink the two-state solution,” instead endorsing the annexation of 60 percent of the West Bank, and keeping Palestinians permanently subjugated within semi-autonomous Bantustans.

Despite Bennett’s far-right ideology, he will be leading a relatively broad coalition which includes right-wing and center-left parties, and even a representative of a Palestinian Islamic party. However, CJPME notes that all issues related to the occupation were absent from coalition agreements, and due to fragility of the coalition, there is unlikely to be much movement in either direction. “In the best-case scenario this government will preside over the status quo, which for Palestinians means continued occupation, apartheid, and ethnic cleansing, all overseen by a far-right, pro-settler, anti-Palestinian demagogue,” said Bueckert. “Imposing diplomatic and economic sanctions on Israel will be essential to demonstrate that Canada is holding this dangerous government to account,” added Bueckert.