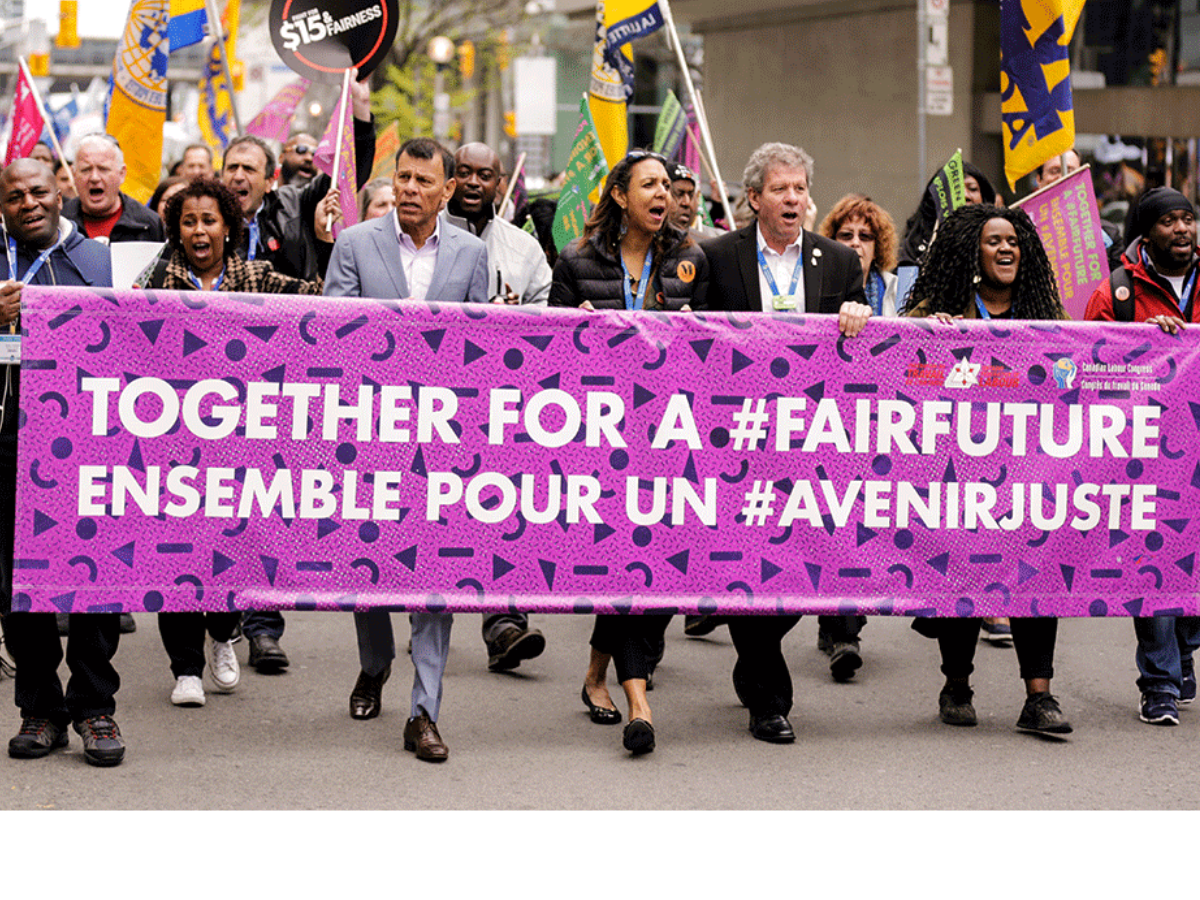 Montreal, June 18, 2021 — Canadians for Justice and Peace in the Middle East (CJPME) congratulates the Canadian Labour Congress (CLC) for resolving to campaign for Palestinian human rights and endorsing the use of sanctions and divestment against Israel. An emergency motion adopted by the CLC’s Canadian Council commits to support a ban on settlement goods, promoting divestment from Israeli military and security companies, and calling on Canada halt arms sales to Israel, among other measures. The CLC represents more than three million workers in Canada.

“The Canadian labour movement has always been on the forefront of the struggle for Palestinian rights, and we are thrilled to see Canada’s largest labour organization endorse concrete policy tools for challenging Israeli violence and ethnic cleansing,” said Michael Bueckert, Vice President of CJPME. “Having the support of the CLC will give a major boost to the solidarity work of local labour unions and strengthen the momentum of those pushing for sanctions on Israel.”

CJPME notes that many Canadian unions have previously taken steps to support Palestinian rights, including the use of sanctions. Motions to endorse the boycott, divestment, and sanctions movement (BDS), which is the Palestinian-led call to put economic pressure on Israel until it complies with international law, have been adopted by the Canadian Union of Public Employees Ontario (2006), the Canadian Union of Postal Workers (2008), the Confédération des syndicats nationaux (2015)  and Unifor (2017), among other labour bodies. The emergency resolution adopted by the CLC’s Canadian Council follows the recent adoption by the labour-affiliated New Democratic Party (NDP) of a policy supporting a ban on trade with settlements and an arms embargo on Israel.