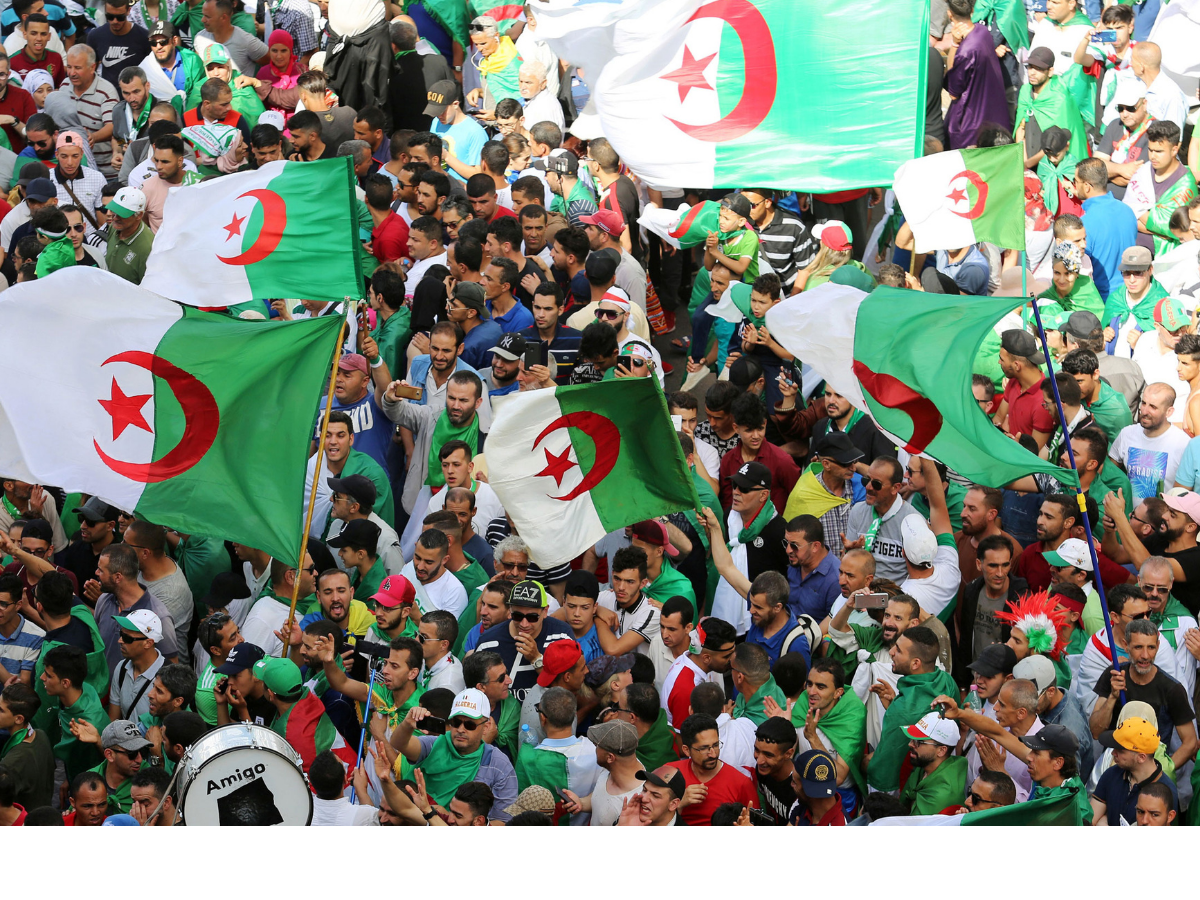 Montreal, June 22, 2021 — Today, Canadians for Justice and Peace in the Middle East (CJPME) joins dozens of organizations from around the world in denouncing the Algerian government’s alarming crackdown on dissent, and violations of human rights.  In 2019, Algeria saw significant civil unrest, with massive numbers of citizens taking peacefully to the streets. The 2019 protests called for dramatic political reforms and a reshaping of the entire governing system, but were met with stiff government violence and repression. Following the COVID-19 pandemic, protests resumed in February, 2021, and the Algerian government has again responded brutally.

CJPME and its co-signatories are particularly concerned about the Algerian government crackdown on freedom of expression, freedom of association, and peaceful assembly. This concern stems from Algeria’s ongoing crackdown on peaceful protesters, journalists and human rights defenders, involving the excessive use of force, the intimidation of protesters and the arbitrary and sham prosecutions. The Algerian government is also arbitrarily arresting and detaining hundreds of citizens. At least 200 individuals have been detained either for their online dissent, or their participation in peaceful protests, and 86 protesters were given prison terms during a single one-week period in May.

“We are extremely concerned about the Algerian government’s violence against widespread grassroots protests,” said Thomas Woodley, President of CJPME. “Algerians are right to be concerned not only about their government’s refusal to honour their legitimate demands, but also by their government’s brutal silencing of dissent.”  CJPME is pleased to see Algerian civil society organizations taking their concerns to the 47th UN Human Rights Council (HRC), and calls on Canada to address the increasing criminalization of freedom of association, peaceful assembly and expression in Algeria.