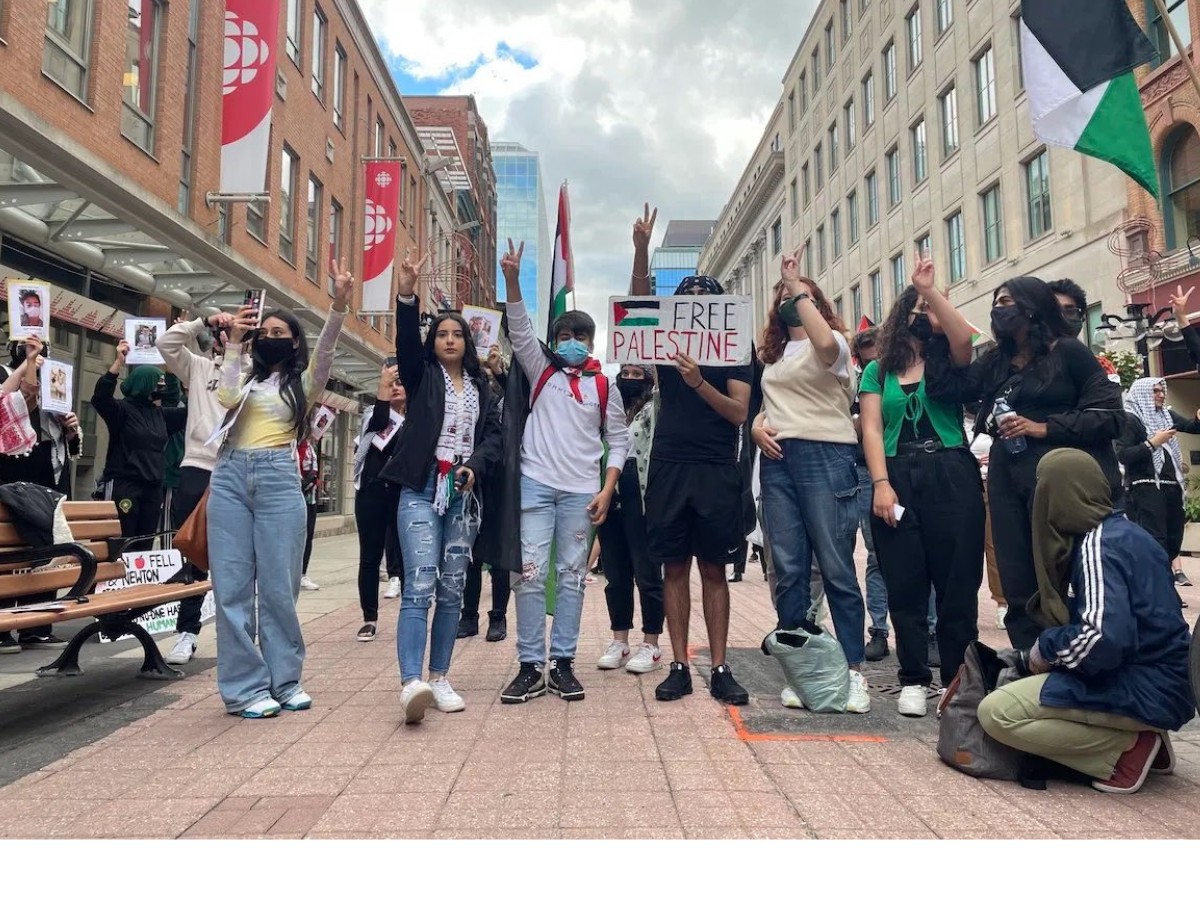 On July 21, 2021, CJPME co-signed a letter to the Canadian Broadcasting Corporation, demanding editorial and policy changes to improve CBC's coverage of Palestine. The letter was written with CBC Palestine (a collective of independent organizers) and the Coalition of Canadian Palestinian Organizations, and endorsed by 66 civil society groups, including CUPE Ontario, the Canadian Friends Service Committee (Quakers), and Independent Jewish Voices Canada.

Open Letter to CBC: Canadians call for fairness, impartiality, and integrity on Palestine

As civil society organizations, we recognize the important role CBC plays within Canadian society as our public broadcaster.

However, today we are writing to you deeply concerned with CBC’s coverage of Palestine-Israel.

Over the last month, CBC Palestine - a collective of independent organizers, and one of the signatories to this letter - expressed our dissatisfaction with this coverage through grassroots demonstrations at the CBC buildings in Toronto and in Ottawa. Protesters called on the CBC to meet basic journalistic principles of fairness, accuracy, balance, impartiality, and integrity when reporting on Palestine-Israel.

There are a few editorial issues that are particularly troubling for us we must raise with you.

First, we were incensed to find out about CBC’s policy of censoring the word “Palestine,” and were shocked when anchor Duncan McCue was forced to apologize on air for using the word.

While the CBC language style guide discourages the term “Palestine”, this position is not based in international law, and is contradicted by CBC policy regarding other conflicts.

It is well known that the State of Palestine has non-member observer status with the United Nations and is recognized by 138 countries. Moreover, entities such as Taiwan and Somaliland are mentioned in many CBC articles, despite the Canadian government’s position that it does not formally recognize either as sovereign states.

Second, we were disappointed that CBC still refuses to cover the recent Human Rights Watch report stating that Israel is committing crimes against humanity of persecution and apartheid. This was a landmark report by one of the most prominent mainstream, international human rights organizations. The report was covered in other international and Canadian press, yet entirely ignored by the CBC.

Third, we are disturbed by the many ways that CBC has been exercising control over journalists’ ability to report and speak about these issues. For example, CBC retaliated against journalists who signed an open letter to Canadian newsrooms calling for better reporting on Palestine-Israel, removing them from coverage of the Middle East.

As well, CBC has been discouraging journalists from using the word “Palestine” even in casual conversation, and has put all CBC coverage under strict editorial control, creating a centralized “staff advisory panel” to vet all content and overrule the discretion of its own journalists. These policies restrict the ability of journalists to properly cover the issues and are likely to result in a watering down of reporting.

Let us be clear: we are not asking CBC to take sides on Palestine-Israel. We simply ask that you report the reality on the ground, stop ceding to pressure from lobby groups which seek to censor content sympathetic to Palestinians, and stand up for your own journalists and their expertise.

We believe that fair and balanced coverage will require the inclusion of Palestinian voices in editorial teams, and relying on reporters with knowledge of the region. Canadians need to hear this nuance and context.

As signatories to this letter, and as the protesters highlighted, our demands are as follows:

We look forward to hearing from you in response to this letter and our demands.