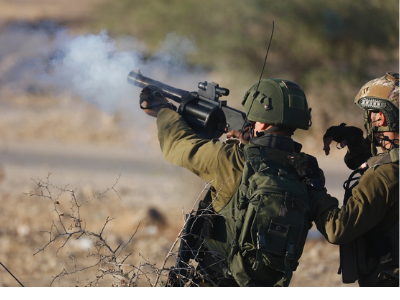 Montreal, October 22, 2021  — Canadians for Justice and Peace in the Middle East (CJPME) is expressing serious alarm following a major Israeli assault against Palestinian civil society. Israel’s Minister of Defense Benny Gantz today declared six respected and credible Palestinian organizations – several of them human rights organizations - to be “terrorist organisations,” in a clear attempt to shut down their activities. CJPME warns that this designation is likely to have catastrophic financial, legal, and reputational consequences for these vulnerable organizations, putting the work and safety of their employees at risk.

The civil society organizations targeted by Israel’s declaration include Defense for Children International – Palestine (DCI-P), which promotes and protects the rights of Palestinian children under occupation; Al-Haq, a human rights organization that participates actively at the United Nations; and Addameer Prisoner Support and Human Rights Association, which provides legal aid to Palestinian political prisoners. Also targeted are the Bisan Centre for Research and Development, the Union of Agricultural Work Committees, and the Union of Palestinian Women’s Committees (UAWC).

“Israel’s latest move is nothing less than an authoritarian attack on Palestinian civil society, and an attempt to eliminate the ability of Palestinians to advocate for their legal and human rights,” Michael Bueckert, Vice President for CJPME. “CJPME stands firmly with these human rights defenders and community advocates against Israel’s unconscionable attacks,” Bueckert added.

The targeting of DCI-P is especially devastating as it comes amid a wave of arrests of Palestinian children by Israeli forces, often involving physical violence, according to UNICEF. As noted by the United Nations Office for the Coordination of Humanitarian Affairs, nearly 70 Palestinian children have been killed and at least 1,394 have been wounded since the start of 2021. CJPME has occasionally launched joint initiatives with DCI-P. You can read DCI-P’s statement here.

CJPME urgently calls on Canadian officials to publicly condemn and challenge Israel’s oppressive “terrorist” designation of these organizations. Canada must use its diplomatic strength in the region to protect the work of these organizations, and to stand up for all civil society actors who operate under Israel’s brutal military occupation.