Montreal, January 28th, 2022 — On the fifth anniversary of the Quebec City Mosque Massacre, Canadians for Justice and Peace in the Middle East (CJPME) commemorates and remembers the tragic events at the Islamic Cultural Centre of Quebec City on January 29, 2017 which left 6 dead and 19 injured.  The victims included Azzeddine Soufiane, 57, father of three; Khaled Belkacemi, 60; Aboubaker Thabti; Mamadou Tanou, 42, father of two; Ibrahima Barry, 39, father of four; Abdelkrim Hassane, 41, father of three.  CJPME also points out that one year ago, the federal government designated that January 29 be recognized as a “National Day of Remembrance of the Québec City Mosque Attack and Action against Islamophobia.” 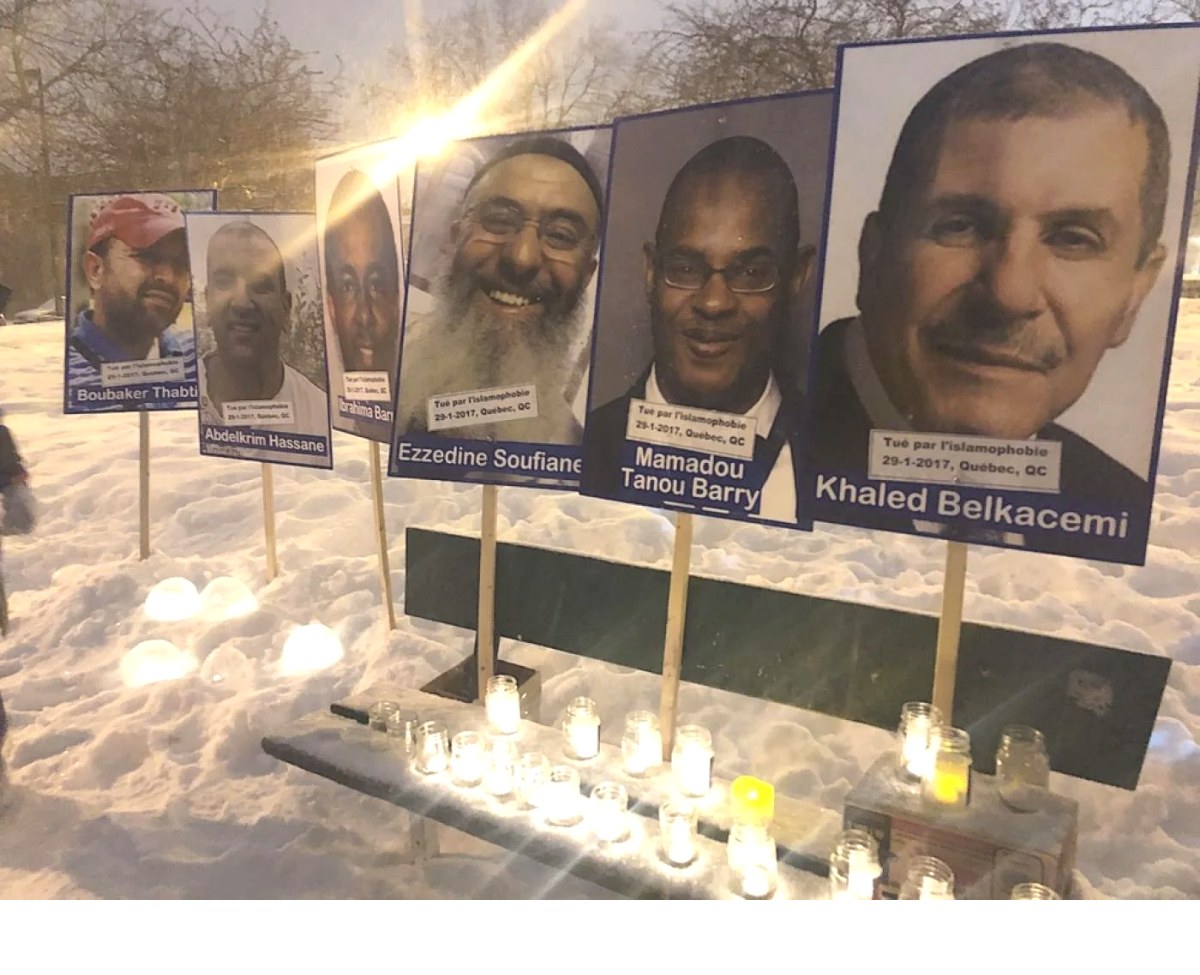 “On the anniversary of the heartbreaking events at the Quebec City Islamic Centre, we say, ‘The victims of January 29 will not be forgotten. We will fight to ensure this never happens again and we condemn Islamophobia and all other forms of religious discrimination,’” asserted Thomas Woodley, president of CJPME.  As a result of CJPME’s “I Remember January 29” campaign (http://january29.ca), well over 7000 emails and postcards were sent to the Prime Minister and other members of Parliament calling for national recognition of January 29.

CJPME is anxious to see more emphasis and action from the government following the designation last year of January 29 as a day of national remembrance.  “Establishing such a day of commemoration is only meaningful if it is followed up with concrete engagement, legislation and funding,” asserted Thomas Woodley, president of CJPME.  “While there are positive signs from certain quarters, far more concrete changes are necessary to demonstrate the government is serious about addressing the problem of Islamophobia in Canada.”

CJPME points out that the horrific car-ramming attack on a Muslim family in London, ON last summer was yet another reminder of the latent hostility that Muslims across Canada often feel.  And in 2019, in Quebec, the government instituted its controversial Law 21, which CJPME has been actively opposing.  Law 21 – which bars individuals in Quebec wearing religious garb from holding key public service jobs in Quebec – provides even more impetuous to combat Islamophobia in Canada.