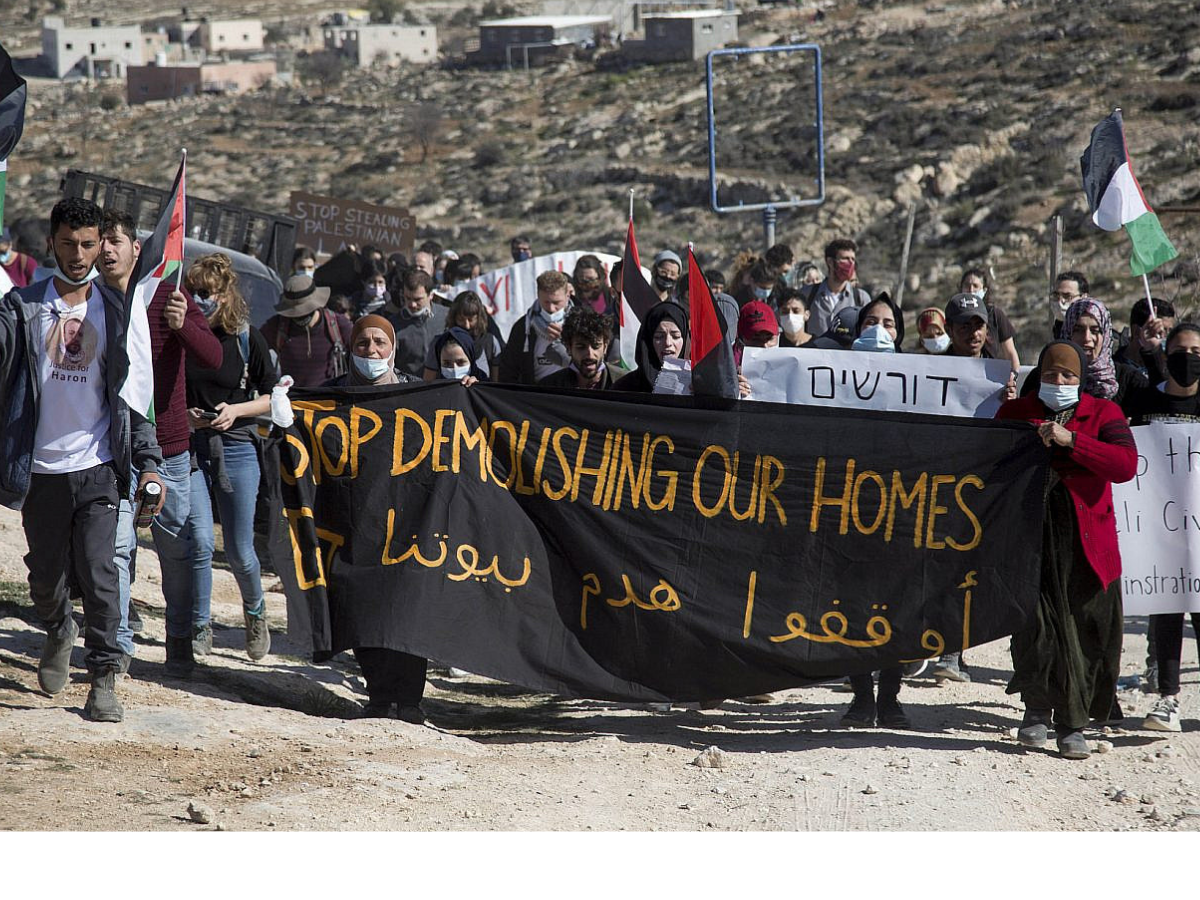 Montreal, May 5, 2022  — Canadians for Justice and Peace in the Middle East (CJPME) is urging the Canadian government to take immediate action to protect the rights of more than 1,000 Palestinians in 8 villages in the West Bank area of Masafer Yatta, following an Israeli Supreme Court ruling which gives a green light to their imminent forcible transfer. While the forcible transfer of a civilian population is clearly prohibited under the Fourth Geneva Convention, Israel’s Supreme Court sets the stage for one of the largest expulsions of Palestinians since the start of the occupation in 1967. CJPME demands Canada protect Palestinians against the threat of ethnic cleansing by imposing sanctions against Israeli officials and referring the matter to the International Criminal Court.

“Israel’s Supreme Court has just approved a war crime,” said Michael Bueckert, Vice President of CJPME. “If Canada does not act immediately to deter Israel from forcibly removing the Palestinian communities of Masafer Yatta from their homes, it fails its obligation as a signatory of the Fourth Geneva Convention to 'ensure respect' for international law,” added Bueckert. CJPME also fears that, without international condemnation, Israel will feel emboldened to carry out similar acts of ethnic cleansing across occupied Palestine.

Masafer Yatta is an area in the South Hebron Hills, in the south of the occupied West Bank. In the early 1980s Israel declared the area a closed military firing zone, with the sole and explicit purpose of stopping “the expansion of the Arab villagers from the hills,” according to Ariel Sharon in meeting minutes from 1981, and “to keep the areas in our [Israeli] hands.” More than 18 per cent of the occupied West Bank has been declared a firing zone since the 1970s, covering a territory which is home to at least 6,200 Palestinians. The Supreme Court ruling therefore sets a dangerous precedent that could lead to the expulsion of each of these communities.

The Israeli Supreme Court decision brings to an end more than 20-years of court proceedings on Masafar Yatta, after an initial attempted deportation of 700 Palestinians in 1999. This state-sanctioned destruction of Masafa Yatta has been accompanied by accelerating acts of Israeli settler terrorism in recent years, supported and assisted by the Israeli state, as well as racially discriminatory zoning policies leading to the demolition of 64 residential buildings (home to 346 people) since 2006.