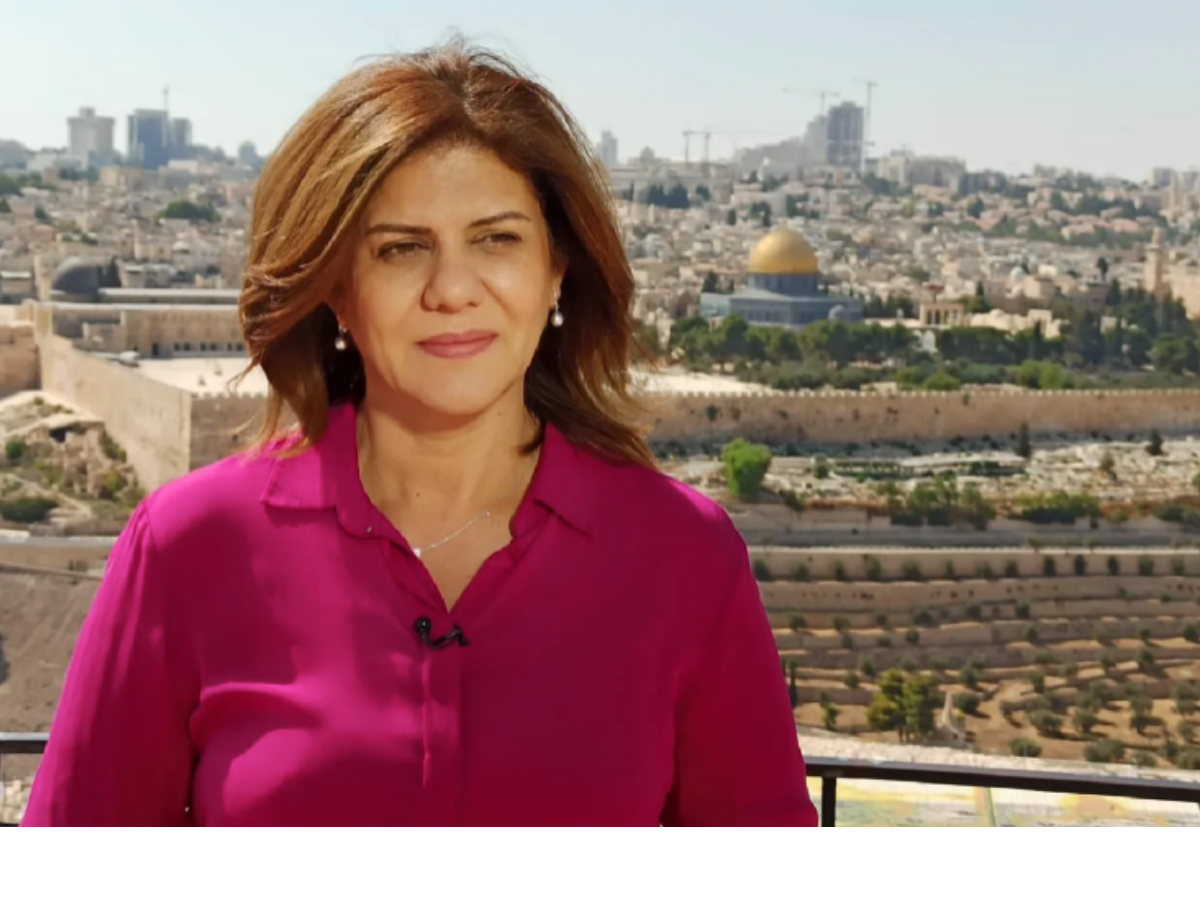 Montreal, May 11, 2022  — Canadians for Justice and Peace in the Middle East (CJPME) calls for an independent and international investigation into the killing of veteran Al-Jazeera journalist Shireen Abu Akleh, who was shot in the head today by Israeli snipers while covering an Israeli raid in the Palestinian city of Jenin. Reports from journalists who were with Akleh on the ground said that they were deliberately targeted by Israeli snipers, despite wearing press vests and helmets, and Al Jazeera asserts that Akleh was “assassinated in cold blood.” CJPME urges Canada to refer this case to the International Criminal Court (ICC), and to respond to violence against journalists by suspending all military trade with Israel.

“Israel’s deliberate killing of journalist Shireen Abu Akleh amounts to a de facto execution, and possibly a war crime,” said Michael Bueckert, Vice President of CJPME. Although several Canadian officials have expressed support for an investigation into this incident, CJPME points out that Israel has proven itself incapable of investigating or prosecuting Israeli attacks against Palestinians. In fact, Israeli human rights organization B'Tselem considers Israeli investigations to be what it calls a “whitewash mechanism.” “For any investigation to be credible, it must be independent and international," adds Bueckert. "That is why Canada must support efforts by journalist organizations to bring Abu Akleh’s case before the International Criminal Court.”

CJPME notes that while an international investigation is required to hold those responsible accountable, broad evidence has already been gathered from eyewitness accounts to conclude that Israeli snipers are responsible for this killing. Human rights group B’Tselem has also already provided a preliminary investigation on the ground, debunking initial Israeli claims attempting to pin responsibility on Palestinian militants.

“The killing of Abu Akleh follows an outrageous pattern of Israeli attacks on journalists," assert Bueckert. "At the same time as Canada must call for an independent investigation, it must also unequivocally condemn Israel for this attack” added Bueckert. The attack on Akleh is part of a broader context in which Israel conducts systemic attacks on journalists with impunity. Last year, Israel deliberately bombed an 11-story residential tower that hosted the offices of Al Jazeera and the Associated Press, and Reporters Without Borders says that at least 144 Palestinian journalists have been violently targeted by Israeli forces during the Great March of Return protests since 2018. At the end of April, the International Federation of Journalists (IFJ), the Palestinian Journalists’ Syndicate (PJS) and the International Centre of Justice for Palestinians (ICJP) submitted a joint complaint to the International Criminal Court (ICC), alleging Israel’s "systematic targeting of journalists working in Palestine" – killing 46 journalists since 2000 – amount to war crimes. Today, the IFJ announced that it would seek to add Akleh’s case to their complaint, as an example of the “deliberate systematic targeting of a journalist.” CJPME urges the Canadian government to lend its support to this investigative process so that Israeli officials cannot evade accountability.