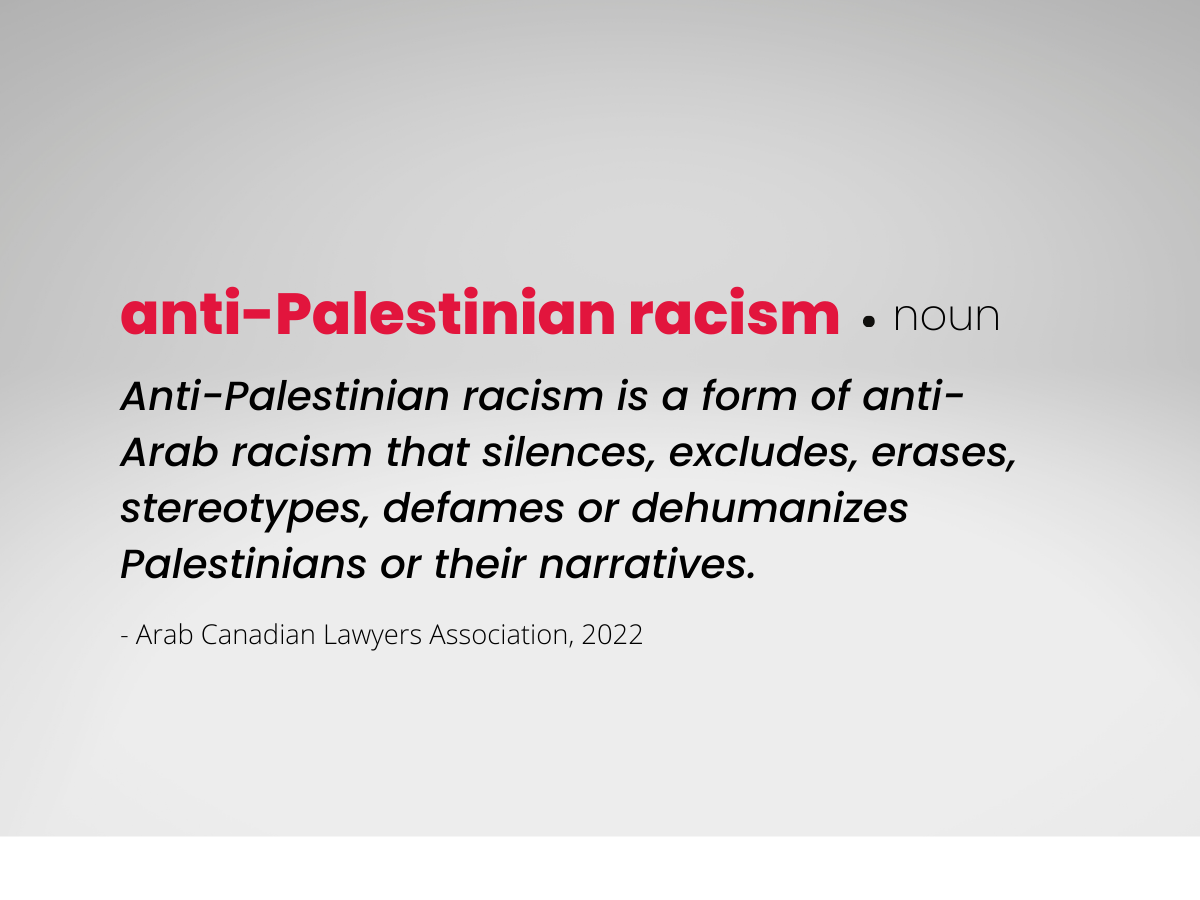 “For many years, we have witnessed Palestinian narratives be defamed, censored, and erased, and it is important that we accurately identify this phenomenon as racism,” said Thomas Woodley, President of CJPME. CJPME believes that this report will make it easier for Palestinians and their supporters to name and challenge the forms of racism that they encounter on a regular basis.

The ACLA report provides the following description of anti-Palestinian racism:

There are many examples of anti-Palestinian censorship which CJPME has followed in just the past year, and which should be documented as racism; for example: journalists were reprimanded by the CBC for signing an open letter calling for better reporting standards on Palestine; a children’s book was banned from Indigo Books for including a map that says “Palestine” rather than “Israel”; Postmedia apologized to a pro-Israel lobby group for running an advertisement for Amnesty International which featured a 15-year-old Palestinian journalist; and an article featuring local Palestinian perspectives which was censored by a Saskatoon student newspaper.

CJPME notes that the ACLA has simultaneously launched a new tool to enable individuals to self-report any incidents of anti-Arab or anti-Palestinian racism that they experience or witness. CJPME encourages Canadians to use this tool to report anti-Palestinian racism if they see it in their school, workplace, in the media, or elsewhere.