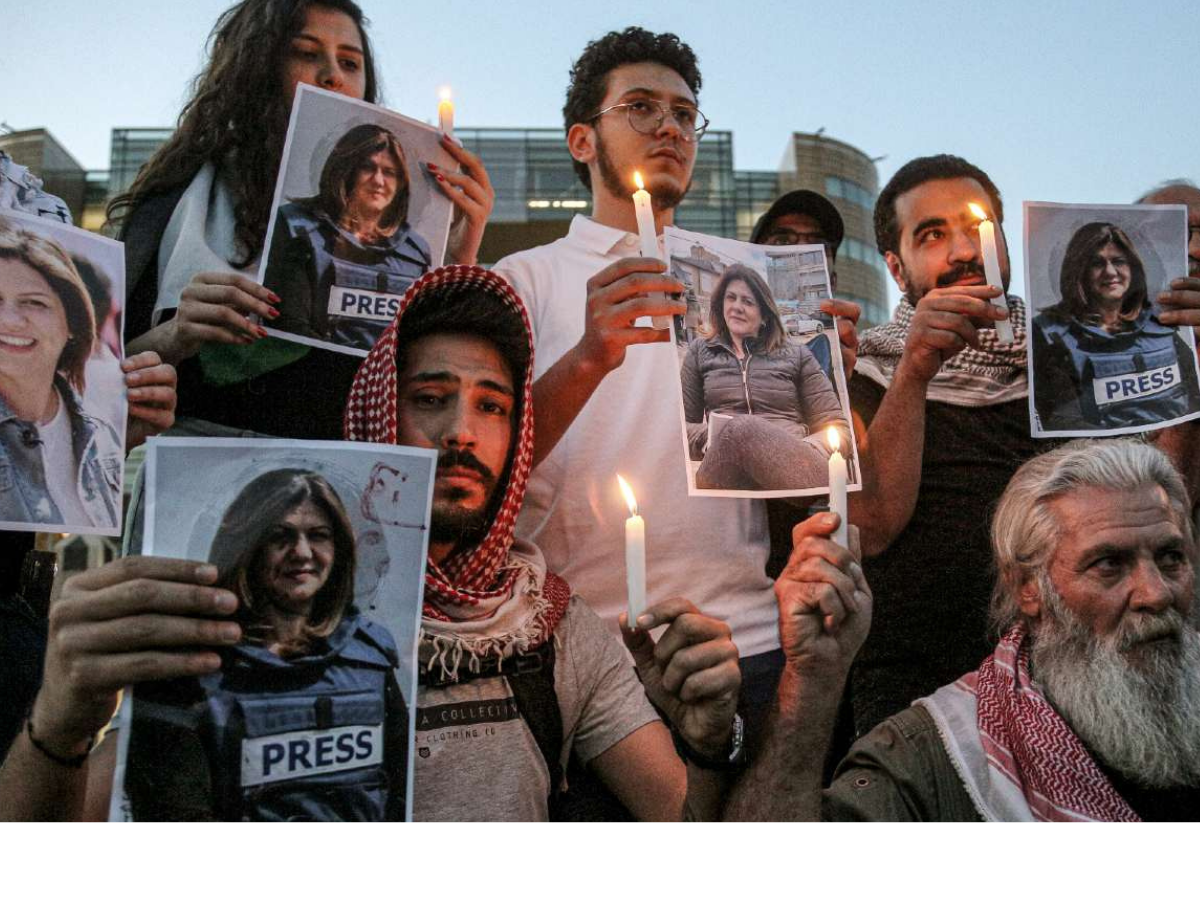 Montreal, May 20, 2022 - Below is a letter from CJPME to Foreign Affairs Minister Mélanie Joly urging Canada to support an independent, international investigation into Israel's killing of journalist Shireen Abu Akleh. Click here to download a PDF of the letter.

It has been more than one week since the killing of Al Jazeera journalist Shireen Abu Akleh, who was shot in the head during an Israeli raid in Jenin, a city in the occupied West Bank. In the aftermath, you issued a tweet calling for a “thorough investigation” into the killing, and the Parliamentary Secretary to the Minister of Foreign Affairs has said that people will need to have “confidence in its findings.” However, even as evidence mounts which points to Israeli forces as the perpetuators of the attack, Israel has indicated it is not willing to participate in a credible investigation of the crime. In the absence of accountability, and given the gravity of the incident, Canada must demand nothing less than an independent, international investigation.

From the beginning, it was immediately apparent that Israeli forces were responsible for the killing of Abu Akleh, as multiple eyewitness accounts from the scene insisted that she was deliberately targeted by Israeli soldiers in what they referred to as an execution or assassination. These witnesses included journalists Shatha Hanaysha, who was standing beside Abu Akleh when she was killed, and Ali al-Samoudi, who was shot in the back during the same attack. Since then, these credible accounts have been supported by additional evidence and two independent, preliminary investigations:

While Israel continues to deflect responsibility for the killing of Abu Akleh, there is strong reason to doubt its credibility, given the behaviour of Israeli officials following the murder. The Israeli government initially spread disinformation attempting to blame Palestinians for the killing, which was immediately debunked by Israeli human rights organization B’Tselem and several news outlets. This week, the Israeli military announced that it will not conduct a criminal probe.

Israel has sought to shift focus onto the Palestinian Authority (PA) for not agreeing to a ‘joint investigation’ or handing over evidence, but the PA’s position is entirely reasonable. Just as nobody would expect Ukraine to cooperate with Russia in a joint investigation into Russian war crimes, it is outrageous to expect Palestinians to cooperate with a military regime which occupies them, and which is reasonably believed to have perpetuated this crime. Underlining this point are the reports from B’Tselem and other human rights organizations, which document how Israel’s military has shown itself unable and unwilling to investigate itself, giving Palestinians no reason to trust an Israeli-led process.

On the contrary, the PA has declared its willingness to cooperate with an international investigation to ensure a fair and credible process, and intends to bring the case to the International Criminal Court (ICC). The International Federation of Journalists has also announced it would seek to add Abu Akleh’s case to their existing complaint at the ICC against Israel’s systemic targeting of journalists. Canada should give its full support to these initiatives.

Only an independent and international investigation offers any hope for justice and accountability. We exhort you to clearly condemn the killing of Abu Akleh by Israeli forces, call for an independent, international investigation, and demand Israel’s full cooperation, including the handing over of evidence. Canada should also immediately suspend military trade with Israel, to ensure that made-in-Canada weapons are not used to target journalists or anyone else.

We reiterate our request to meet with you in-person regarding these, and other matters, related to Canada's relationship with Israel and the Palestinians.