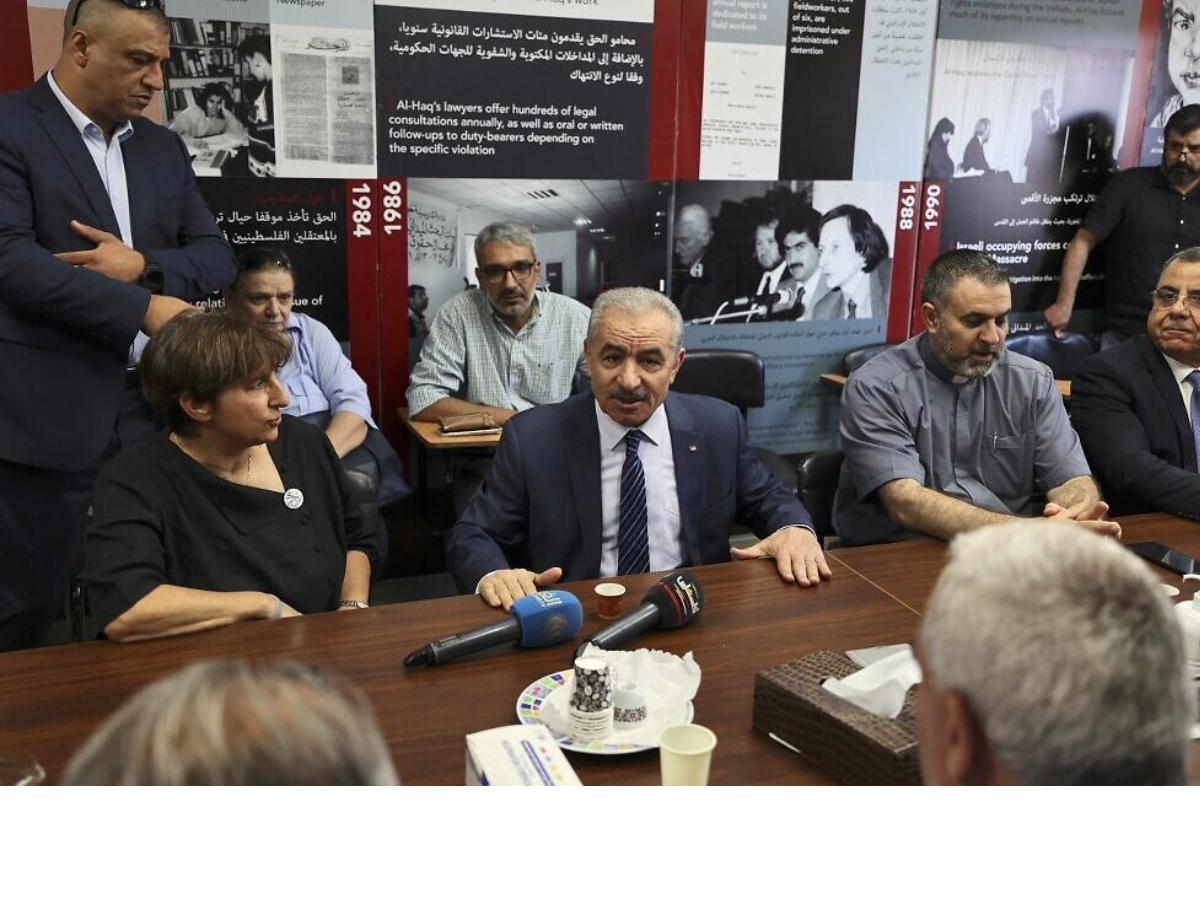 Montreal, August 18, 2022 — Canadians for Justice and Peace in the Middle East (CJPME) has written to Foreign Affairs Minister Mélanie Joly urging immediate action in support of six leading Palestinian NGOs, whose offices in Ramallah were violently raided and shut down by Israeli occupation forces early this morning. Israel outlawed these organizations in October 2021 by falsely designating them as “terrorist” groups, but no credible evidence justifying this designation has ever been brought forward. This morning, Israeli forces raided and damaged the offices of the six organizations, confiscating their property, welding their doors shut, and leaving behind military orders declaring the organizations to be unlawful.

“Israel’s escalating attacks against the six Palestinian organizations must be condemned in the strongest terms possible,” said Michael Bueckert, Vice President of CJPME. “Canada’s ongoing silence in the face of unfounded attacks on Palestinian civil society is contributing to Israel’s sense of impunity and will only embolden further and more dangerous actions against human rights defenders,” added Bueckert.

The organizations targeted by Israel’s repressive actions include some of the most respected civil society groups operating in the occupied Palestinian territories (OPT). This includes Defense for Children International – Palestine (DCI-P), which is currently investigating the deaths of 17 children killed during Israel’s recent military offensive in Gaza. It also includes Al-Haq, a human rights and international law organization which is currently preparing evidence for the International Criminal Court’s investigation into war crimes in the OPT.

CJPME notes that Canada has repeatedly refused to take a position on Israel’s attacks against the six Palestinian NGOs, even as Israel’s actions have been universally condemned by UN representatives and human rights organizations. Last month, nine European countries (Belgium, Denmark, France, Germany, Ireland, Italy, Holland, Spain and Sweden) issued a joint statementconcluding that “no substantial information was received from Israel that would justify reviewing our policy towards the six Palestinian NGOs,” and pledged that “in the absence of such evidence, we will continue our cooperation and strong support for the civil society in the OPT.” (For links and additional sources, see CJPME’s Backgrounder on Israel’s criminalization of Palestinian NGOs).

CJPME urges Canada to join the rest of the international community in supporting Palestinian human rights defenders, and to immediately take the following actions: