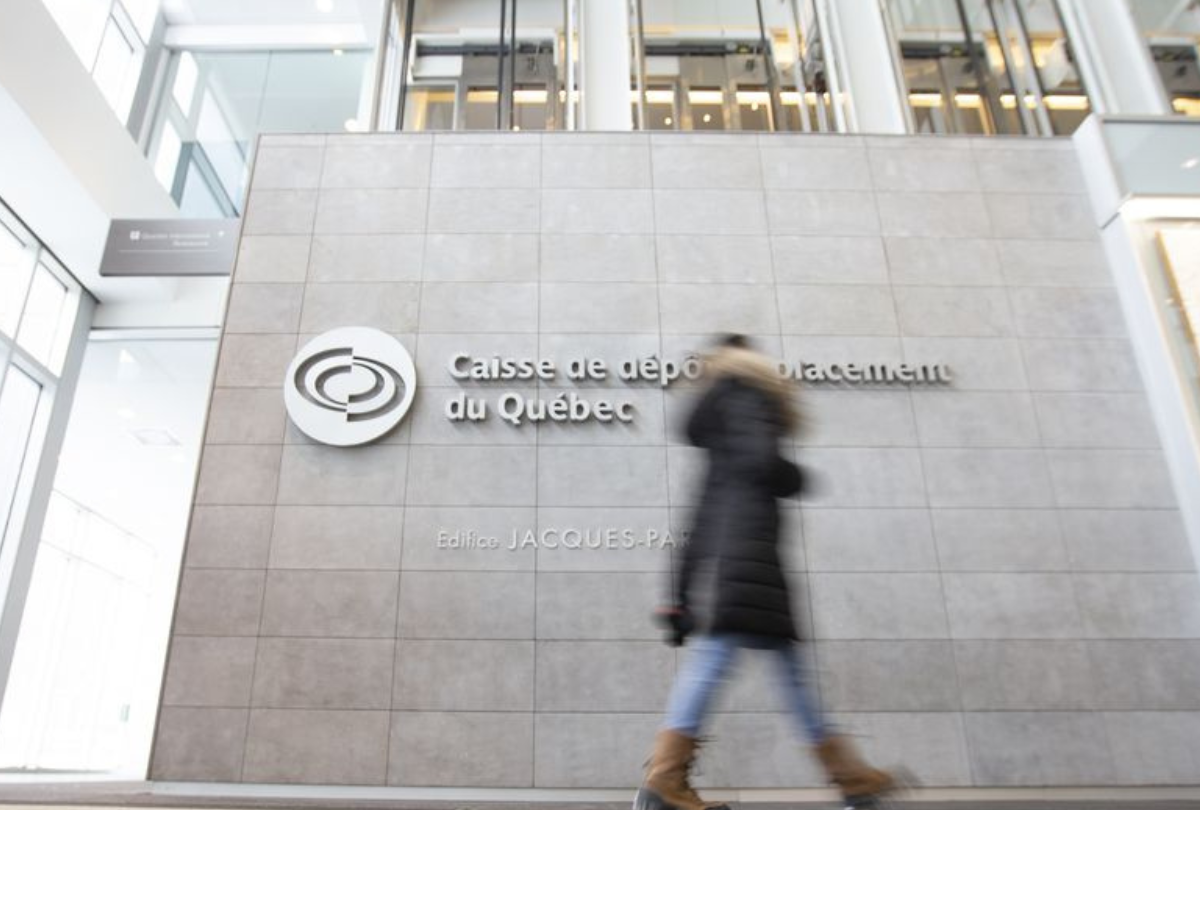 CJPME is a member of the BDS-Quebec coalition, which released the following press release about Quebec's pension fund, la Caisse de dépôt et placement du Québec (CDPQ), which has invested in the Israeli company Policity Ltd.

Montreal and Quebec City, September 19, 2022 –  At a time when the relevance of investing in the Generations Fund is being discussed, the BDS-Quebec Coalition is calling on the CDPQ to put together a portfolio that respects human rights, demanding that it break its financial ties with the company Policity Ltd. Following a series of meetings with the CDPQ, BDS-Quebec noted serious shortcomings in the social supervision of the CDPQ's investments.

“With the Generations Fund and our pension funds, we are involved in house raids and imprisonment without trial," says Dyala Hamzah, a member of BDS-Quebec and a professor of history at the University of Montreal. "Quebecers have always been pacifists, there is no way they would support such violence financially. I can't believe I'm supporting this regime against my will,” she adds.

The continued investment in Policity Ltd. is at odds with the report of UN Special Rapporteur Michael Lynk, who urges the international community to take responsibility for Israel's apartheid regime against the Palestinians. This recent report echoes those of Human Rights Watch (2021) and Amnesty International (2022).

What is Policity Ltd. and what is its relationship to the CDPQ? In March 2022, BDS-Quebec requested a meeting with the CDPQ regarding its investment in Policity Ltd. This company runs the Israeli police training academy, which is the subject of international boycott campaigns for its involvement in the brutal oppression of the Palestinian civilian population. In April 2021, the CDPQ became financially associated with Policity after it became a major shareholder in Allied Universal, a multinational private security company, which had just acquired G4S, a 25% shareholder in Policity. Several pension funds or sovereign wealth funds have recently dissociated themselves from G4S, such as KPL, Norges Bank and the Pension Fund of MP academics in Denmark. 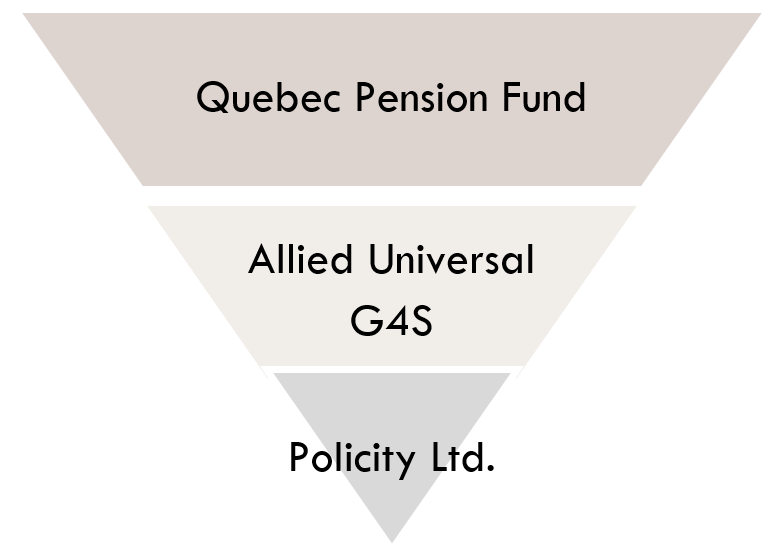 Representation of the relationship between CDPQ and Policity Ltd.

Meetings between the CDPQ and BDS-Quebec. In June 2022, BDS-Quebec began a dialogue with the CDPQ through a series of meetings with Philippe Batani, Vice-President, Communications and Public Affairs and Catherine Simard, Senior Director, Sustainable Investment. BDS-Quebec demands that the CDPQ dissociate itself financially from Policity. The CDPQ values the long term: “We seek to evolve, to 'socialize' our portfolio companies, says Mr. Batani, particularly through shareholder dialogue.” Forcing Allied Universal to divest its assets in Policity is not part of this approach. “We are disappointed at BDS-Quebec, we have the impression that the CDPQ does not take its fiduciary obligations to Quebecers seriously.” Unethical, these assets are, by the CDPQ's own admission, also non-performing: “the company no longer brings in income in Israel.”

More broadly, BDS-Quebec calls on the CDPQ to live up to its ethical responsibilities under the UN Guiding Principles on Business and Human Rights by "preventing and addressing business-related human rights abuses in conflict and post-conflict environments through enhanced human rights due diligence and access to remedy. In order to claim the title of responsible investor, CDPQ must also act and act quickly on human rights issues. The long term cannot be prioritized in a framework of injustice. The Coalition calls on the CDPQ's 46 depositors to be vigilant and on the CDPQ to make a 180° turn in terms of responsible investment, showing leadership, as it has done on climate change.

What is the crime of apartheid? This international legal concept is defined as a crime against humanity by the United Nations (UN) General Assembly Resolution 3068 XXVIII of November 30, 1973. It is recognized by the Rome Statute of 2002, establishing an international criminal court.