CJPME: With mounting evidence of Israeli responsibility, Canada must support an ICC investigation into the killing of Shireen Abu Akleh 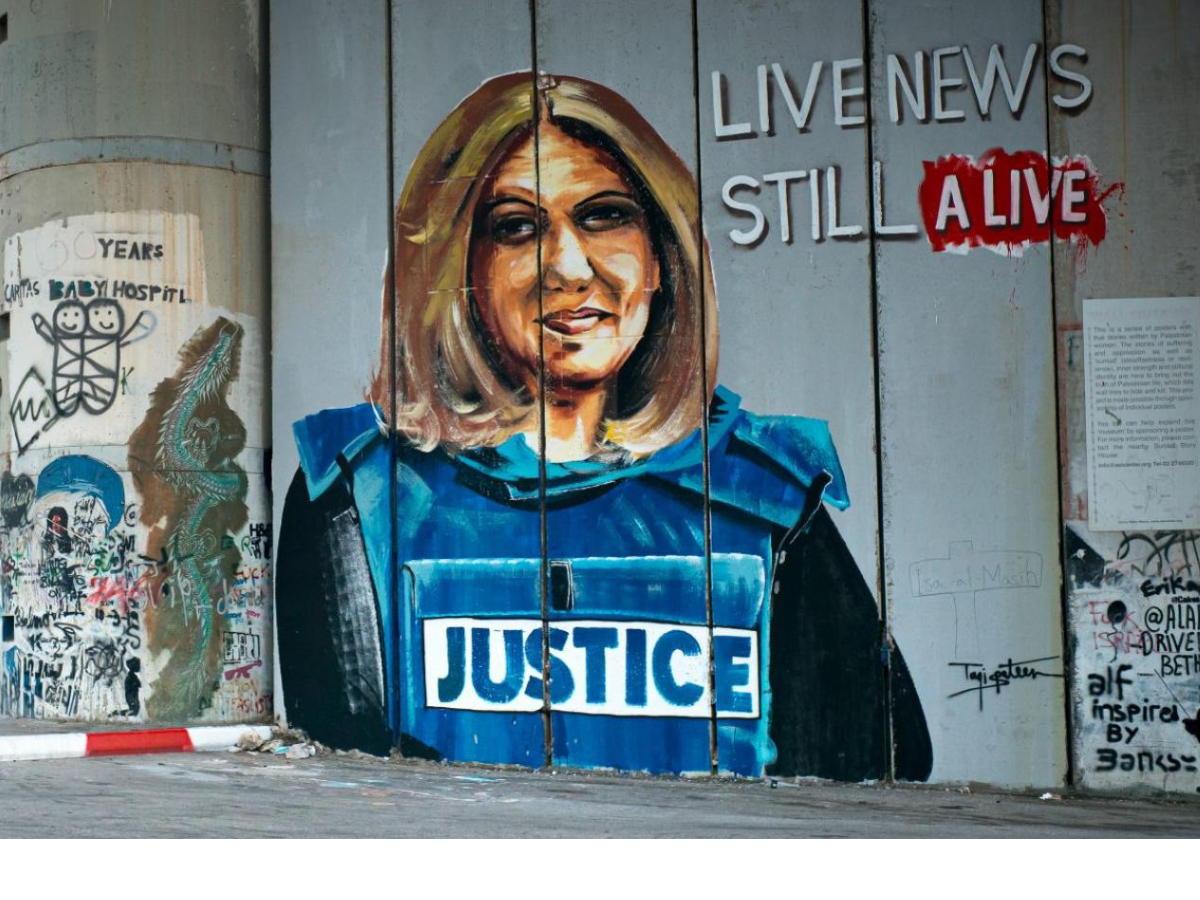 Montreal, September 7, 2022 — Canadians for Justice and Peace in the Middle East (CJPME) is reiterating its call for Canada to support an investigation by the International Criminal Court (ICC) into the killing of veteran Al-Jazeera journalist Shireen Abu Akleh, amid growing and overwhelming evidence of Israeli responsibility. In May, Foreign Affairs Minister Mélanie Joly had called for a “thorough investigation” into the incident, but Israel’s recent military probe has failed to find any responsibility, despite admitting that Israeli forces most likely killed her. CJPME argues that Canadian support for an ICC investigation is necessary due to the inability and unwillingness ofIsrael to hold itself accountable.

“The evidence that Shireen Abu Akleh was deliberately killed by Israeli forces is overwhelming and undeniable. This was an assassination,” said Michael Bueckert, Vice President of CJPME. “If Canada’s words are to mean anything, it must give its full support to the efforts by Abu Akleh’s family and others to seek justice at the ICC,” added Bueckert.

Earlier this month, an Israeli military probe admitted that there was a “high probability” that Israeli soldiers killed Abu Akleh, but declined to open a criminal investigation. In response, Israel’s Prime Minister Yair Lapid reaffirmed that he would “not allow” any soldier to be prosecuted. Meanwhile this week, Forensic Architecture and Al-Haq published the results of a forensic investigation which concluded that Israeli soldiers had targeted Abu Akleh “deliberately and explicitly,” and found that there were no Palestinian gunmen or crossfire in the area – completely debunking Israel’s claims that the incident could have been an accident. These findings reinforce the conclusions of previous investigations by Bellingcat, CNN, the Washington Post, and the Associated Press, which indicated that Abu Akleh was targeted by Israeli forces on purpose.

In another development this week, an official complaint over Shireen Abu Akleh’s killing was submitted to the International Criminal Court by the International Federation of Journalists (IFJ), the International Centre of Justice for Palestinians (ICJP), and Palestinian Journalists Syndicate (PJS), on behalf of Abu Akleh’s family. Similar initiatives have previously been announced by the Palestinian foreign ministry and Al Jazeera. CJPME notes that while Canada has formerly opposed the ICC investigation into alleged war crimes in Occupied Palestinian Territory (OPT), it has offered enthusiastic support to the ICC’s investigation in Ukraine, including by sending a team of RCMP officers. CJPME urges Canada to drop this double standard and accept the jurisdiction of the ICC over the OPT, and to give its full support to an ICC investigation into Abu Akleh’s death.