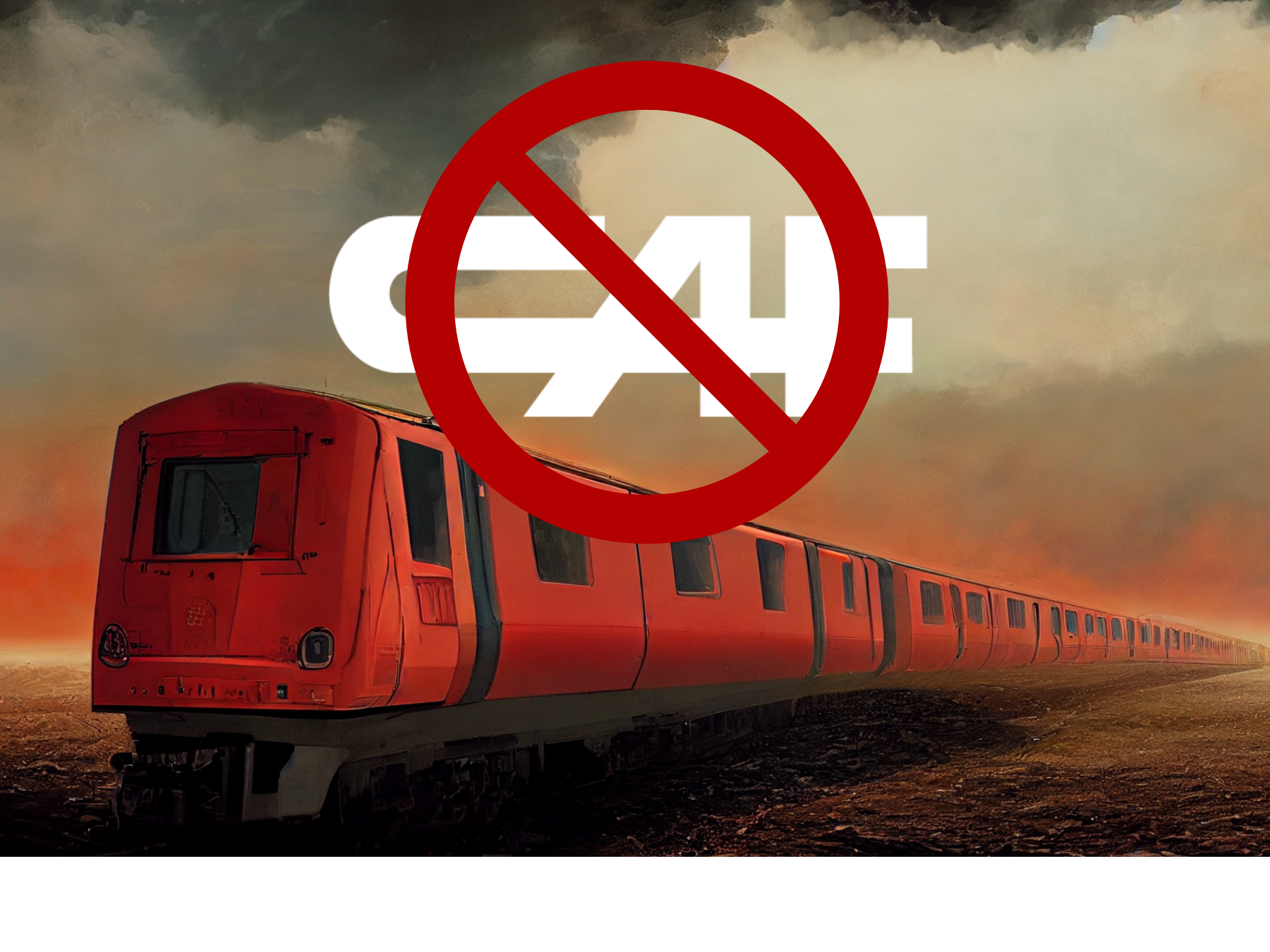 CJPME is a member of the CAF out of Calgary campaign, which is advocating against the city of Calgary's contract with CAF to expand Calgary's light rail system. CAF is unethically involved in a $2.5 billion CDN contract to expand the Jerusalem Light Rail (JLR) network – a system that further entrenches Israel's brutal apartheid treatment of Palestinians.

Calgary, Alberta – On October 5th, 2022 at 12:00 pm, Justice for Palestinians (JfP) and Canadians for Justice and Peace in the Middle East (CJPME) will be launching a campaign called “CAF out of Calgary”, to take place in front of the Calgary Municipal Building. The campaign is intended to pressure Mayor Gondek, Calgary City Council, and the Green Line Board to terminate their contract with CAF (Construcciones y Auxiliar de Ferrocarriles), the Basque multinational corporation that the Green Line Board awarded the light rail vehicle (LRV) procurement contract to, with construction set to begin in 2023.

CAF is a company that has deep relations with Israeli companies involved in the construction of the Jerusalem rail line which is in the process of being expanded to connect illegal Israeli settlements to Jerusalem, as part of the larger annexation of occupied East Jerusalem. This is a continuation of the land theft that has been occurring in the neighborhoods of Sheikh Jarrah and Silwan, which has been thoroughly documented and continues to be covered by the media in recent years.

“It is critical that Calgarians and Canadians are made aware of the types of relationships their city leadership is fostering, especially with a $5.5 billion investment from our local, municipal,l and federal governments,” said Saba Amro of Justice for Palestinians in Calgary.

CAF’s complicity with and profiteering from Israeli apartheid, illegal annexation of Palestinian land, and ethnic cleansing of the indigenous population has been well researched and documented by activists in Calgary and across the globe. This campaign is a call to action to urge the City of Calgary to drop this contract as long as CAF is involved in the expansion of the Jerusalem Light Rail into Occupied Palestine.

“Awarding a large contract to CAF is unethical, and turns a blind eye on CAF’s involvement with Israeli institutions and companies which have been repeatedly and harshly condemned for their human rights violations against Palestinians,” said Thomas Woodley with CJPME, adding that “publicly funding CAF for the Calgary Green Line is tantamount to putting a stamp of approval on Israel's policies, laws, and practices that oppress and harm Palestinians.” The October 5th noon hour launch will include music, local and national speakers, and media, followed by detailed actions that can be taken to continue the work that activists in Calgary began after Mayor Jyoti Gondek announced this deal in November 2021.

For more information please visit @JFPCalgary on Facebook or www.cafoutofcalgary.ca