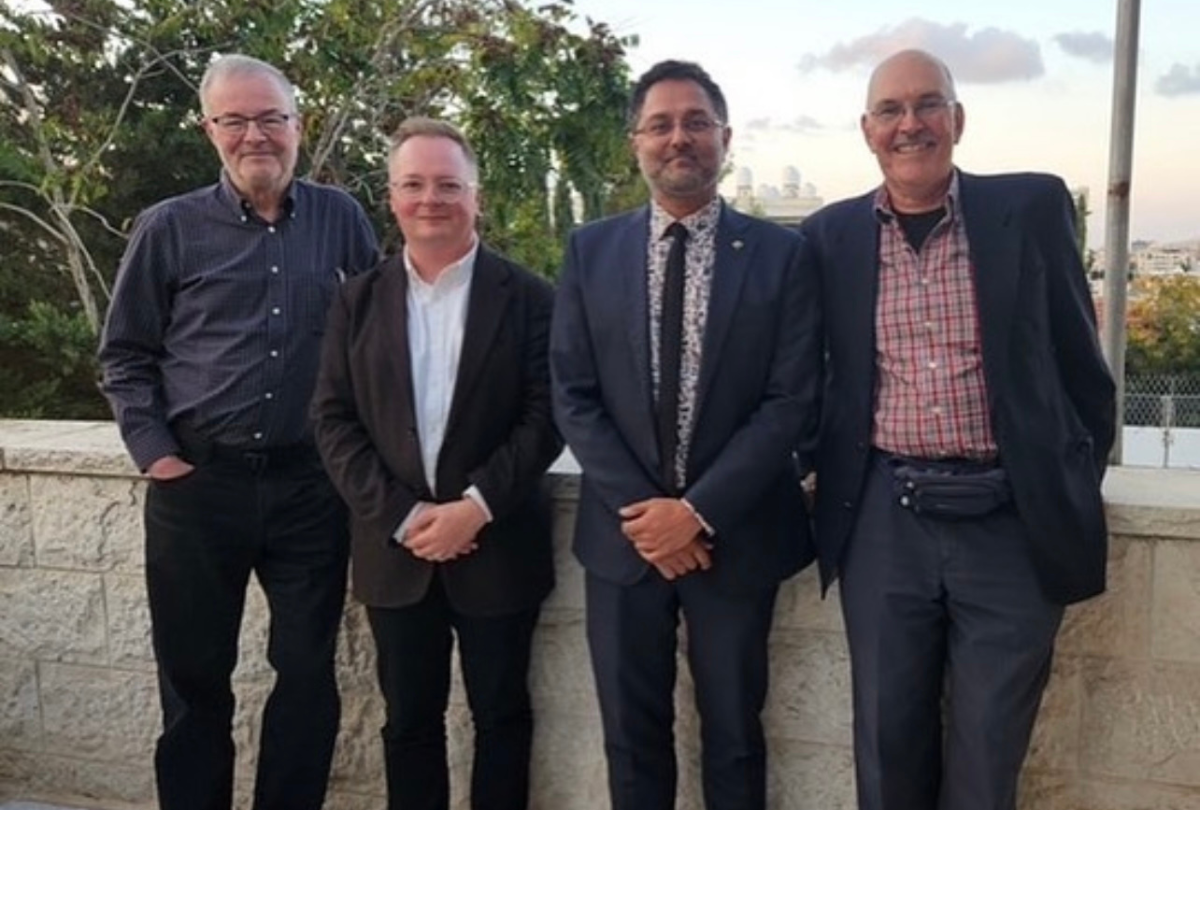 Montreal, November 7, 2022 — Last week in Ramallah, in a meeting with Canada’s mission to the Palestinian Authority, Canadians for Justice and Peace in the Middle East (CJPME) drew urgent attention to the issue of Israel’s violent repression of Palestinian human rights organizations.

In a useful but frank meeting with Canada’s new Representative to the Palestinian Authority, David Da Silva, CJPME Vice President Michael Bueckert highlighted the existential threat faced by six of Palestine’s most prominent human rights organizations and urged Canada to denounce Israel’s criminalization of these groups. Bueckert is currently visiting Palestine on a delegation with representatives of the Ottawa Forum on Israel Palestine and the United Network for Justice and Peace in Palestine and Israel (UNJPPI).

“Canada’s ongoing silence as Israel escalates its persecution of Palestinian human rights defenders is unacceptable,” said Michael Bueckert, Vice President of CJPME. Bueckert was told by Da Silva that instead of being vocal on various issues, Canada believes it is better able to leverage its friendship with Israel behind the scenes. However, CJPME notes that this means that Canada effectively does not take a public position on many serious human rights issues. “Canada should be open and direct in challenging Israel’s violations, instead of asking Canadians to trust that they are saying the right thing behind closed doors,” added Bueckert.

Earlier on the same day, CJPME and other delegation members had visited the Ramallah offices of Defence for Children International – Palestine (DCIP) and Addameer, two of the organizations recently criminalized by Israel. Both organizations described the state of insecurity and uncertainty that Israel’s false “terrorism” designations have caused, with employees in constant fear of being arrested and prosecuted at any time. Both organizations stressed the need for Canada to demand that Israel revoke the designations, but confirmed that Canada has been “missing in action.”   In contrast, many European states have publicly criticized Israel’s repressive actions and have offered support to the six organizations. CJPME and the delegation raised these concerns with Canada’s mission.

The delegation also raised the consensus in the human rights sector that Israel is practicing apartheid against the Palestinians, as detailed in multiple major reports by Amnesty International, Human Rights Watch, UN experts, and Israel’s largest human rights group B’Tselem. Canada has rejected all of these reports out of hand without offering any explanation. When pressed, however, Canada’s mission was still unable or unwilling to provide a single reason or explanation for rejecting the analysis of Amnesty International or the other organizations. CJPME emphasized that the government will have to engage with the reality of apartheid eventually, and looks forward to further consultations on these matters.