Advocacy and anti-racism organizations ask London, ON school to issue an apology for anti-Palestinian racist incident 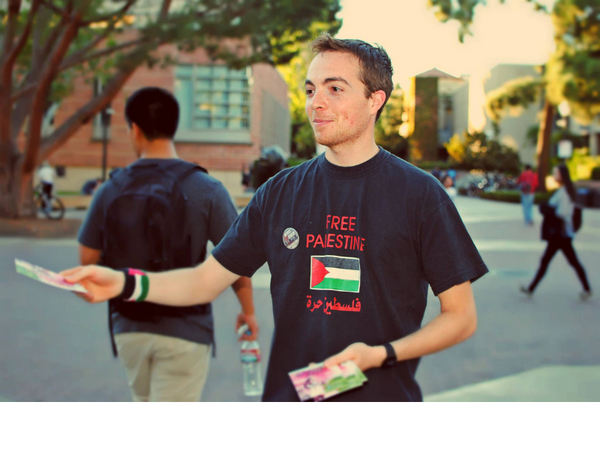 Montreal, November 14, 2022 — Canadians for Justice and Peace in the Middle East (CJPME) and Canadians United Against Hate (CUAH) are calling on the Thames Valley District School Board (TVDSB) to take accountability for an incident of anti-Palestinian racism that occurred when it issued its school dress code on Oct. 31.  In the on-line FAQ for the new school dress code, a “Free Palestine” t-shirt was used as an example of school dress which would “promote or incite… violence.”

While the School Board quietly removed this example about 9 days later – likely due to public complaints, CJPME and CUAH believe that the Board must publicly apologize to its students and to the Palestinian-Canadian community for this attack on their freedom of expression rights.

“The TVDSB’s decision to use a ‘Free Palestine’ t-shirt as a dress code example that would promote or incite violence is a textbook example of anti-Palestinian racism,” asserted Thomas Woodley, president of CJPME.

CJPME and CUAH point out that the Arab-Canadian Lawyers Association (ACLA) published a report earlier this year in which they defined anti-Palestinian racism (APR).  The ACLA report describes APR  as a form of racism that silences, excludes, erases, stereotypes, defames or dehumanizes Palestinians or their narratives.  “The ‘Free Palestine’ slogan is obviously a call for freedom from oppression and colonial domination, much as the ‘Free Ukraine’ slogan is a call for freedom for the people of that nation,” continued Woodley.

“That the TVDSB would use this example in its FAQ is offensive and hurtful, both to the district’s students, and to the broader Palestinian-Canadian community,” said Fareed Khan, Founder of CUAH.  He added, “Many Palestinian came to Canada as immigrants and refugees fleeing Israeli oppression and brutality in historic Palestine, and later from Israeli occupied territories.  The TVDSB’s actions are notable for in their ignorance of the history of the Palestinian people, and insensitivity to what Palestinians have endured at the hands of their oppressor.”

CJPME and CUAH point out that major international human rights organizations, including Amnesty International, Human Rights Watch, and Israel-based B’Tselem, have recently issued reports detailing how Israel is practicing the crime of Apartheid against Palestinians.  Even former Israeli attorney general Michael Ben-Yair says his country is an “Apartheid regime”.

The recent incident at the TVDSB suggests that Palestinian students in the district are not free to talk about Israel’s egregious human rights abuses against Palestinians.  As such, Palestinian-Canadian narratives and freedom of expression rights are suppressed and Palestine-Canadians end up facing more harm and trauma for being targeted for their racial identity.  This is unacceptable and the TVDSB needs to apologize unreservedly for their actions.

About CUAH – Canadians United Against Hate / Canadiens Unis Contre la Haine is an advocacy and activist group that informs and connects Canadians committed to combatting hate, hate speech, bigotry, racism, and xenophobia in this country, and challenges the structural and systemic racism and hate in Canada which allows racist and xenophobic narratives to be perpetuated.

Canadians for Justice and Peace in the Middle East www.cjpme.org, and Canadians United Against Hate, https://www.facebook.com/groups/CanadiansAgainstHate / https://twitter.com/AgainstHateCa