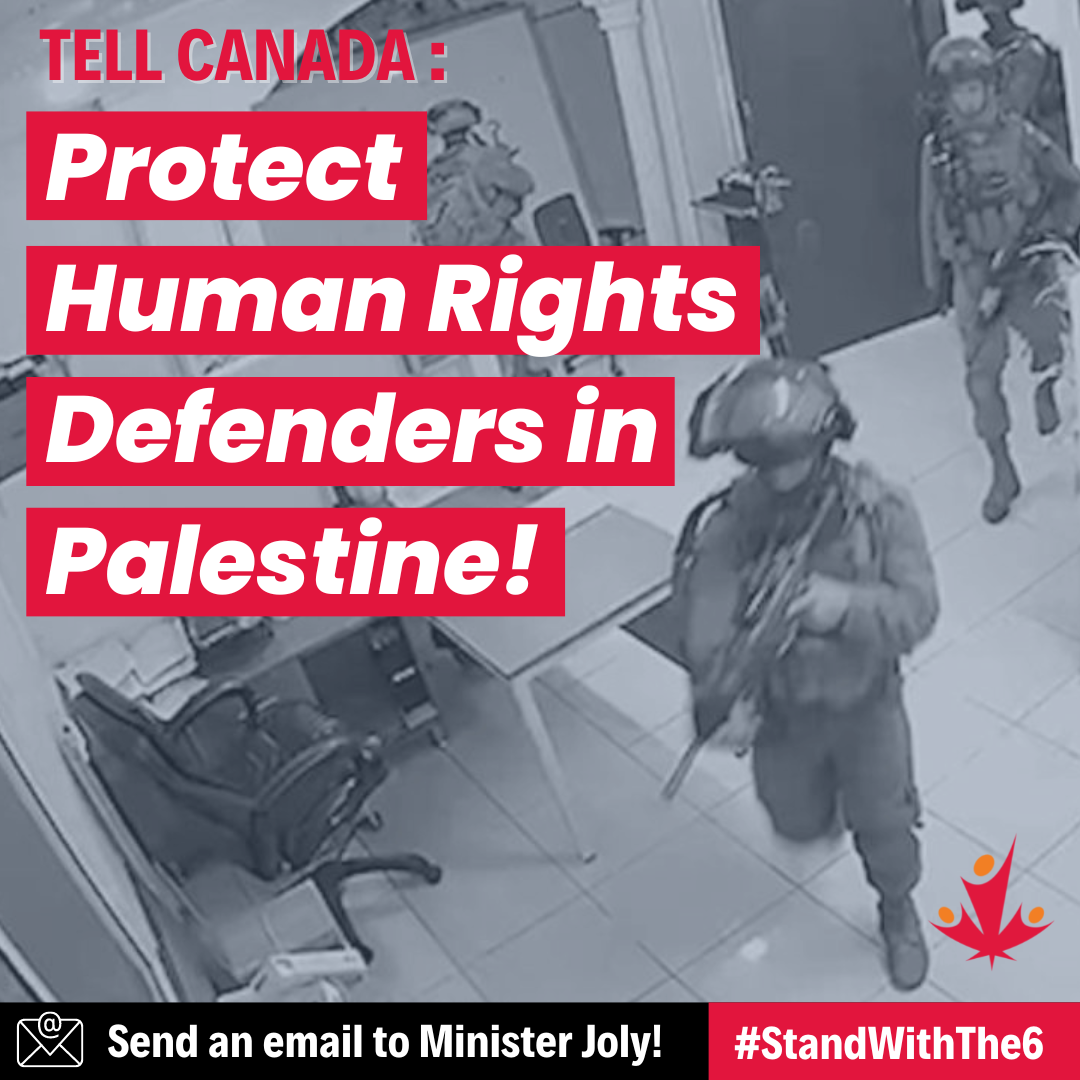 Human rights defenders in Palestine are under attack! In October, the Israeli government falsely designated six leading Palestinian NGOs as “terrorist” groups, in a clear attempt to outlaw them and shut down their human rights work. Now, Israel has been conducting militarized raids on the NGO offices in Ramallah, and is threatening their staff with interrogation and possible arrests.

If any other country was shutting down premier human rights organizations, we would expect a strong response. Instead, Canada has only expressed its “concern,” saying they are seeking information from Israel. Canada’s ongoing inaction has emboldened Israel to escalate its attacks. Israel MUST face meaningful consequences for its actions!

Use the fields below to send an email to the Foreign Affairs Minister, your local MP, and other federal political leaders and diplomats. Canada must take action to protect human rights defenders!