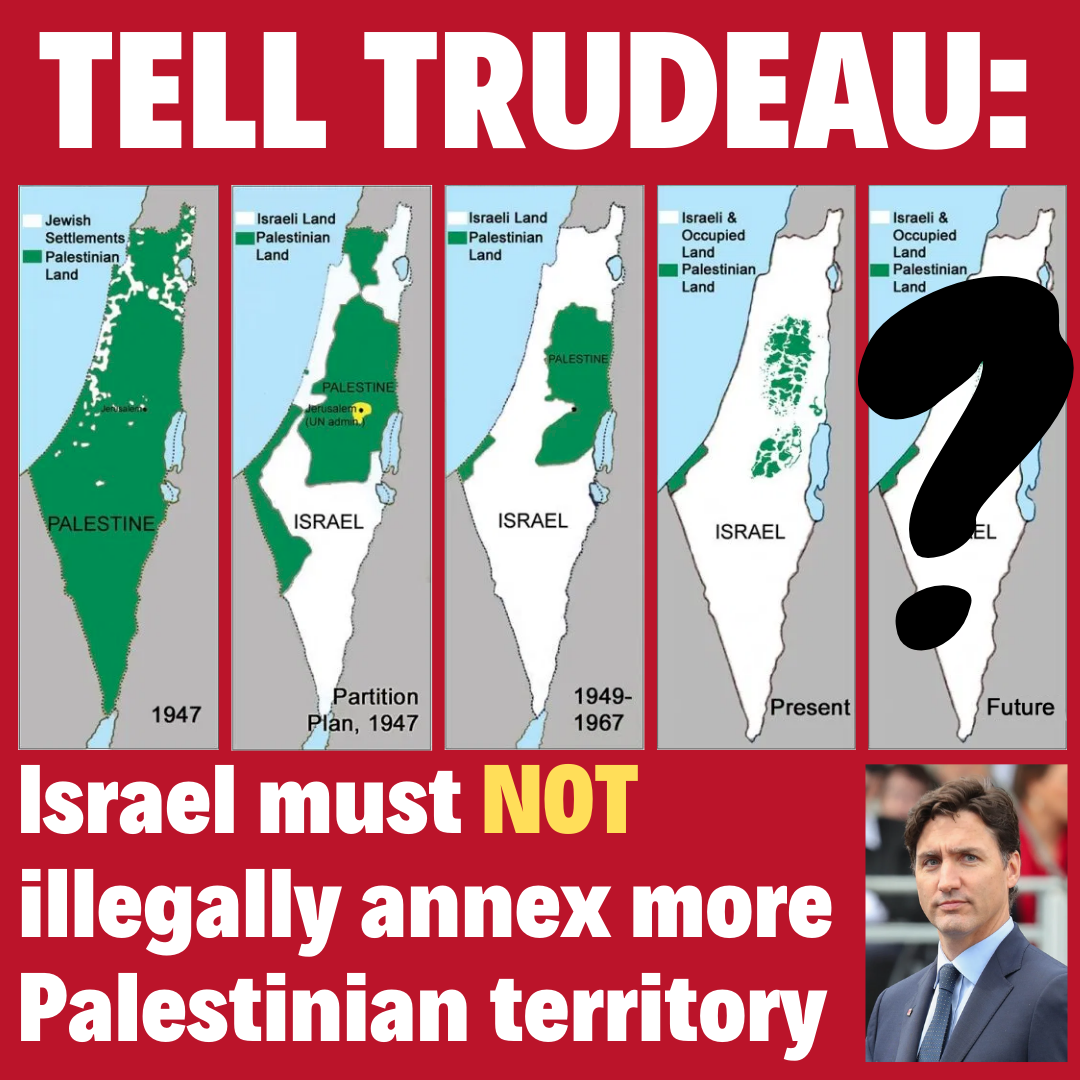 Last month, Israeli politicians announced a plan that would illegally annex large portions of the West Bank to Israel. This plan, in accordance with Trump’s “Deal of the Century” could be implemented as early as July 10. In a despicable move, the new Israeli government has used the distraction of the worldwide Coronavirus pandemic to proceed with this unilateral and illegal plan.

Use the fields below to tell Trudeau, your local MP, and other political leaders in Canada: STOP ISRAEL'S ILLEGAL ANNEXATION IN THE WEST BANK!