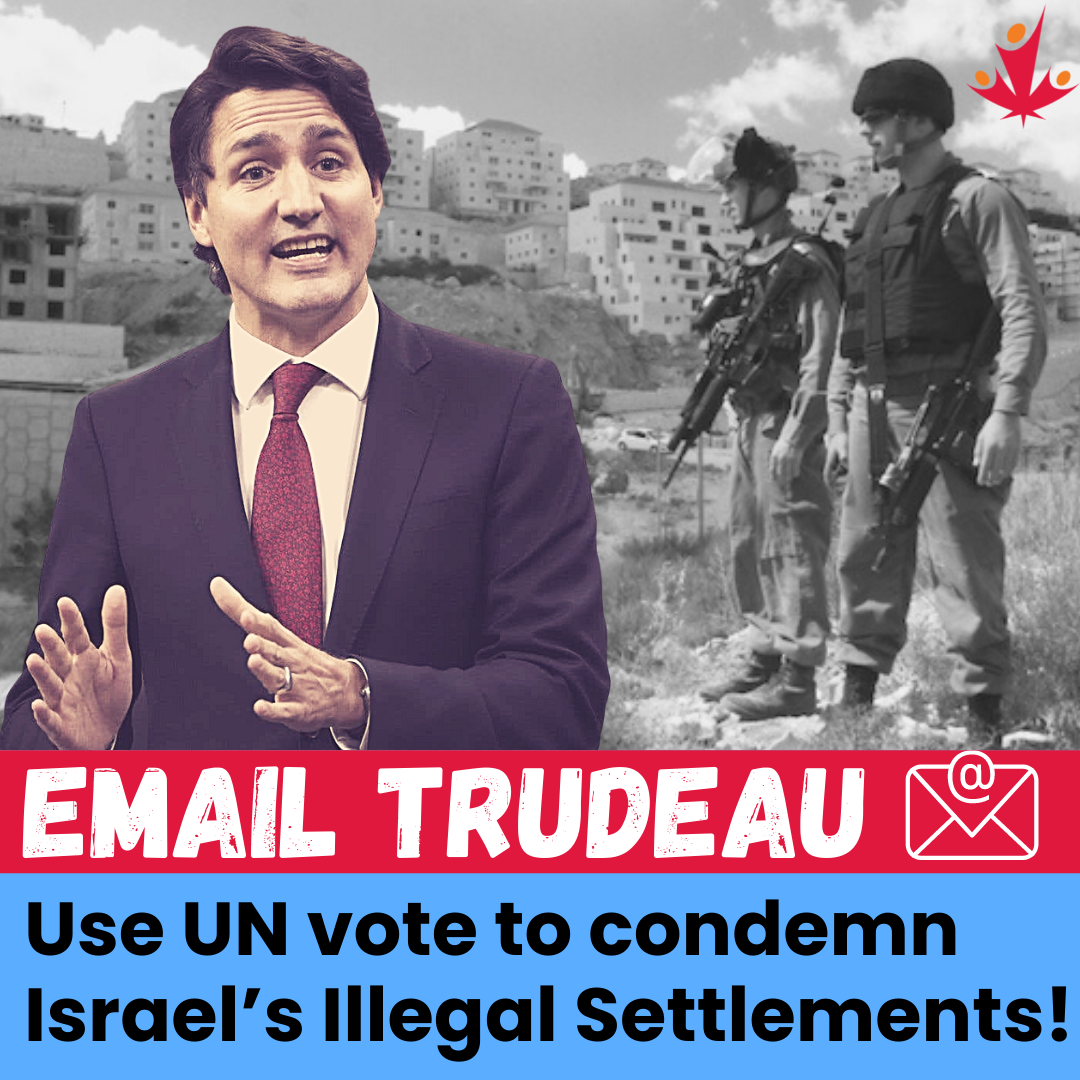 In the coming days, Canada will be voting on an important UN resolution regarding Israel’s settlements (a.k.a. colonies). The resolution affirms that settlements are both illegal and an obstacle to peace, and calls for Israel to stop all settlement activity.

Although Canada’s support for this motion should be a given, Canada has actually voted AGAINST this motion for the last ten years, and has indicated that it plans to do so again! This shameful approach sends a message that Canada supports Israeli war crimes and the theft of Palestinian land.

Use the fields below to send an email to the Prime Minister, Cabinet Ministers, UN ambassador, and your local MP. Rather than protecting Israel from criticism, Canada must vote to condemn settlements and uphold international law!