CJPME Factsheet 34, published April, 2008: In 2007, Prof. John Mearsheimer of the University of Chicago, and Prof. Stephen Walt of HarvardUniversity (M&W) published a book entitled The Israel Lobby and U.S. Foreign Policy.  Their book focused on the Israel Lobby in the U.S., and the means by which it has often caused the U.S. to act against its own strategic interests in the Middle East.  While initially applied to the U.S., many of M&W’s theses apply directly to the influence of the Israel Lobby in Canada and Canadian interests in the Middle East.

Factsheet Series No. 34, created: April 2008, Canadians for Justice and Peace in the Middle East
View factsheet in PDF format 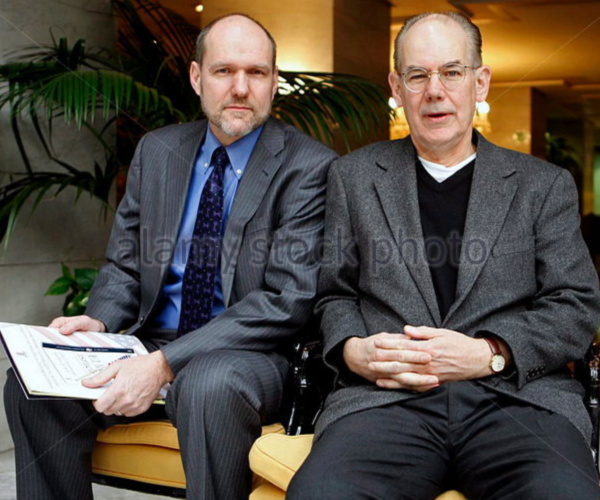 In 2007, Prof. John Mearsheimer of the University of Chicago, and Prof. Stephen Walt of HarvardUniversity (M&W) published a book entitled The Israel Lobby and U.S. Foreign Policy.  Their book focused on the Israel Lobby in the U.S., and the means by which it has often caused the U.S. to act against its own strategic interests in the Middle East.  While initially applied to the U.S., many of M&W’s theses apply directly to the influence of the Israel Lobby in Canada and Canadian interests in the Middle East.

What is the Israel Lobby in Canada & what strategies does it pursue?

M&W define the Israel Lobby as “a loose coalition of individuals and organizations who actively work to shape… foreign policy in a pro-Israel direction.” [i]  M&W emphasize that while there are many groups in the U.S. – both Jewish and non-Jewish – which constitute the Israel Lobby, the American-Israel Public Affairs Committee (AIPAC) is by far the most powerful and well-known among them.  M&W point out that by one assessment, AIPAC is considered the second most powerful lobby in Washington. [ii]

In Canada, many important Jewish elements of the Israel Lobby have undergone a transformation in recent years, culminating in late 2005 with a consolidation of interests in the Canadian Jewish Political Affairs Committee (CJPAC.  www.cjpac.ca)  This consolidation to form CJPAC was driven by the Canadian Council for Israel and Jewish Advocacy (CIJA), a group of Jewish business leaders organized in 2002 with the intent of harmonizing policy initiatives in Canadian Jewish organization.  The leaders of CJPAC and its predecessor (CIJA-PAC) have attended each annual AIPCA conference since 2003, and the Canadian Jewish News reported that “AIPAC plays an advisory and mentoring role for CIJA-PAC.” [iii]  Sylvain Abitbol of the Canadian Jewish Congress pointed out that, with 2,000 members CJPAC is almost comparable on a per capita basis to AIPAC. [iv]

M&W describe the Lobby’s two main strategies as 1) making the support of Israel come across as “the ‘smart’ political choice,” and 2) “to ensure that public discourse about Israel portrays it in a positive light, by repeating myths about Israel and its founding…  The goal is to prevent critical commentary about Israel…” [v]  To M&W’s point, the Israel Lobby in Canada frequently refers to its strategy to promote the “shared values” between Canada and Israel. [vi]  The effectiveness of the Lobby’s efforts was revealed as early as 2005 when then Prime Minister Paul Martin stated, “Israel’s values are Canada’s values – shared values – democracy, the rule of law, and the protection of human rights.” [vii]

Can support for Israel be justified as “Aiding a Fellow Democracy”?

Despite Paul Martin’s assertion in 2005 that Canada and Israel share a similar democratic value, M&W point out that important elements of Israel’s democracy are contrary to American – and presumably Canadian – values.  In Canada, individuals of any race, religion and ethnicity enjoy equal rights.  “By contrast, Israel was explicitly founded as a Jewish state and citizenship is based on the principle of blood kinship.” [viii]  M&W point the reader to the report of the Or Commission, an Israeli panel of inquiry which found in 2003 that Israel treats Arabs in Israel in a “neglectful and discriminatory” manner.  M&W also point the reader to discriminatory laws, among them a law which prevents Palestinians who marry Israeli citizens from becoming citizens themselves.  “Such laws may be understandable given Israel’s founding principles, but they are not consistent with America’s [and presumably Canada’s] image of democracy.” 8

Finally, concerning Israel’s democratic values, M&W point out that Israel’s refusal to grant the Palestinians a viable state of their own gravely undermines their “democratic status.”  Living under Israeli military law, 3.8 million Palestinians in the West Bank and Gaza are denied full civil and political rights as Israel’s illegal occupation advances into its 41st year. 8

M&W point out that one strategy the Israel Lobby uses is to “[portray] Israel as a country that has sought peace at every turn and showed great restraint even when provoked.” [ix]  Nevertheless, in terms of its actual behaviour, M&W show that “Israel’s conduct is not morally distinguishable from the actions of its opponents.” 9  M&W document numerous examples throughout Israel’s 60-year history where Israeli behaviour was “brutal, belying claim to morally superior conduct.” [x]   Among their examples, M&W cite 1) the killing of thousands of Arab infiltrators  between 1949 and 1956, 2) the murder of hundreds of Egyptian prisoners of war from the 1956 and 1967 wars, 3) the torture, humiliation and brutality of Palestinian civilians in the Occupied Palestinian Territories (OPT) during the First Intifada, 4) the indiscriminate Israeli violence against Palestinian civilians in the OPT during the Second Intifada.  In the last example, M&W point out that the ratio of Palestinian to Israeli children killed during the Second Intifada was 5.7 to 1. 10

Aren’t Canada and Israel allies against a common terrorist threat?

M&W note that since 9/11, American – and presumably Canadian – support for Israel has been justified by the assertion that both states face a common terrorist threat.  In March, 2008, for example, Canada’s Minister of Public Security signed a Declaration of Intent for cooperation with Israel in “public safety.”  The Minister’s Israeli counterpart was quoted as saying that the Declaration provided, “an opportunity for Canada and Israel to strengthen their commitment to safeguarding their citizens and respective national interests from common threats.” [xi]

M&W contend that the “shared threat” argument implies that Western governments should “give Israel a free hand in dealing with the Palestinians and not press Israel to make concessions until all Palestinian terrorists are imprisoned or dead.” [xii]  Israel is also presented as a key partner in the so-called war on terror because Israel’s enemies, e.g. Iran and Syria, are also supposedly Canada’s enemies.  Yet M&W point out the many flaws in this line of reasoning:


[i] “The Israel Lobby and U.S. Foreign Policy (Working Paper),” John J. Mearsheimer and Stephen M. Walt, March 2006, p. 14.  A copy of the Mearsheimer and Walt Whitepaper can be found at http://mearsheimer.uchicago.edu/pdfs/A0040.pdf