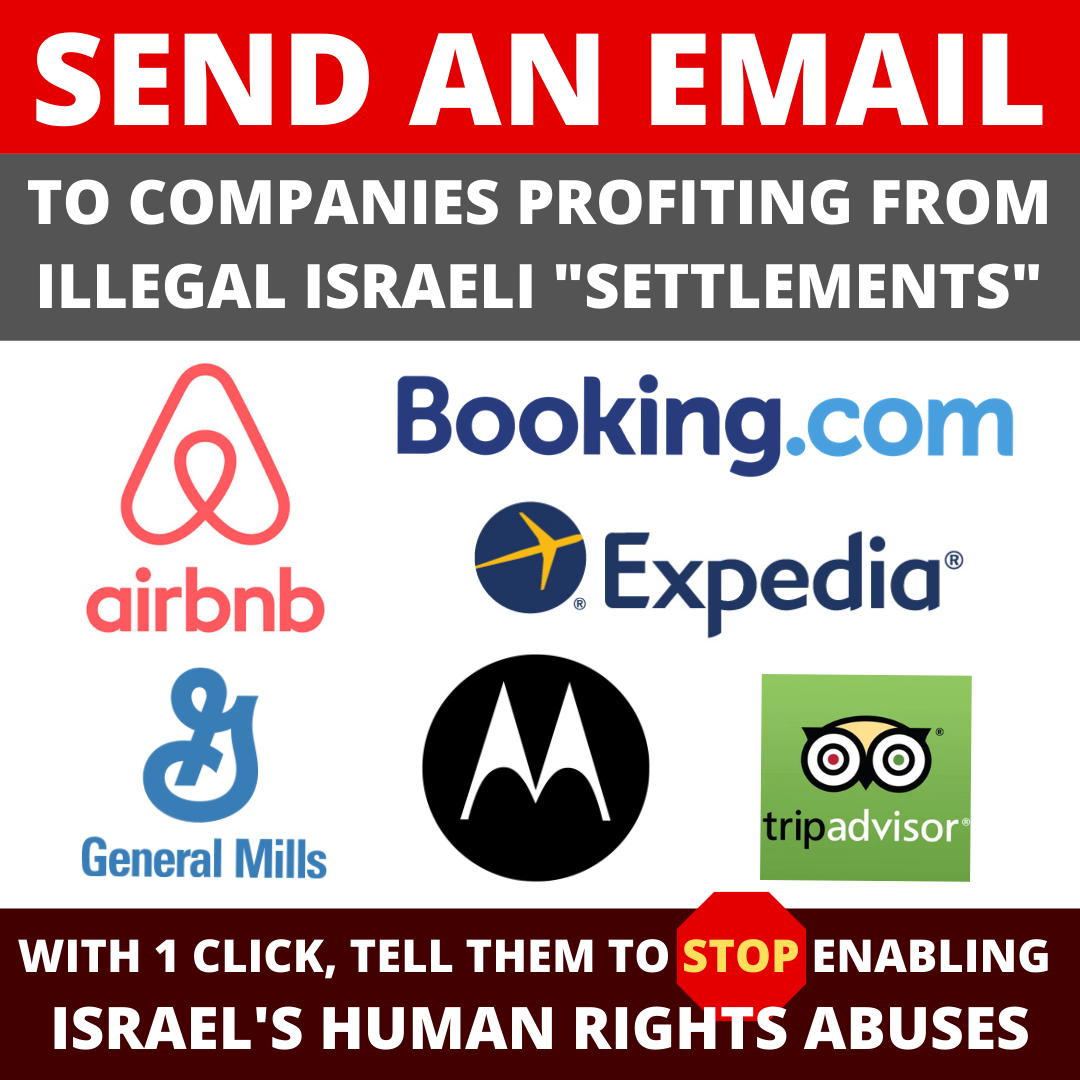 Tell these companies that their complicity in supporting Israel’s illegal settlements is WRONG, and that you will BOYCOTT them until they end their involvement with Israel’s settlements.