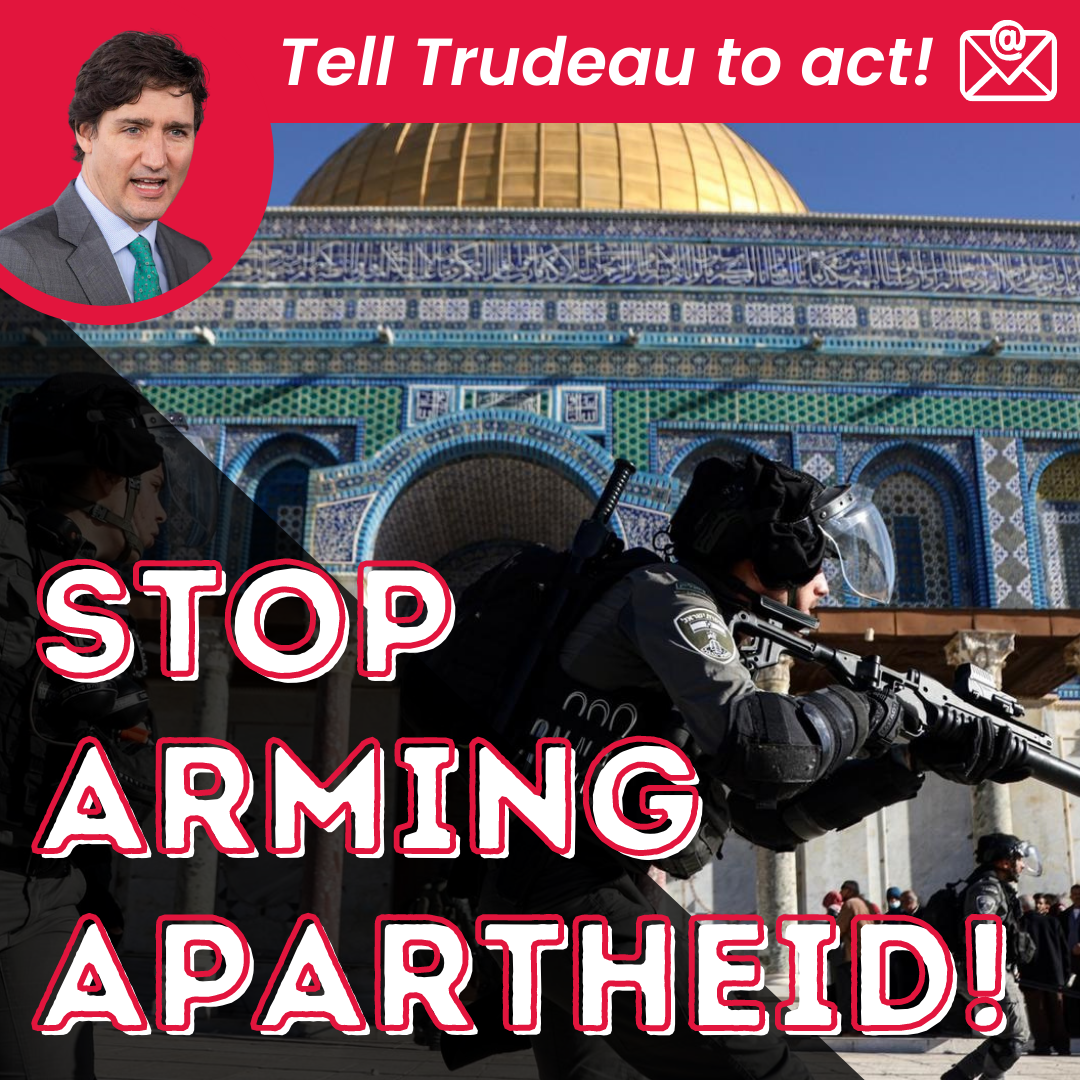 As revealed in CJPME's "Arming Apartheid" analysis, Canada is selling almost $20 million in arms to Israel each year – its highest level in 30 years! At the same time, Israeli forces continue to violently raid Al-Aqsa and across occupied Palestine, and human rights organizations – including Amnesty International – have all recently concluded that Israel imposes an apartheid regime against Palestinians!

There is no excuse for Canada to continue exporting arms to a country practicing apartheid and other abuses. Help us push the Canadian government to suspend arms exports to Israel, and investigate whether Canadian-made weapons have been used against Palestinian civilians! Canada must end its complicity now!