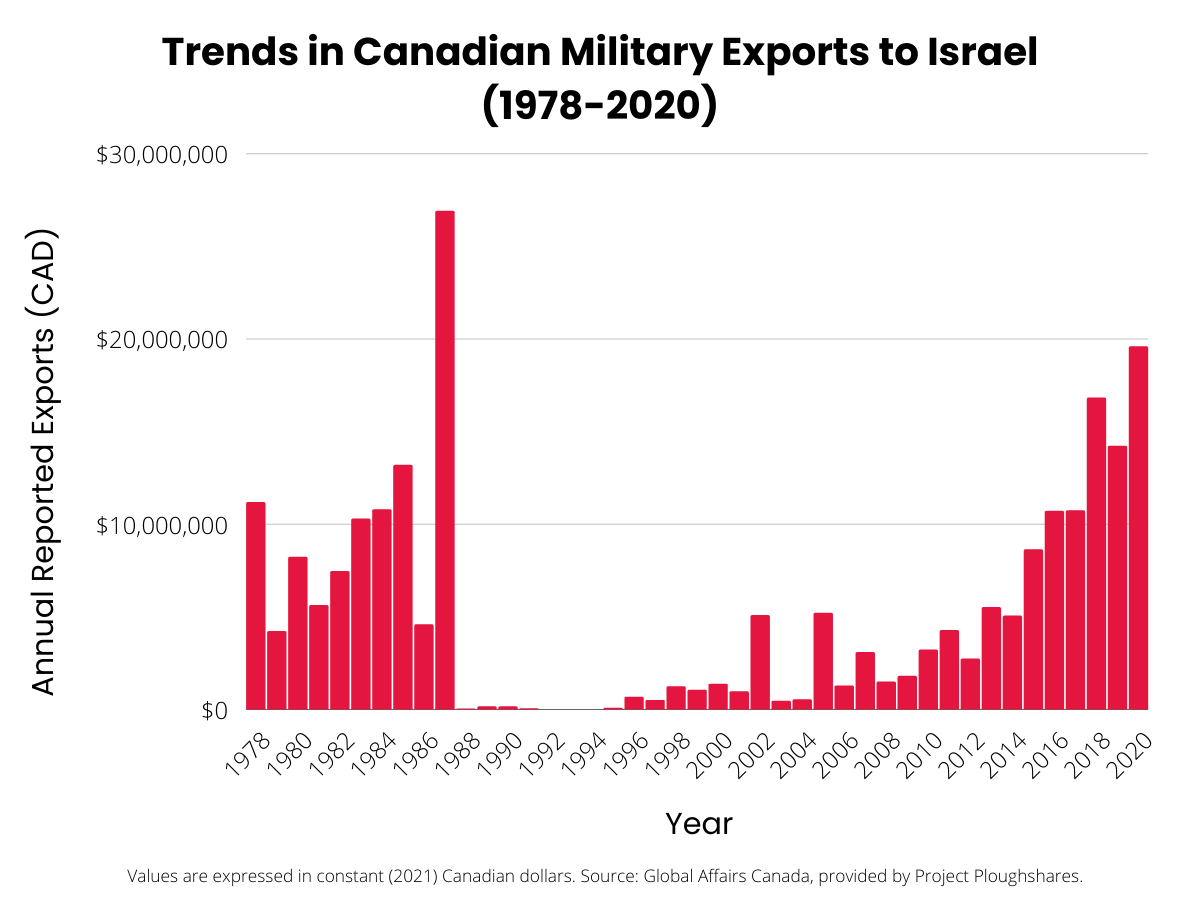 The annual value of Canada’s exports of military goods to Israel have been accelerating in recent years, and in 2020 reached their highest level in over three decades, even when adjusted for inflation.

This current trend has continued despite the well-documented problem of ongoing Israeli violence against Palestinians, including (but not limited to) repeated military offensives in the Gaza Strip and armed violence conducted in the context of a military occupation. This trend also continues at a moment when Israel’s practices are increasingly understood as amounting to apartheid – a crime against humanity under international law – according to Amnesty International, Human Rights Watch, and a multitude of Palestinian and Israeli organizations.

In other words, Canada’s arms exports are going in the wrong direction, with military transfers rapidly increasing even as it becomes increasingly impossible to ignore the severity of Israeli violations. This presents a very serious risk that Canada’s arms exports to Israel could be used be used to commit or facilitate violations of international human rights law, international humanitarian law, and other abuses.

Within the last several years, increased awareness and support for Palestinian human rights in Canada has translated into growing support for imposing an arms embargo on Israel, which has been endorsed by the New Democratic Party, the Green Party of Canada, the Canadian Labour Congress, Amnesty International, and other civil society actors (See Appendix A). However, there has been a lack of research into this subject which could provide context for this debate and inform policymakers and the public at large.

This report presents data related to Canada’s export of military goods to Israel; this includes the current values and historical trends, the types of goods being exported, and the potential risk that these exports may contribute to a deteriorating situation for human rights and international law. This report also situates the current trend within an historical context, which reveals that there is precedent for restricting sales to Israel over concerns about human rights and military aggression.

Some of the key findings in this report include:

The report further argues that Israel’s military occupation, repeated military offensives, and crimes against humanity of apartheid, present a situation of extreme risk in which Canadian exports may be contributing to violence against civilians and breaches of international law. The continued transfer of military goods into this context is inconsistent with Canada’s obligations under international treaties, and violates the spirit and intent of the Arms Trade Treaty (ATT).

The report recommends that Canadian officials take immediate and proactive measures to eliminate the risks associated with its arms exports to Israel, by:

1) suspending all military trade with Israel until it ends its military occupation of Palestinian territories, dismantles its apartheid policies, and complies with international law; and

2) launching a parliamentary study to determine whether past and current Canadian arms exports have been used against civilians in the Occupied Palestinian Territory (OPT) or in airstrikes on Gaza. 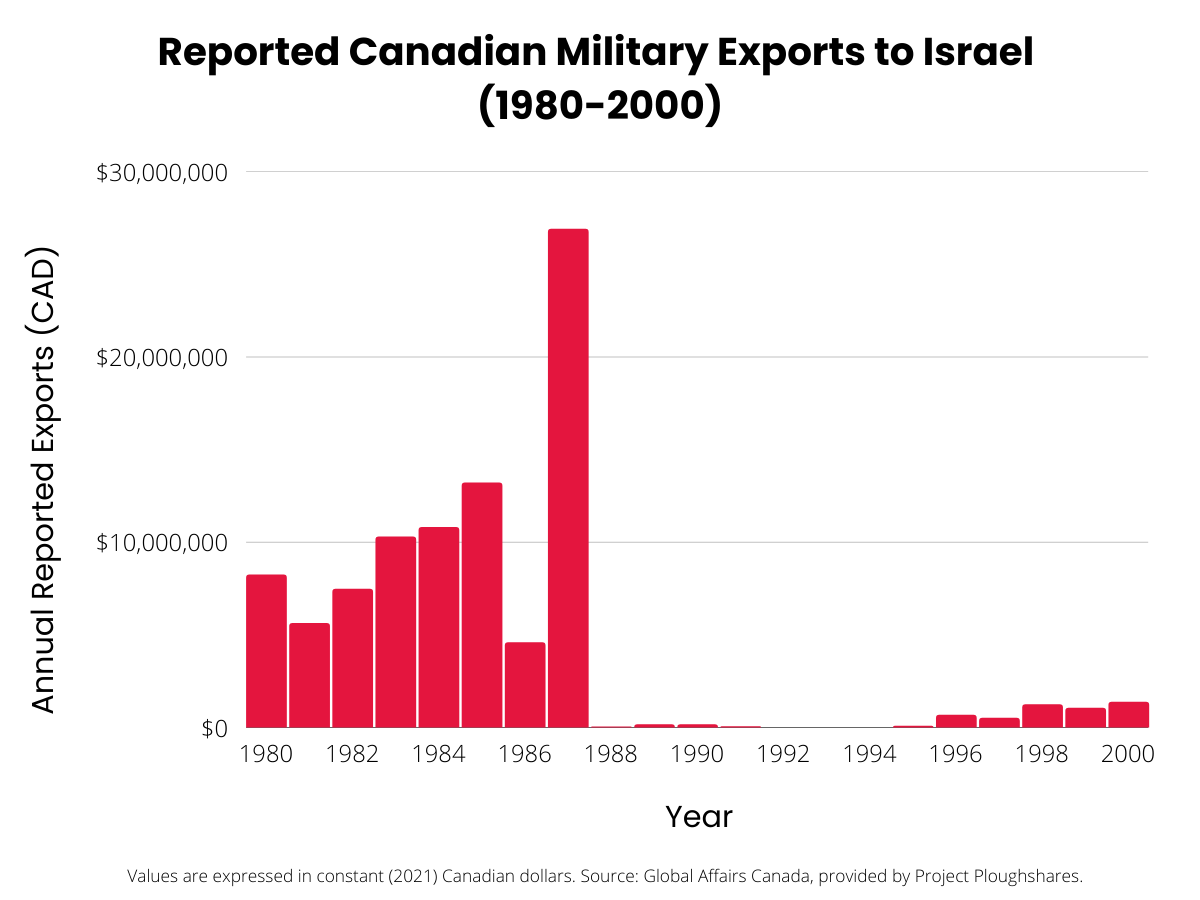 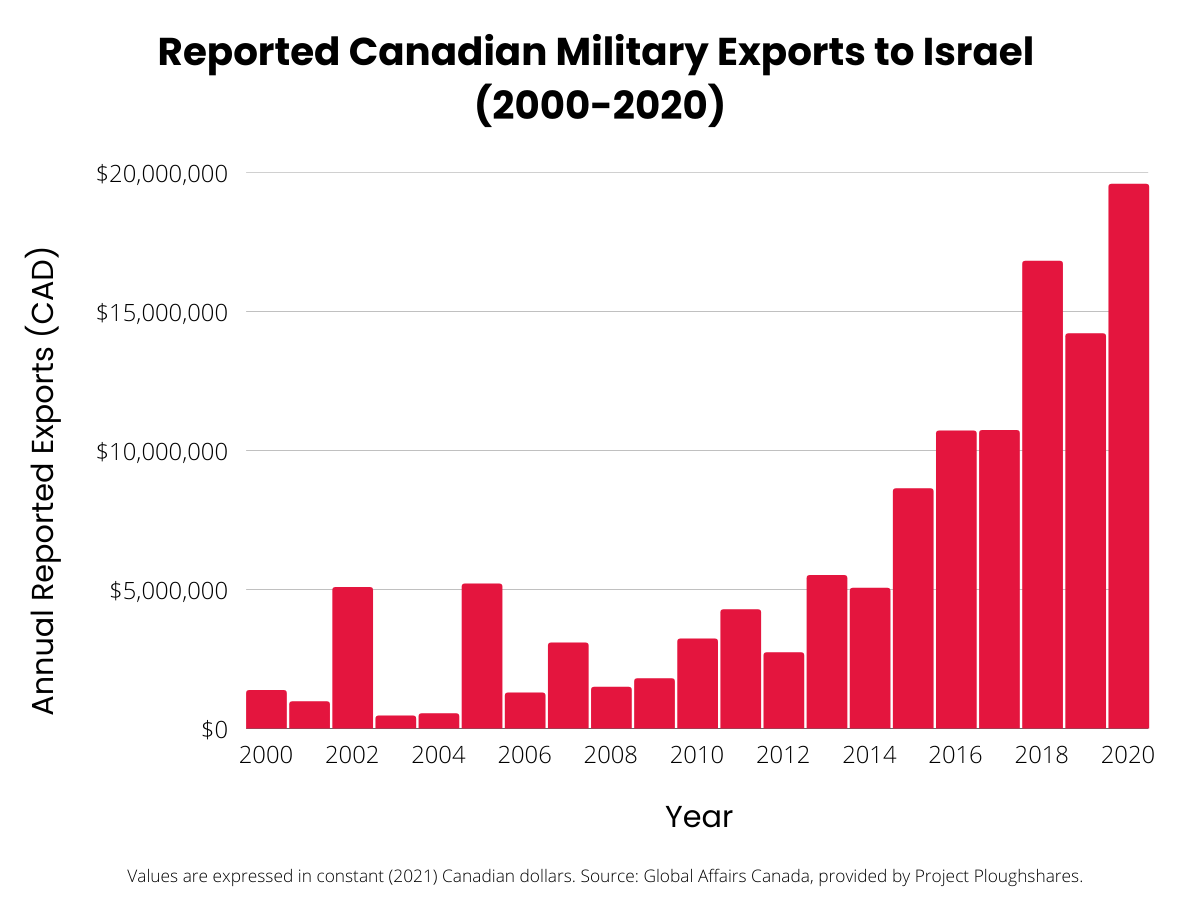