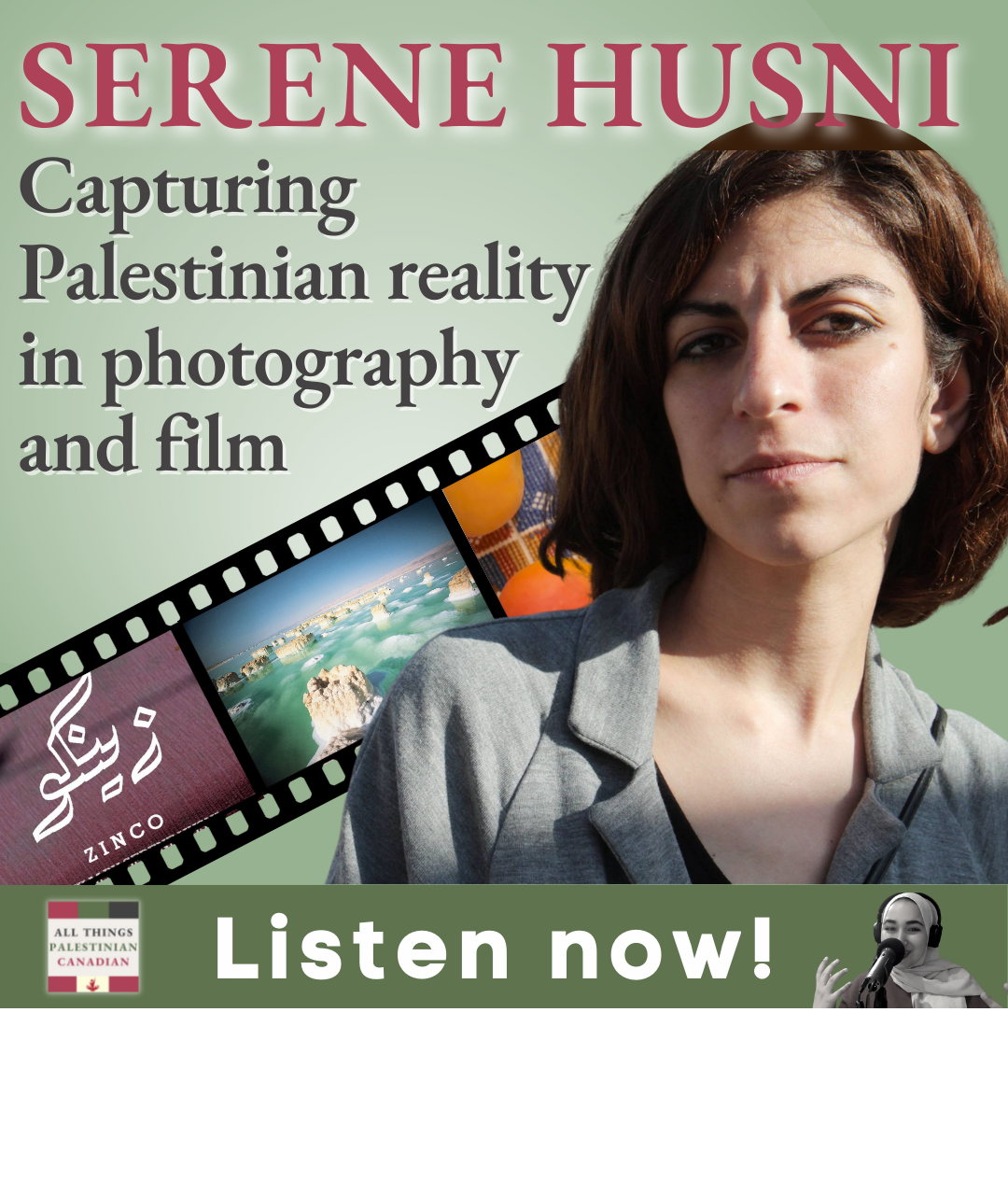 In this episode, we are joined by Serene Husni, a video editor, mentor, writer and translator. A Diasporic Palestinian and immigrant from Jordan turned Canadian settler, she calls herself “a displaced human existing between multiple cultures, languages, and locales.” She creates most of her own work in her mother tongue, Arabic. Freely available to watch online, her latest film “Brown Bread & Apricots” (2020) talks about the importance of the pantry in her father’s exiled Palestinian family. The film won the Qayrub Award for “Best Canadian Short Film” from the Toronto Arab Film Festival in 2022. She is also co-writer and co-editor of the recent feature documentary Eulogy for The Dead Sea (2022), directed by Polina Teif. Serene holds an MFA in Documentary Media from the Toronto Metropolitan University.