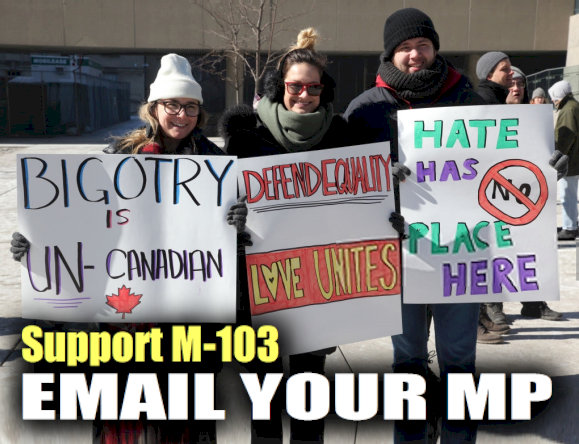 Tomorrow (Tuesday, March 21), Parliament will vote on MP Iqra Khalid’s proposed motion M-103. This motion calls on Parliament to condemn Islamophobia and all forms of systemic racism and religious discrimination. The motion also calls for studies on how to address the problem of growing Islamophobia in Canada. Such a motion will help raise awareness and combat racism against Muslims in Canada.

Email your federal MP now and tell him/her to support this motion! Start the process by entering your postal code below. Trudeau and the other federal party leaders will be copied.
NOTE: If your own postal code does not bring up an MP, please use L5L 5M5.