Given that the House of Commons yesterday passed a motion calling the government “to condemn any and all attempts by Canadian organizations, groups or individuals to promote the BDS movement, both here at home and abroad,” I anxiously await your condemnation.

Although I regret that I have not had the opportunity to promote the BDS movement abroad, I have done my utmost to promote it in Canada.  I note that you are required to condemn “any and all” attempts to promote BDS, so I will list as many of my attempts as I can think of below. 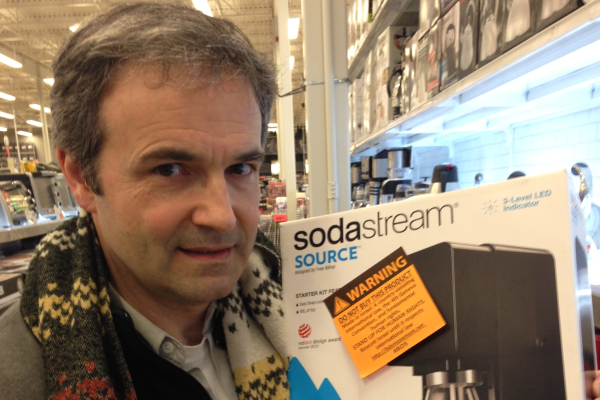 Before I jump into my list of transgressions, however, I thought you might want to know a bit about the BDS movement.  Surprisingly, I don’t believe its official, stated objectives were ever actually mentioned during the parliamentary debate on the motion.  I simple oversight, I suspect.

The first stated objective of the BDS movement is “Ending [Israel’s] occupation and colonization of all Arab lands and dismantling the Wall.” [i]  It’s almost as if the founders of the BDS movement were reading from Canada’s Global Affairs Website on the Israeli-Palestinian conflict where it says, for example:

The second stated objective of the BDS movement is “Recognizing the fundamental rights of the Arab-Palestinian citizens of Israel to full equality.” [v]  This is eerily similar to Canada’s Global Affairs commitment to human rights around the world:

The third stated objective of the BDS movement is “Respecting, protecting and promoting the rights of Palestinian refugees to return to their homes and properties as stipulated in UN resolution 194.” [vii]  I just double-checked and confirmed that in 1948, Canada indeed voted in favour of Resolution 194.   Canada’s consistency on this issue is reflected on Canada’s Global Affairs Website:

Although I’m still anxious to be condemned, I’m not sure I understand why you find it necessary to condemn me, given that the BDS movement is perfectly aligned with Canada’s official policy.  I certainly hope that when Parliament debates other laws and motions, the debate is more strongly based in documented facts and positions. Imagine how embarrassing it would be if the House of Commons were debating an energy pipeline, and got the starting and ending locations wrong.

As for my activities promoting BDS, I list the most “egregious” examples here, most of them performed in my capacity as President of Canadians for Justice and Peace in the Middle East:

While I could continue, I suspect that my “promotion” of the BDS movement as described above is sufficient for your condemnation.

As I reviewed the Parliamentary debate from last week, I saw some of the same questions that we get on our Facebook page.  Why, we are often asked, is your boycott targeting Israel alone?  There are many reasons, but let me identify a few of the core ones:

From the above, hopefully it is clear that, whereas other countries have human rights situations that need addressing, the Israel-Palestinian conflict is unique in many ways.

In the debate in Parliament, Members supporting the motion seemed convinced that supporters of BDS were motivated by anti-Semitism and/or a desire to destroy the state of Israel.  I suspect many of them have never actually met a supporter of BDS.  Please let them know that I would be happy to introduce them to “real live” Canadian BDS supporters, if they so wished.  They might be surprised to learn that many of the most ardent supporters of the BDS movement in Canada are Jewish-Canadians.

I have to admit that I am surprised to be facing your condemnation.  With your “Real change now” election slogan last Fall, I had quietly hoped that things might work differently in government if you were elected.  As you can probably imagine, the Harper Conservatives were pretty tough on people like me: people who questioned their ideology on Israel, womens’ rights, unrestricted trade, and the environment.  Nevertheless, with their majority, they never bothered to pass a motion which obliged them to call out and condemn “any and all attempts” by Canadian “organizations, groups and individuals.”  Hopefully, this motion is a reflection of your own attention to detail and your ambition to tackle big tasks.

As you can probably imagine, in the face of your opprobrium, I’m feeling pretty vulnerable now.  Nevertheless, I’ve realized that being condemned by Canada’s government, merely for supporting the human rights of Palestinians, might be the most admirable thing I’ll accomplish in my life.